This Week In Pods 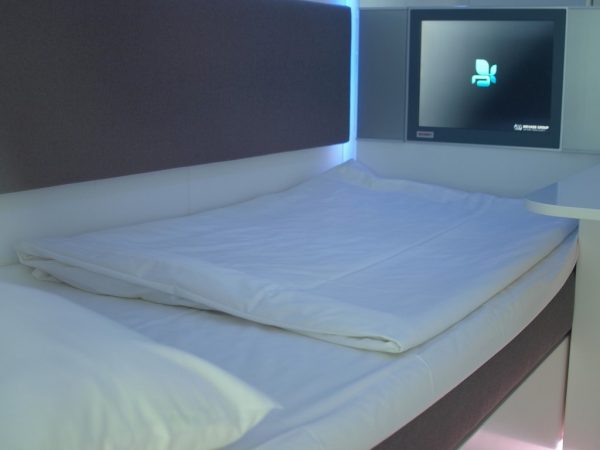 “Sleeping pod at the Munich airport,” taken in August 2009 by tomislavmedak, CC BY 2.0.

This week, we have THREE stories about three different companies trying to make airport (or airport-adjacent) sleeping pods happen:

The companies referenced are Sleepbox, aDream, and Jucy Snooze, respectively; so far, aDream is still in the design stage and Jucy Snooze will open its first airport-adjacent pod hotel in November 2016, with pods at $39 NZD ($28 USD) per night. You can spend an entire night at Jucy Snooze for what other hotels charge for breakfast buffets.

What about Sleepbox? They’re selling modular pod units, and you really need to visit the Sleepbox website to see it for yourself:

We have developed Sleepbox to facilitate everyone working and living at their peak levels. We achieve success by increasing the degree and quality of work-life integration, and by providing the flexibility to find the dynamic balance in our daily lives.

If that sounds like it was written by a robot, read this:

Convenience and ease of use allow you to recharge in your Sleepbox, then step right back into the center of attention.

But it’ll cost you more than $28 per night. CNN featured Sleepbox in 2012 and included this price point: “Sleepbox recommends a usage charge of U.S. $15 an hour.”

On that note: Sleepbox has been around at least since 2012, and airport pod beds, as a concept, have been around for even longer than that (note that the photo at the top of this post is from 2009). So, three questions:

1. We Did Good, Billfold
2. Question Wednesday
3. What I Learned From Five Years of Writing and Editing for The Billfold
4. How a Program Assistant Dealing With a New Paycheck System Does Money
5. Classic Billfold: What I Wanted From My Move to Portland and What I Got
moneyreal-estatetravel