Getting to Know Our Neighbors 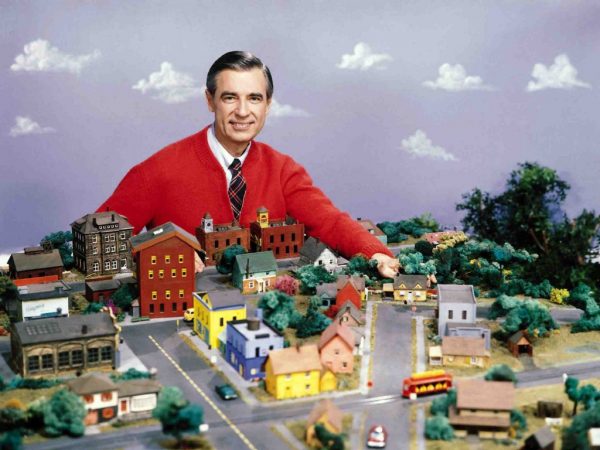 I’ve lived in a lot of apartments, and with the exception of people I knew beforehand, I never got to know my neighbors. The fact of physical proximity always struck me as a reason not to know these people: if it turns out they are annoying, I cannot get away.

While I was in school, I lived in an apartment a short drive away from my boyfriend’s grandmother’s house. My boyfriend was living with her while he job hunted and while she prepared for a move away, but her whole life was in that house: more than 25 years of memories, and as I discovered, more than 25 years of getting to know her neighbors. She threw a backyard party that yielded 80 visitors, including some family and outside friends but mostly neighbors, all of whom seemed to know each other.

One particular neighbor was over at her house all the time — they made dinner together, watched football together, joked and griped and lived life with each other. I was always welcome for long weekends and even when they laughed at me for spending all my time with my head in a book, I was a part of that group. It felt like nothing else I’d known.

My boyfriend has been surrounded by this kind of community his whole life, so when we got married and bought a house together, it made sense to him for us to immediately meet our neighbors and extend greetings to them — never mind that the traditional “welcome wagon” was people coming to see us. We would make the initial effort if we had to.

What resulted from the many outreach efforts since have made me see that our time and our money are going into this community regardless — our property taxes and our income taxes pay for roads and schools and government officials. Getting to know the people who have that in common with us has become a priority, and we’ve done it through a bunch of both economic and time-intensive actions.

Before I list those choices, I’ll say this: we wanted to make friends too, but I’m starting to see the pursuit of neighborliness as something different from seeking friends. It would make more sense for us to attend clubs and lectures and events related to our interests if we wanted to make friends; rather, we find ourselves time and again attending and starting and participating in things that we don’t necessarily care that much about, and creating a network of so-called “weak ties” — people who know us by sight, who have experienced something with us, but whose lives are often so different from us that we don’t regularly just “hang out.” It’s fulfilling and important, but I wouldn’t say I’ve reached the level of my husband’s grandmother and her neighbor-turned-friend. It seems that kind of closeness needs years, not the dozen or so months we’ve been at this.

Sweets deliveries: The simplest thing we did was make greeting cookies and later, Christmas chocolate truffles for the three neighbors that were closest to us. These were well received, and one time even garnered an invitation inside to watch the game with them. The cookies have made it easier for us all to say hi on the way to our cars for work. It didn’t cost much, but just the act of walking up to a stranger’s front door nearly made me turn back — my husband talked me through the fact that this mattered to us, and even if it wasn’t my style, we would keep trying it.

Benefit dinners: Before I had a full-time job, I thought benefit dinners were supremely silly: why not just eat what you want at a restaurant or just donate the money to the charity? I’ve come around to the $30 to $60 a plate charity dinner for a simple reason: it gets people who like good food and good organizations into the same room together, and it isn’t so outlandishly expensive that you have to be an heiress to be there. We’ve only done two of these — one for an organization I cared deeply about and one for a relatively new arts non-profit in the town we live in. I liked the fact that it made me eat dinner with people I didn’t know. If we’d just gone to a nice sit-down place, they’d have put us in a tiny table alone, not at a 10 person table in a banquet hall.

Walking the neighborhood: Almost every weekend, we take a walk through our neighborhood, which is a little revolutionary in that we don’t see many others out walking. When we do, we try to pick up trash that we see — the neighborhood is full of a lot of people who work full-time in other towns, so almost everyone struggles to find the time to keep sidewalks clean. We occasionally speak to others while we walk, but not always.

Starting a Little Free Library: This was what got us “on the map” in the sense that we were noticed by town government. Little Free Libraries are essentially decorated boxes of books that are accessible to public sidewalks, where people are free to borrow books or keep them, with the hope that they’ll put one back at some point. I initially worried that our neighbors would be mad when there was some mild vandalism (tearing up a book and scattering other books down the sidewalk), but everyone seemed accepting of how we’d put the box up and pleased that we worked hard to keep it full of useful reads for the kids who walked by.

Trying (and failing) to join a local board: We are in our late 20s, and brand new to our town, so when we tried to join a “neighborhood development board” created by the town, we were not accepted. What I found was that most of the other “rejects” of this particular board disengaged after they weren’t accepted. However, my husband was not daunted and so we kept going to the public meetings of the board and got involved with one of their projects later on. Not needing everything to go our way seems essential to getting through the occasional disappointments of neighborliness and moving forward.

Starting a Neighborhood Newsletter: With money from the neighborhood development board, we were eventually able to spearhead a neighborhood newsletter with another couple from our area. It meant meetings and recruiting writers and taking photos, but we got a modest newsletter printed and then painstakingly delivered to all our nearby neighbors in under a month. The response was almost entirely good, and it makes me think there’s room to do more next year.

In all, we’ve invested a lot more time than money in neighborliness; right now, time is actually our more precious resource, but I also think there are some aspects of meeting and getting to know your neighbors you just cannot access by throwing money at the problem. Instead, it’s the spare time — the 20 extra seconds of small talk when you see each other on the back porch — that really cements those weak ties. I don’t see all the yields that my husband’s grandmother had from 25 years of this kind of work, but I do think that over time, it may yield some monetary benefits: knowing exactly who could loan us a snow blower, or combining efforts at throwing a neighborhood picnic so we have less of the cost, or who knows what else.

I don’t know that I can yet unequivocally advocate neighborliness just yet. But I do think I haven’t tried for long enough yet to rule it out as a part of a good, well-rounded life.

Laura Marie is a writer and teacher in Ohio. She blogs about family, friends, and how recipes connect them at www.recipeinabottle.com.

1. We Did Good, Billfold
2. Question Wednesday
3. What I Learned From Five Years of Writing and Editing for The Billfold
4. How a Program Assistant Dealing With a New Paycheck System Does Money
5. Classic Billfold: What I Wanted From My Move to Portland and What I Got
familyneighborhoodsthis-happened-to-me