Y Combinator Is Planning a Basic Income Project in Oakland 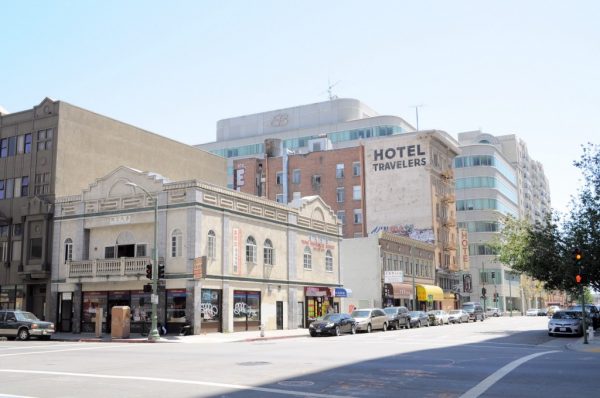 Earlier this month, Science released a study suggesting that giving people a one-time cash payment of $1,000 can prevent homelessness for two years:

The programs work by giving one-time cash quantities to people on the brink of homelessness who can demonstrate that they will be able to pay rent by themselves in the future, but who have been afflicted by some nonrecurring crisis, such as a medical bill. Recipients need to be able to demonstrate consistent future income, and the amount given needs to actually cover their housing expenses for the month. The average amount paid out, according to [economist James Sullivan], is about $1000.

I first heard about this research via Boing Boing, which notes that the cost of giving people a one-time $1,000 payment is significantly less than the cost of homelessness:

The randomized trial tracked outcomes for two years and found that the effect sustained itself for that whole time. Providing the grants — operating call centers and administering the program — costs about $10,300 per family (though this could be reduced to $6,300 by focusing on just the poorest families); homelessness costs the state an average of $20,000 per family.

This weekend, Salon ran a similar story explaining how a little bit of extra cash when you need it can prevent cascading effects that lead to homelessness:

Free money is not so funny anymore: Confessions of a (former) skeptic of basic income

Getting a tire replaced seems easy to me. I’d just go to the nearest tire place and get it fixed. But Jayleene was living from paycheck to paycheck and didn’t have $110 to spare. She couldn’t get to work, and her boss fired her. She couldn’t make her rent and was soon out on the street — all because she needed $110 at the right time.

The most interesting part of that Salon piece—and I apologize for burying the lede here, but I wanted to share all of these stories with you first—is the part where it mentions that startup incubator Y Combinator is planning to test a basic income project in Oakland, California.

We want to run a large, long-term study to answer a few key questions: how people’s happiness, well-being, and financial health are affected by basic income, as well as how people might spend their time.

But before we do that, we’re going to start with a short-term pilot in Oakland. Our goal will be to prepare for the longer-term study by working on our methods — how to pay people, how to collect data, how to randomly choose a sample, etc.

In our pilot, the income will be unconditional; we’re going to give it to participants for the duration of the study, no matter what. People will be able to volunteer, work, not work, move to another country — anything. We hope basic income promotes freedom, and we want to see how people experience that freedom.

I have a handful of responses to the Basic Income Project:

What do you think about all of this? I know I shoved a lot at you, from the “$1,000 will prevent homelessness for two years” idea to the “if you get your basic income, you had better not just play video games” idea, so I’m interested to read all of your reactions.

1. We Did Good, Billfold
2. Question Wednesday
3. What I Learned From Five Years of Writing and Editing for The Billfold
4. How a Program Assistant Dealing With a New Paycheck System Does Money
5. Classic Billfold: What I Wanted From My Move to Portland and What I Got
basic-incomeeconomicshomelessnessincome-inequalitystartup