When Did It Become OK For A $12 Sandwich Not To Come With A Side? 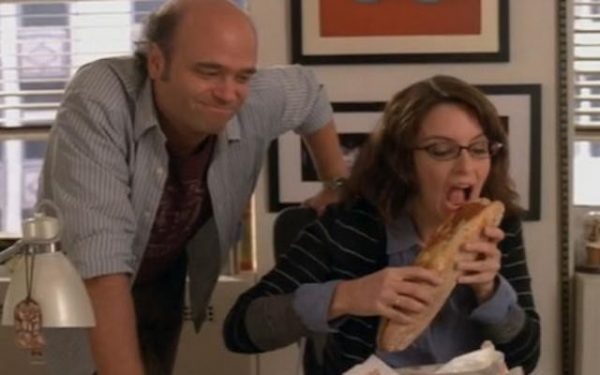 When did it become acceptable to charge $12 for a sandwich and not even throw in a pickle on the side?

I do not mean, in any way, to impugn the sandwich I ate for lunch. It was a satisfying, tasty blend of flavors and high-quality ingredients. As such, it was exactly what I ordered, no more and no less. It’s the no more that, as a hungry and cash-conscious constituent, bothers me.

Once upon a time, by which I mean not that long ago, a sandwich, virtually by definition, came accompanied by sides, however humble. Potato salad! Cole slaw! Chips and a pickle! Something, anyway. Those sides really tied the plate together, as Walter Sobchak might say. They added an extra je ne sais quoi, not to mention a semblance of variety, to lunch.

With a sandwich, one bite follows the next in a similar, even potentially monotonous fashion. If you can force yourself to slow down and savor each mouthful, sure, you can enjoy a slightly different experience moment to moment. But there’s no real contrast built in, not the way there would be if you alternated bites of sandwich with, say, bites of pickle.

Perhaps most importantly, though, if I spend $12 and all I get is one item, however delicious, without any bonuses or extras, I feel a bit … stiffed.

Am I alone in this, I wonder? I am asking too much of my lunch? I put the question out on Facebook — does anyone have strong opinions on sandwiches — and immediately heard from several men with lots to say.

“I think pickles should always be free. That shouldn’t be an argument. But besides that, I’d rather they concentrate on making a perfect sandwich. So if I’m paying a lot for it, I want the best of the best. … I think pickles and seltzer should just be given to you. No matter what anybody wants to say about Jews and money or Jews being cheap, those are two things Jews have no problem giving away at delis or kosher restaurants.”

“I too have noticed lunchtime price creep. And I do think sides matter. But I have also worked food service and have seen so many tossed. And the cost of that cumulatively if it is thrown away could seem pointless to the owner.

“[In terms of sides] the prepackaged bag of chips, optional, and a pickle, that is my favorite. So much bad coleslaw out there.”

“There’s a famous deli in town and most sandwiches there run about $12. But when you order, you get a nice side of potato salad and there’s always a tray of pickles on the table. Even downtown, where I work, there’s a non-deli sandwich place where you at least got some chips and a pickle spear for a sandwich that would run you maybe $8.

“I definitely think there’s a price cutoff where I’d be miffed I didn’t get anything with my sandwich. Probably $6–8. You pay $12, you should get *something*.”

“When we talk about getting sides with a sandwich, we must start by recognizing that context matters: at an old-school delicatessen, sides are traditional, to the point where any customer steeped in the ways of the deli would justly complain upon receiving none. Likewise, a burger (which is kind of sandwich, after all) ought be accompanied at least by fries if served at a sit-down restaurant. On the other hand, we don’t expect a side from the Sabrett cart when we order a frank, nor from the pizza parlor when we order a slice. I would go so far as to say that I don’t even expect a side when I get a sandwich from one of the half-assed operations so frequently found in the recesses of bodegas.

“The greatest example of a manner of service that is tied up with tradition is the baker’s dozen. There is a strong tradition in this country, and perhaps in others, than when purchasing small baked goods of similar size and weight, one should receive 13 for the price of 12. Bagel joints and pastry shops respect this well-settled rule to encourage bulk purchasing, but Dunkin Donuts does not. That makes me fucking crazy. Their whole shtick is that they are BAKING the donuts right there on the premises — remember the ads with the guy with the mustache who got up super-early to make donuts? He was a baker, and the dozen we are talking about is called a baker’s dozen. They need to respect his memory.

Traditions change. I am sure that if my great-grandfather were living, he would insist that a sandwich should come with two sides, a shoeshine, and an exegesis on the relative merits of the Washington Senators’ pitching staff.

“The flip-side, of course, is that traditions change. I am sure that if my great-grandfather were living, he would insist that a sandwich should come with two sides, a shoeshine, and an exegesis on the relative merits of the Washington Senators’ pitching staff. Some traditions may become impractical, too, especially in places like Manhattan, where everything costs a goddamn fortune. The question is, are sides with a sandwich being eschewed because (a) they are actually no longer traditional even in proper delis; (b) they are prohibitively costly, in light of high overhead, unless you charge an extraordinary price for the sandwich; or (c) you are dealing with another coordinated push by Big Sandwich to squeeze more lucre from the today’s already overburdened lunch-eaters.

“I think we can rule out (a). Sides with a sandwich at a deli are normal. (b) will depend largely on location. (c), which is, not accidentally, the first letter of capitalism, is always a safe bet. So, to answer your question, if you are dealing with a traditional deli, your anger is righteous and justified. Otherwise, assess local conditions and act accordingly.”

To be all shoe-leather about it, I put in a call to Tyler Kord, chef/owner of No. 7 Sub, one of my favorite sandwich shops. Was there some sort of secret conclave, I demanded, at which chef/owners decided they could get away with ditching the lunchtime sandwich sides? Kord laughed and said no. “Nobody wants to charge $15 for a sandwich. Not that a pickle is a huge expense, but if you’re buying real cucumber it can become one,” he said. “We’re all trying to keep our costs as low as possible.”

He went on, warming to the topic: “A sandwich can have as many ingredients as a plate of food, as much protein, but people don’t want to pay as much for it. When it comes to sandwiches, people have a different perception. At a bodega, you can buy a sandwich for $3 — or today it’s more like $5 — but it’s made with food that is destroying our planet and the guy who made it is making $5 an hour. To use real ingredients and to pay NYC rents, a sandwich costs $12-$15 to serve, so I’m guessing everyone’s cutting down on sides.” Especially, he added, at to-go places, where offering sides adds to costs related to “food and packaging.”

Do you offer sides anywhere? I asked.

I was shocked by that. To throw away a homemade pickle is a crime. I suppose, being a student of history, though, I should be inured to the depths to which humanity can sink.

Having heard from various sides on the issue, my outrage has cooled a bit. (Also I find that I am still full from my sandwich alone, an hour later, and that counts for something.) I still feel like it would be a nice gesture for a lunch place to offer some kind of at least token side, if you’re spending $10 or more on a sandwich. But I understand that not everyone feels as strongly about the matter as I do. And, after all, if I really need a pickle, I can grab one from the jar in my fridge.

1. We Did Good, Billfold
2. Question Wednesday
3. What I Learned From Five Years of Writing and Editing for The Billfold
4. How a Program Assistant Dealing With a New Paycheck System Does Money
5. Classic Billfold: What I Wanted From My Move to Portland and What I Got
lunchmen-with-opinionstoday-in-lunch