The Weekend I Spent as the Worst Booth Babe Ever 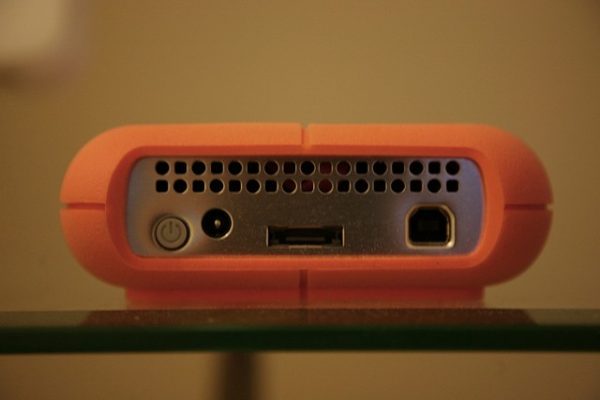 Regular Billfold readers may recall that I often joke about the disastrous weekend I once spent as a temporary booth babe. Since it came up again yesterday during our conversation about temp jobs, I figured it was about time to tell the entire story.

It’s the summer of 2004, and I am a brand-new college graduate who has moved from rural Missouri to Minneapolis because I thought I had an internship at one of Minneapolis’s many famous theaters (no, not the one you’re thinking of). I was fully moved in by the time I learned that the director under whom I was supposed to be working had taken a personal leave of absence and the internship was canceled.

Well, all right. I was a young woman with a college degree in a big city and the world was my Beebop-a-Reebop Rhubarb Pie. Time to launch my illustrious career on my own!

It took me about three days of walking, resume in hand, into various businesses — yes, I actually did this — to learn that this was no longer how people got jobs. (I still bear the tiniest bit of resentment towards every well-meaning adult who told me to “pound the pavement.”)

If you have never been to Minneapolis, you probably don’t know that nearly all of the downtown buildings are connected by above-ground tunnels, as if the city were a giant Habitrail. I hated this part of the city, because the continuous noise and advertising combined with the lack of open space made me feel like I was trapped in an airport, but I ran the tunnels anyway because the other option was to take an elevator down to ground level, walk to the next building, and take an elevator up again.

On one of my trips through the tunnels, I found the Name Redacted temporary agency.

I was aware of temp agencies mostly through autobiographies of famous writers/artists, all of whom seemed to have spent some time temping in the 1970s to earn the money they needed to invent postmodernism. Well. I was an artist, right? Plus, I already had my resume in hand, and I was really good at walking into places and trying to give it to people.

Name Redacted liked my resume, and they really liked my typing test scores, and they called me right away with a job offer.

“You have theater experience, right?”

“Yeah!” I said, wondering if they had found me a paying gig at one of Minneapolis’s many famous theaters (yes, the one you’re thinking of).

“Of course,” I said. I was all about the computer stuff. I knew how to run a patch that applied an English-language fansub translation to a Super Famicom ROM.

They told me to show up at a convention center the next morning, so I could assist at a trade show. I can’t quote what they said next, first because I can’t actually remember if they said the words “dress sexy,” and second because I would not want to accuse them of something that inappropriate, but I got the message.

Unfortunately, I did not have any of the clothing. I ended up walking into the convention center the next day dressed in a black scoopneck sweater and a pair of gray polyester wide-leg hand-hemmed trousers. The polyester was so cheap that it gave off a permanent chemical smell, so I was also wearing some kind of Bath and Body Works spray.

It took me a few minutes to find the man I was working for, and as soon as he saw me I knew that I was a disappointment. To be clear, this wasn’t the type of trade show with booth babes in crop tops and Daisy Dukes, but I suspect he was hoping for someone who looked like a young Vanna White in a pencil skirt, and I was a 5’2″ woman with a bad haircut and worse pants.

Maybe that’s why he didn’t give me any training or instructions.

You might think that my boring hair and lack of “sexy” clothing would have been a detriment to this booth’s success, especially the second day when I showed up wearing a lavender turtleneck and, yes, the same pair of gray pants. But I managed to get hit on anyway. There were also many conversations that were — as should be expected for booth babe interactions — a combination of flirting and trying to learn more about the product.

Here’s why I keep using the word “disastrous” to describe this experience:

“So, what are you selling today?”

“It duplicates your hard drive!”

“No, I mean, can you tell me more about what it does?”

“Well, if you have a hard drive, you can use this machine to duplicate it.”

Even after reading the pamphlet, I had very little to say about the hard drive duplicator’s specs, or how it worked. I could say that it was fast, and that it was “like, if you need a hard drive duplicated, maybe as a backup, you could use this.” I didn’t realize until long after the trade show was over that this must have been an enterprise product, but I was pitching it to these potential buyers as if it was designed for personal use. Like, if they wanted to duplicate their collection of Super Famicom ROMs.

This job was also where I learned that if you spend enough hours standing in the same place, the workday will finally be over and you can go home. I held no illusions about being asked to do another trade show. Instead, I continued the job hunt and eventually got my first “real job” as a telemarketer, which you can read about, in full, here.

But I do enjoy being able to say “yeah, I was a booth babe.” Mostly because everyone looks as surprised as the man I was working for, the first time he saw me in person.

1. We Did Good, Billfold
2. Question Wednesday
3. What I Learned From Five Years of Writing and Editing for The Billfold
4. How a Program Assistant Dealing With a New Paycheck System Does Money
5. Classic Billfold: What I Wanted From My Move to Portland and What I Got
booth-babejobstemp-agencies