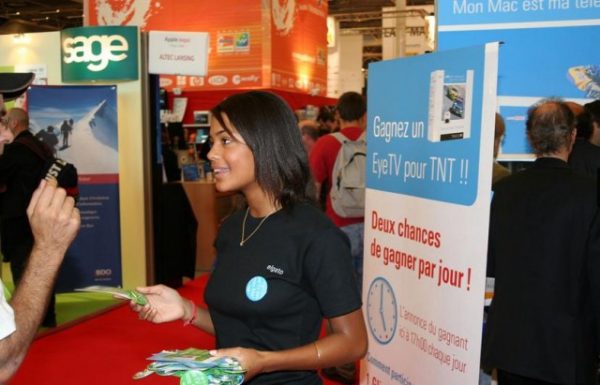 As should become immediately obvious, many of these jobs were held concurrently.

I started working the summer I turned 13. Babysitter was an obvious job choice (remember how in the ’90s, 13-year-olds could still be babysitters?), and since my mom is a piano teacher, I got the job of “piano teacher’s assistant” without even having to do an interview.

The nursing home job was technically a volunteer position. Twice a week, I read the newspaper aloud to a nursing home resident who was blind. I also read books aloud to her. It was totally Jo March.

My entire family is musical, so it’s not at all surprising that I spent high school working as a piano teacher (having been promoted from “piano teacher’s assistant”) as well as a choral accompanist and church organist. I was a good piano teacher, a decent accompanist, and a terrible organist.

Music transcriptionist, in which a family friend gave me her handwritten music scores and I typed them note-by-note into an early music software program, was also a natural use of my talents.

Dishwasher, waitress, and retail worker were, of course, bog-standard teenage jobs of the 1990s. I quit the dishwashing job because it was miserable and I got bullied. I was still young enough to love waitressing. I was a reliable retail worker but I kept accidentally breaking the merchandise.

Let’s start with that last one first. I spent one summer in college working as a dinner theater performer. I had to wear the top hat and leotard/vest combo (think the opening to Family Guy). Pay was $50/night, which was a really great deal. Then the theater owner literally skipped town, ostensibly without paying any of the theater’s bills. However, all of my checks cleared.

I was also still making money off my ability to play (and teach) piano, picking up as many gigs as I could get. In many ways, I was getting my first lessons in how to hustle.

Camp counselor for a fine arts camp was also a logical job choice, and when I needed to spend a summer working on an independent study project, I figured house sitting/dog walking would be a good way to make money without doing a lot of work. (I was correct about the house sitting part.)

And then there was the time I tried to earn extra cash by nude modeling for an art class. After I got hired and completed my first session, my mom told me she would pay me not to be a nude model. I took her up on the offer.

I guess I really did know how to hustle. I had, like, a jillion jobs during the year between college and grad school.

Telemarketing was the big job and the first job I considered a “real, grown-up job.” I wrote about that experience in a recent Billfold article.

I also picked up temp work, such as the weekend stint as a booth babe for a trade show. (I was a really, really awful booth babe. I just don’t exude babe-itude.)

And I founded a children’s theater that year. We got NEA funding, and it ran for three summers. I’m really proud of that, and I don’t get to talk about it often.

Now we start getting into the jobs that I put on my resume. The ones that last longer than a weekend.

I was getting an MFA, and not everyone understood why I was also taking this job at an insurance company instead of, you know, seeking out unpaid internships or exposure opportunities. (In fact, it was pretty clear that, by taking a job unrelated to my MFA studies, I was doing something that was Very Bad Form.) On the other hand, I needed the money, and I’m really glad I worked for Country Insurance both for the paycheck and for the actual, real-world office experience.

I also worked for the Illinois Shakespeare Festival for three years, and spent one year teaching Shakespeare in Hyderabad. And, of course, I taught 100-level theater courses for the university.

And here we are at the present. I spent four years working as an EA and project manager at a think tank, then I spent about a year as a touring musician (that’s the “failed business” I referred to in my last Billfold piece), and now I’m a freelance writer.

It’s really interesting to see the patterns in my career history. I’ve had administrative office jobs, but I’ve also been hustling and cobbling together my own income, ever since the beginning when I was combining piano teaching, choral accompanying, music transcription, and working as an organist. I’d like to coalesce this into some kind of narrative re: “I’ve always been a freelancer at heart,” but I know that is more confirmation bias than anything else.

It will be very interesting to see what kind of job I have five years from now.

Nicole Dieker is a freelance writer and ghostwriter, and is the only member of the band Hello, The Future!

1. We Did Good, Billfold
2. Question Wednesday
3. What I Learned From Five Years of Writing and Editing for The Billfold
4. How a Program Assistant Dealing With a New Paycheck System Does Money
5. Classic Billfold: What I Wanted From My Move to Portland and What I Got
hustlingjobswork-histories