What I Learned as an Artist Model 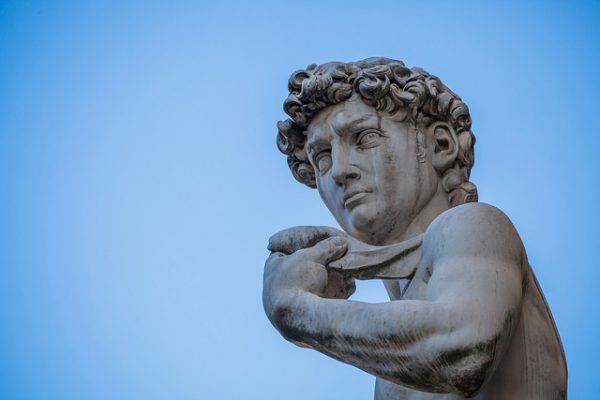 Plenty of people go through a clothing-optional phase, usually very early in life and petering out by the age of seven. Mine didn’t come until I was in my thirties when I started freelancing as an artist model.

I’d never expected to embrace any kind of nudity, still less be paid for it. As a child, adolescent, teenager, and twenty-something, clothing was mandatory, at all times, for moral as well as deeply practical reasons. It protects one from the sun and being ravaged by errant bats. The idea of strutting about, peeled, for any reason was repulsive. Even now I’d be scandalized to be caught wearing shorts.

But after moving to California my attitudes relaxed, even if my own dress code didn’t. Public displays of flesh don’t exactly make for pearl-clutching news here. It’s not a proper weekend in the city without at least one naked old white guy parading his johnson down Castro Street. These things become more common in a climate where both roses and bare buttocks can flourish in the open air of January.

I’m not about to join in that particular parade. I don’t see the appeal. (BATS!) But I no longer care whether someone conducts their own business in swimsuit, three-piece suit, or birthday suit. Still, when it comes to my own body there are a very narrow circumstances under which I’m prepared to let others see it raw.

It began, as many things do, out of necessity. The rainy season is a bad time to be out on two wheels on the hills of San Francisco. I wasn’t behind on rent — yet — when I started looking for gigs on Craigslist and found quite a few postings calling for artist models.

I’d never modeled before. Something about modeling always struck me as rather vapid essence-of-wetness. But phrased that way — artist modeling — it seemed different. Not cringe-inducing mermannery or smut, but something classy, glamorous, indicative of a certain timelessness and taste. My curiosity was roused.

As an early adolescent I’d had the kind of awakening experienced by tender young introverts in art student films. At about the same age other boys were ogling a very different sort of centerfold, I found myself returning again and again to my history textbook’s section on the Italian Renaissance, where I lingered long and longingly on the double-page spread of Michelangelo’s David. Years later, when I traveled to Florence and saw the statue in person, I felt as gobsmacked as if my path had crossed with Miss January 1998 herself.

So those Craigslist postings for art models awoke a kind of desire in me. A chance to emulate an influence. I’d removed my own clothing before for doctors, for lovers, but now I wanted to do it for art. Let them set me on a pedestal, hips cocked, right arm dangling to the side, left hand draped upon the shoulder.

Pride had a bit to do with it. One likes to imagine oneself capable of inspiring a certain amount of desire. So I didn’t mind the objectification. Instead, I welcomed it, being considered as though I were a basket of oranges turned just so to catch the light. I liked being gazed at, noticed, remarked upon. It felt different from my usual status of being invisible or ignored. (I got sat on once during a business retreat at an old job and it’s still the most insulted I’ve ever been in my life.)

So I liked the visibility of the work and its straightforward requirements: drop it all and hold still. To whomever stood by the canvas or camera, I was nothing more than a hunk of expressively shaped meat to be lavished with all the attentive consideration a butcher offers a favorite steer, visually selecting the chops, the chuck, the broil, the roast. It was liberating.

I am under no illusion that I am exceptionally good-looking. I just have a below average body-fat percentage and above average willingness to strip bare for money. There is something wickedly delicious about getting paid $300 to stand in various positions in a warm and attractively lit room. A relief to make nearly half a month’s rent just by taking off one’s clothes.

Mostly I’ve worked with art students looking to build their portfolio, though occasionally there have been professionals workshopping an idea on a less expensive amateur model before hiring a professional. Sometimes it was hobbyists with a particular vision, and this last has wound up overlapping a bit with some more *ahem* adult content. If ever I run for elected office, someone undoubtedly will unearth a video of me, strapped to a chair with bicycle tubes while a videographer goes at my feet with a riding crop.

Whatever the finished result, I ask the painters, illustrators, and photographers to keep it to themselves. Or rather, to keep it from me. They are welcome to do with it all anything else they want — frame them, display them, use them to sell life insurance, whatever. Make what you like, I just don’t want to see it.

So I was very surprised when in September of last year a padded envelope arrived in the mail from a photographer I’d worked with in August ($125 for a 90-minute session). I opened it, then immediately shut it. Inside were the photos.

I’m no longer ashamed of my body, and I don’t mind being seen naked. Most of my secrets lie a good deal deeper. But something just feels very weird and very off about having a personal stash of photos of yourself au natural. On your phone? Fine. But… hard copy?

I stuffed the envelope deep in a drawer where they will never, ever be seen by anyone. They were fine. Nothing scandalous. Basic student studies. The more sensual ones were about as alluring as watching a sloth grasp at a particularly toothsome shrub. But I can’t get rid of them. If I throw them in the trash some sanitation worker might discover them and see my moles. Ironic, I know. Isn’t that the whole point?

I don’t model as much anymore. Sometimes I get calls from repeat clients and I’ll go in for an afternoon of charcoal sketches or to pose in silhouette, but I’m not seeking out new gigs. Artist modeling was something I had wanted to do to say that it was something I’d done. Now I’m doing other things. And to be honest I think at this point in my career I’m capable of a good deal more than a professional ability to shuck off my pants and hold very still.

1. We Did Good, Billfold
2. Question Wednesday
3. What I Learned From Five Years of Writing and Editing for The Billfold
4. How a Program Assistant Dealing With a New Paycheck System Does Money
5. Classic Billfold: What I Wanted From My Move to Portland and What I Got
artist modeljobsnude modelside hustles