How a Social Researcher in London Does Money 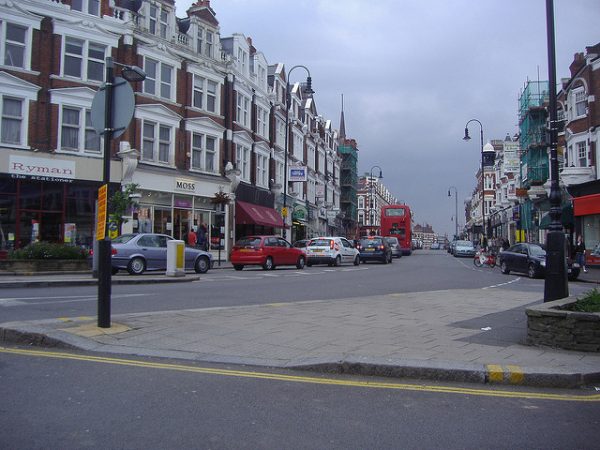 George is a 30-year-old social researcher in London.

So, George, how much are you making?

What percentage is a typical pay rise?

To clarify how we get our rating — we have our end-of-year review with our manager, then we get given a “score.” So pay rises happen once a year.

How does your income currently compare to your expenses?

I’d say I’m comfortable living off my current income. I’d be disingenuous to not mention though that part of that is due to having a partner who earns a lot more than me. I can give you a breakdown of my gross and net income (I looked at my December paycheck to get the figures!)

National Insurance is another kind of tax — it entitles you to state benefits such as unemployment benefit, statutory sick pay and of course the NHS (though I’m pretty sure the NHS is funded through other government taxes as well).

That makes sense. I’m sure all of us U.S. readers will be envious of your statutory sick pay.

I’m sure — but everywhere I’ve worked, my employer just pays for your sick leave so I’ve never had to claim it. The only time I’ve heard someone getting it is my sister when she got ill within her probationary period, and her employer only offered full pay sick leave once she had passed probation.

Oh, so employers can also pay for sick leave? WOW.

Well, they basically just keep paying you your monthly wage. At a certain point — if you were off work for a few months or something — they’d probably just drop it down to the statutory pay, which they can reclaim from the government. (I think that’s how it works!) But as an example, a colleague recently broke both his ELBOWS and was off work for six weeks and he would have just been paid his normal salary whilst he was off.

Ha, and many of us have to buy an optional short-term disability leave policy to cover that kind of thing. But I could go on about social services forever. Where else does your money go?

Sure. I pay my partner £660 in rent (he owns our flat), I save £550 (350 into an ISA and £200 into holiday savings) and I have fixed outgoings of another £295, which covers things like my public transport monthly pass, contact lenses, gym, cat insurance, etc. etc.

I’m sure NYCers might be interested for comparison that my travel pass is £131 and covers unlimited rides in my tube “zones” (1 and 2) on any transport type. I think that’s more than what they pay, but I think the tube is better than the subway… less rats!

We have mice instead!

So my final chunk of money is what I just call “life.” Basically i just divide the total leftover amount (December was £695 as I spent some money on Xmas presents) by the number of weeks I need it to cover — normally 4.5, sometimes 4 depending on the time between paychecks.

I don’t budget within categories, but just give myself a weekly allowance — so for December it was £160. That figure is very similar month to month.

What happens if you overspend your allowance?

I have to say — I just don’t! I just don’t spend money if I don’t have it. I have a very type-A habit of tracking every pound I spend, and working out my remaining allowance.

Luckily my outgoings fit into my budget, so it’s not really a problem.

Like everyone, I do spend a lot on food but I don’t sweat it. Most of that is spent on meals out with friends — I have a lot of friendships that are one-on-one, so our main way of socializing is to have a meal together after work, as they are all spread out over London and that’s the most convenient way to meet up, as people tend to work in the center and live further out. I’d say I do that 2–3 times a week.

That sounds like a great way to invest in your friendships.

Definitely, I don’t really see it as “food” money when I spend it.

I want to jump back up and ask you about your rent situation, especially because we discussed a similar situation in a recent Billfold advice column. Since you are paying rent to your partner, you’re not building equity in the flat you both share. Is that correct?

It’s very clear in our situation because his uncle was his lawyer that dealt with the sale, and suggested to him that he get me to sign this document saying I understand that by paying him rent, I am not building equity. I was happy to sign that, as I don’t pay anything towards maintenance of the house, etc. — and for the amount I pay, I get a lot nicer living environment than what I would get paying the same amount in a flatshare or something. I’m not sure what the rules would be if I hadn’t signed this doc.

When we moved into the flat, we weren’t engaged (we are getting married in July) and my understanding is that if we ever got divorced (which I obviously don’t plan to!) I would be entitled to some share, as the marriage supersedes the thing I signed. I don’t know that for 100 percent certain but I’m pretty sure. Lots of women try and get divorced under the U.K. courts (Russian oligarch’s wives for example) as it’s known for being favorable to the lesser-earning spouse.

I know! There was a case recently with a woman who wasn’t happy with the amount her husband was being forced to pay her in perpetuity so she appealed for more.

So let’s switch topics and discuss your long-term financial goals. Are you currently saving up for your wedding? Will you have other savings goals in the future? What about retirement, etc.?

Okay, sure. Retirement first as I have a bit of thing for pensions (I did a big social research project on them a few years ago at work).

Including both my and my employer’s contributions, I’m saving 15 percent towards retirement. I upped my personal contribution from 3 to 4 percent (so total from 14 to 15 percent) as I did a project talking to lots of people who had not saved enough and it scared me into saving more!

It’s a workplace pension, and is a “defined contribution” scheme. Which means when I get to retirement age, I will have a lump sum made up of whatever I saved. I don’t really have a set goal for retirement money, but I’m always going to save 15 percent wherever I work as I read somewhere that’s a good amount. I’m just lucky I have a pretty high employer contribution at the moment.

Not sure if you use the same terms in the U.S., but the other (better) kind of pension is defined benefit, which very few places offer now and basically civil servants are the only ones who still get it, where you get a percentage  of your salary upon retirement, regardless of whatever you’ve saved.

Yes, that’s roughly what we have here — we have to save for our own retirements and very few companies offer defined benefit pensions. Plus we’re responsible for investing what we save so it’ll grow large enough to be worthwhile in retirement.

Our employers do that for us really — I have no idea where my pension is invested. There’s an automatic rate of risk that decreases when you get close to retirement.

Yeah, we can set our accounts up that way too.

Talking of other savings though. Again, I’m lucky in regards to the wedding — my parents have given us a lump sum, and essentially my partner is covering the rest. I feel so entitled admitting that! But he earns 10X more than me, with a lot of his annual earnings coming in a bonus, so he has put aside the rest we’ll need as he got paid his bonus at the end of last month.

We’ve been engaged for over a year now, so it’s a long time coming!

I hope it all goes well.

It’s been quite interesting thinking about how we’ll do money as a couple after we are married. I don’t think much will change, but my partner kind of feels we should be merging money more than we are now. Which I don’t feel the need to, as it would essentially mean I would have more discretionary income that comes straight from him, which I don’t feel I need him to give me.

I suppose it depends on whether you see both of your incomes as contributing to “the household,” in which case it wouldn’t be him giving you money as much as your taking your share of the household income. But a lot of people prefer to keep income separate in marriage too! There are advantages and disadvantages to both paths.

I guess my default position is what my parents do, which is to have separate bank accounts but each for pay for things proportionate to their earnings —  e.g. my dad would pay for the mortgage and bills, my mum pays for all the food and holidays etc., but they have their own money for their own expenditures.

Whereas — unsurprisingly — my partner’s parents just have one joint account.

Our families of origin hold a lot of influence over us!

In so many ways!

Is there any way you do (or would like to do) money differently than your family?

Interesting question. Nothing right now, but if we have kids, I think I would maybe talk to them more about money from an earlier age. I don’t really remember my parents talking to me about budgeting until I went to university. But we all have similar attitudes to money — we’ll all definitely savers rather than spenders, and we’re all lucky enough to have good jobs and household situations where no one needs to worry too much.

Last question, then: do you have any advice for Billfold readers?

The best question! No one magical tip, but just to remember the basics: save into a pension, try not to spend more than you earn, and remember there’s always someone less fortunate than you, so make sure charity donations are included alongside all your other outgoings.

I also have a bonus piece of information (up to you whether you include it or not, as it not at all financial!).

The word “quite” has a very different meaning in U.K. vs U.S. English. When I say quite, I mean “a bit” or “kinda,” whereas I believe Americans use it to mean “very!” This has blown my mind and is not one of those linguistic differences you come across on BuzzFeed, etc.

An American colleague at work had complimented his mother in law’s cooking as “quite good” and was confused as to why she looked a bit nonplussed.

Hahaha Americans don’t use the word “nonplussed” to mean “confused,” either.

LOL that’s another bonus fact then!

1. We Did Good, Billfold
2. Question Wednesday
3. What I Learned From Five Years of Writing and Editing for The Billfold
4. How a Program Assistant Dealing With a New Paycheck System Does Money
5. Classic Billfold: What I Wanted From My Move to Portland and What I Got
doing-moneygeorge is a womaninterviews