On Age, Debt, and Cracker Jacks 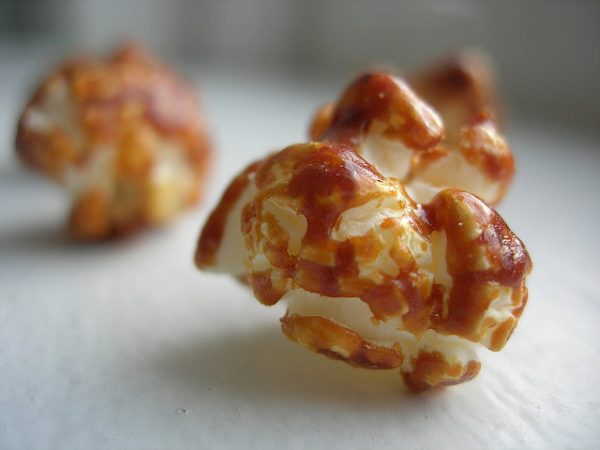 Let’s start with The Atlantic, with Millennials Didn’t Kill the Economy. The Economy Killed Millennials:

It’s typical for Millennials to bear blame for dramatic cultural and economic changes when their only crime is behaving like everybody else. For example, last year The Wall Street Journal published a report that cited young people for killing grocery stores. The proof? Consumers ages 25 to 34 are spending less at traditional grocers than their parents’ generation did in 1990. Seems pretty damning. But upon closer examination, the stagnation of grocery stores is a complex story that implicates just about everybody. Americans of all ages are relying more on convenience stores, such as CVS, and superstores, such as Walmart, for food to eat at home, and those institutions aren’t typically counted as grocers in government data. Also, Americans of all ages are eating out at restaurants more. The group shifting its spending toward restaurants the fastest? It’s not 20-somethings. It’s people over 65.

On the subject of “people over 65,” the NYT reports that two women aged 70 and 80 decided to start paying down people’s medical debt:

Last spring, Judith Jones and Carolyn Kenyon, both of Ithaca, N.Y., heard about R.I.P. Medical Debt, which purchases bundles of past-due medical bills and forgives them to help those in need. So the women decided to start a fund-raising campaign of their own to assist people with medical debt in New York.

Over the summer months, the women raised $12,500 and sent it to the debt-forgiveness charity, which then purchased a portfolio of $1.5 million of medical debts on their behalf, for about half a penny on the dollar.

If you have another NYT click to spare, try A Teacher’s Long Road to Student Loan Forgiveness (and a $4,500 Surprise):

When I first encountered Mr. Shafer in October 2017, the longtime teacher (he helped 124 dropouts get their general education diplomas last school year) had discovered that years of payments he had made were ineligible, because he was in what’s known as a “graduated” repayment program. All along, various servicers had told him that he was on track, he said.

You should also take a look at NPR’s The Trouble With TEACH Grants series, which looks at another type of surprise debt many teachers have been working to pay down:

Here’s how it works. Aspiring teachers get grant money to help pay for their own college or graduate school. In exchange, they agree to teach a high-need subject, including math or science, for four years in a school that serves low-income families.

But for many teachers, it has turned into a financial disaster because their grants were converted to loans — with interest. All because of paperwork issues.

Lastly — and this is just because I liked the article — Hazlitt reminisces about the free gifts consumers used to receive with their purchases:

Even Cracker Jacks have eschewed their iconic prizes. Instead of digging through caramel popcorn for a sticker, temporary tattoo, or other ephemeral piece of precious junk, kids will find a code for an augmented-reality mobile game. An app does seem like less of a treasure. But it’s still an incentive, both for the bored customer at a baseball game, and for the advertiser who gets something perhaps more valuable than loyalty: their data.

The Hazlitt essay also presents the whole “once Pepsi ran a commercial implying you could get a Harrier jet for seven million points, and then this guy showed up with the points” story as something today’s readers might not know, which… totally makes me feel old.