A Festive Holiday Smorgasbord of Links 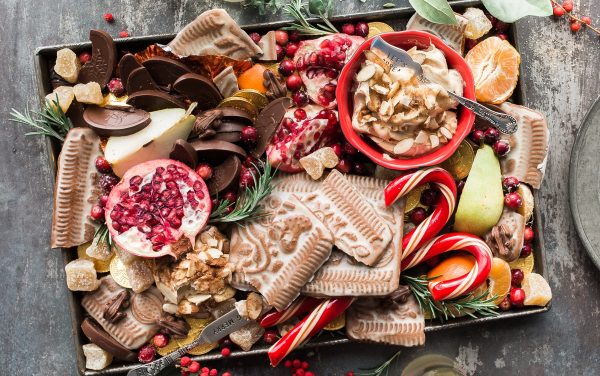 Some of these links will taste a little better than others, I suspect.

First, from ProPublica: How the IRS Was Gutted:

Without enough staff, the IRS has slashed even basic functions. It has drastically pulled back from pursuing people who don’t bother filing their tax returns. New investigations of “nonfilers,” as they’re called, dropped from 2.4 million in 2011 to 362,000 last year. According to the inspector general for the IRS, the reduction results in at least $3 billion in lost revenue each year. Meanwhile, collections from people who do file but don’t pay have plummeted. Tax obligations expire after 10 years if the IRS doesn’t pursue them. Such expirations were relatively infrequent before the budget cuts began. In 2010, $482 million in tax debts lapsed. By 2017, according to internal IRS collection reports, that figure had risen to $8.3 billion, 17 times as much as in 2010. The IRS’ ability to investigate criminals has atrophied as well.

This is the piece that also revealed that the IRS regularly audits people who claim the Earned Income Tax Credit — which is to say, the people with the lowest incomes. “Only people with incomes above $1 million are examined much more frequently.”

Next, from Vox: Everything Amazon did in 2018 that you might have missed:

In the press release, Amazon promised parents: “The more [kids] use Alexa, the smarter she will get,” and, “Gone are the days of shouting up the stairs for the kids to come down to dinner.”

I am still of the belief that you don’t need to say “please” to Alexa any more than you need to begin your Google searches with “Google, please help me find…” but I’m not a parent and I am thankfully not responsible for teaching the next generation how to interact with devices.

I had a request to discuss The Baffler’s Sleeping Rough in the Mattress Economy, which was fortunate because it was already on my list of articles to share:

Retail marketing had to change to accommodate the new reality. That young woman who in 1985 would have been a candidate to buy a Gordon Gekko BMW and maybe some designer dresses? Her 2018 equivalent is paying off $150,000 in college debt and devoting 50 percent of her income to a fourth-floor walkup with a roommate in the only city with any jobs left in her field. Every three months, panic ripples through her workplace with the latest round of layoffs. She doesn’t worry about “making partner” or climbing the ladder; it’s difficult enough to tread the rising water.

At some point, someone (who was no doubt handsomely remunerated for this insight) realized that this person will never afford a car or a home. How about something that will feel like an indulgence without being gaudy? A mattress! Perfect.

I had zero requests to discuss Andrew Garton’s Medium essay When Copyright Stymied Christmas, but as a former and now occasional professional musician it hit the perfect combination of my interests:

In re-editing the film I removed every single copyright-protected song. That’s why you won’t see the choir warm up with Song of Joy by Waldo De Los Rios and Ross Parker which, incidentally is an adaptation of Beethoven’s Ninth Symphony, a piece of music that is in the public domain and therefore free of copyright. In the original edit, you would have heard two snippets of Song of Joy, 31 seconds all up, amounting to a total of $500 in synchronisation rights.

Taylor Evans took the fake-“sponcon” game one step further, once faking the entire purpose of a trip to Miami. Technically, she was just there on vacation, paying her own way for everything, but on Instagram she positioned it as an exclusive press trip. “I took a lot of pics at restaurants and posted ‘Thanks so much XYZ restaurant for the hospitality!’” she said. “You say it in a way that people could interpret it as you having an established relationship with that brand … The hope is that it’s perceived in a way that looks like there’s a reason you’re in a different city and state, not just enjoying a weekend vacation.”

After all, anyone can take a vacation these days (even if today’s definition of “vacation” is “a full eight hours of sleep on a $700 mattress”). Getting a brand to pay you to travel? That’s so important that it’s worth lying about, apparently. If only these young faux-influencers had grown up being forced to say please to Alexa and Siri. It might have taught them to show brands a little more respect.