My Attempt to Become the World’s First Survey Millionaire 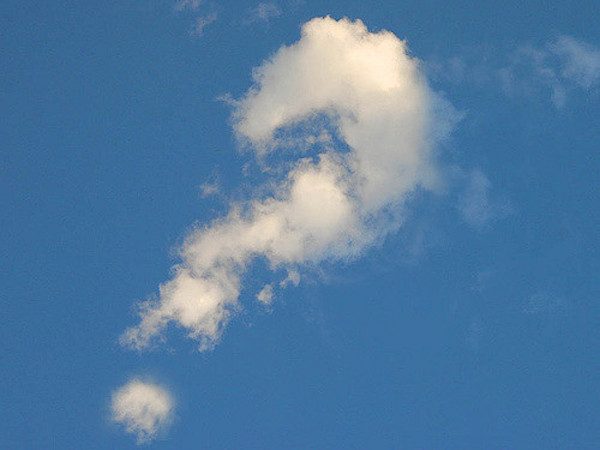 It wasn’t until after I’d Googled “sneaky ways to make money” that I questioned my turn of phrase. Why “sneaky?” I guess I hoped that word would uncover an abundance of well-paid opportunities that the rest of the internet was hiding from me. It didn’t. But it did take me to a blog post that recommended taking surveys as a way to make money — focusing on one site in particular.

I don’t want to name it in case they kick me off for revealing trade secrets, so let’s just say it starts with P and rhymes with “frolific.” At this magical place, university researchers in need of study participants are connected with members of the public willing to tell them how they feel about everything from stocks to shower gel.

You might be thinking, “Why not get a job instead of trying to take a shortcut to unimaginable riches?” and you’d have a point. But the only work experience I have is in freelance journalism, an industry with smaller budgets than a decade ago (at least in the U.K, where I’m based). I also have a disabling illness that means I can’t drive, ride a bike, or build shelves, which rules out 99 percent of the gig economy. Two things I can do? Stare at my computer and share my opinions.

First, I had to set up a profile on the site, answering an extensive list of questions about my interests, background, and location. This got boring fast, and at times was intrusive (I clicked “Rather not say” for such inquiries as, “In which postcode do you spend most of your time Mon-Fri during working hours?”) But I provided an answer for most questions, in the hope that I’d be matched with more relevant surveys as a result.

Then I clicked the “studies” tab and waited for opportunities to make money. At different times of day, various studies (almost all some kind of survey) pop up there. Each opportunity comes with a vague theme, how long it should take, and how much it pays. Some offer as little as 40p ($0.52), but more emotionally taxing surveys — about relationships or mental health — can pay £2.50 ($3.28) or more.

If you want to participate, you have to move fast. Some studies disappeared before I had the chance to click on them, and I realized the key was to express my interest first and read the details later (you can always change your mind before the survey begins). I also learned to Ctrl-C the ID number the site assigned me, as that was the first question nearly all of the surveys asked.

In my first two days, I earned £4.98 ($6.52) for around an hour spent clicking “agree strongly” or “dislike a little” on a handful of surveys. That’s not a rate of pay I’d typically accept, but I’d completed these surveys at the end of the day when I’d normally be watching TV or scrolling Instagram, so it felt like free money.

Buoyed by this success, I started to fantasize about becoming the world’s first survey millionaire. I imagined myself on talk shows on both sides of the pond and could almost hear Gayle King’s laugh when I told her about Googling “sneaky money.” I decided to commit to the site for a month to see if I could make some serious cash — or at least enough to cover my phone bill, which was £27.50 ($36.03).

In my second week, I didn’t have as much luck. Almost every evening when I checked the site, I was greeted by a graphic showing a mug of tea and the message “Waiting for studies.” Although the work (or “work”) was straightforward, this need to be patient made it one of the hardest jobs (or “jobs”) I’ve ever had.

There were other frustrations. Not every study was clear: one involved raising money for refugees by entering codes into boxes, but I wasn’t clear if the beneficiaries were real or rhetorical. A survey that asked at which temperatures different loads of laundry should be washed for maximum environmental efficiency offered extra money if any of your calculations were correct. I did not earn extra money.

I suppose I could have maximized my time by choosing any old answers, but I took every study seriously because I’m a nerd and because many of them include questions designed to catch out inattentive participants (“click ‘disagree strongly’ to show you’re paying attention”). It occurred to me that someone more financially stable might have skipped some of the heavier surveys, but it’s been so long since I’ve seen my therapist that it was nice to have someone to spill to.

In my third week, I discovered a rich seam of surveys on Thursday and Friday night, and a few on Sunday morning. Soon, my earnings total was £19.99 ($26.19) — and seeing that number tick upwards was so addictive that I started doing what I knew was a bad idea: checking for surveys during weekdays, taking time away from writing assignments to earn a few pence here or a pound there. One afternoon, I was about to spend 90 minutes reading a series of words into my iPhone recorder for a study that paid £12 ($15.67) when I caught myself and pitched five ideas to editors instead.

As a kid, I loved filling in forms so much that I wanted to work in a bank when I grew up. As an adult, if I could earn a living from completing surveys, I probably would — it would cause me less anxiety than journalism and allow me to only write what I wanted to. It would also mean entire days thinking only about myself with no human interaction, which might not be entirely healthy.

Not that I’ll get the chance to find out. As anyone grounded in reality could have predicted, I didn’t become a survey millionaire. I didn’t even earn enough to cover my phone bill, cashing out just shy at £26.54 ($34.77) after 30 days. But I did earn some relatively easy — maybe even sneaky — money and shared my opinions on all kinds of topics. You can’t ask for much more than that.

1. We Did Good, Billfold
2. Question Wednesday
3. What I Learned From Five Years of Writing and Editing for The Billfold
4. How a Program Assistant Dealing With a New Paycheck System Does Money
5. Classic Billfold: What I Wanted From My Move to Portland and What I Got
gig-economyjobsside hustlessurveys