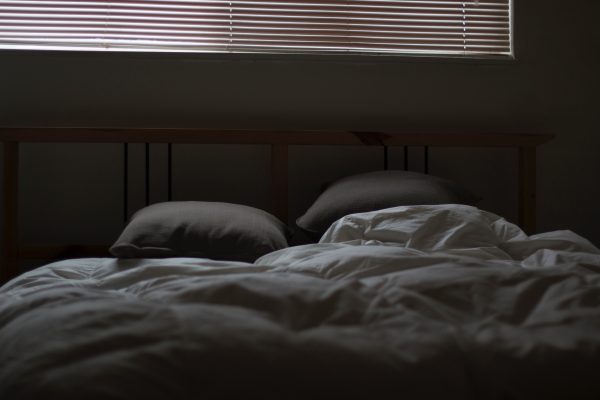 Photo by Quin Stevenson on Unsplash.

There once was a couple who were expecting their first child. This couple was sometimes referred to as “wealthy,” most often by people who didn’t understand exactly how hard it was to make ends meet in a major metropolitan area, even with an income in the high six figures. Real estate was expensive. Educations had to be paid off. Money had to be saved for retirement and periods of unemployment and the potential risks of unexpected expenses. For example: this couple had postponed their childbearing until they were sure they could afford it, and because of that it had cost them extra.

After Bella was born, the couple hosted a brunch to celebrate her christening. They had it catered because neither parent was going to do that level of cooking, for a dozen people, while caring for a newborn — and anyway, they’d skipped the gender reveal party and the babymoon, either to save money or because they were too busy at work, depending on which half of the couple you asked.

The reason they didn’t invite Faye also differed, depending on who told the story. The husband explained that it was a christening party, and his younger sister wasn’t Christian (“she gave it up — loudly — in high school”); the wife made excuses about chairs and wanting to celebrate with close friends, not extended family they saw once a year.

Of course, Faye showed up anyway. Blame the new grandmother for that one, not that the couple shouldn’t have seen it coming. But they argued about it anyway, after the party was over:

“We have to start setting boundaries now,” the wife said.

“She just wanted the whole family there,” the husband said.

“It wasn’t that bad,” the husband said. “It was good to see Faye. It wasn’t like she went around making pagan curses or anything.”

Faye had not made any pagan curses (and she no longer identified as pagan, not that her brother kept track). All she’d done, while holding Bella carefully in her arms, was reply to some anodyne comment about the joys of parenting with “Wait until she’s a teenager.”

“Aunt Faye asked if I wanted to visit her this summer,” Bella said. “For my birthday.”

“We already have plans for your birthday,” her mother replied. The traditional experience-not-gift, which always turned out to be more expensive (and forgettable) than a gift would have been, in part because they still had to buy Bella the age-appropriate educational toys or classroom-mandated laptops afterwards, you didn’t get to skip that part of parenting just because you’d taken your child to the Grand Canyon.

“Well, I don’t have to visit on my birthday,” Bella said. “Her schedule’s flexible.”

But the couple realized that a week of free babysitting could be a benefit, since you couldn’t leave a teenager home alone these days, not even with GPS tracking. Bella could go to Faye’s and her parents could go on vacation.

That wasn’t the only benefit. As her father put it: “It might, you know, motivate her.”

“It’s about time she sees that not everyone lives like us. How much work it takes, just to get by.”

The first thing Bella did, after arriving at her aunt’s apartment and marveling at all of the artwork and crystals and everything her mother would have referred to as clutter, was sleep. Faye gave her the bed and crashed on the couch, and fourteen hours later Bella woke up and Faye was still there, in her pajamas, doing something on the laptop.

“I hope you didn’t have to take off work on my account,” Bella said, trying to sound adult, which meant mimicking her parents.

“This is my work,” Faye said. “A little freelance writing, a little psychic reading, it adds up. Plus it means I get to spend time with you!” She was also trying to sound like the person she thought an aunt should be.

“Ha, don’t be sorry about that,” Faye said, her voice more like her own. “In this house, you sleep as late as you want.”

There wasn’t a day that week that Bella woke up before noon. Her aunt explained that it was her natural circadian rhythm resetting after years of being trapped in a system that didn’t respect the unique sleep needs of adolescents, and Bella told her aunt that she was even taking zero-hour classes — “because my parents make me” — and Faye asked Bella why she couldn’t do what she wanted. “Don’t kids rebel any more? I did.”

“Don’t go to college,” Faye said. “It isn’t worth it, and you’ll be paying off your degree ’till you die. Your generation needs to find your own path.”

“But Aunt Faye says my generation needs to find its own path,” Bella said, in the middle of the first argument with her parents that actually felt like an argument. (She’d said “my parents yelled at me” before, like every other teenager, but they hadn’t, really. Not until that evening.)

“You are going to college,” her mother said. “That is final.”

“Faye talks,” her father said, trying to be the calm one. “She’s full of it.”

“Well, I get to decide what happens to me,” Bella said. “And I’ve decided I’m going to stay with Aunt Faye this summer.”

“What about your mission project?” her mother snapped.

“I read an article that said that isn’t even helping,” Bella snapped back. “It destroys the local economy. Plus you can’t write about it as your admission essay anymore so why bother.”

The shouting ended without anything being resolved, and Bella’s parents went to bed wondering where they’d went wrong. “I didn’t think it would be like this,” Bella’s mother said. “Is there a pill that I can take, so I can go to sleep and wake up when she’s forty?”

Bella did go back to visit Aunt Faye that summer, and her parents started telling their coworkers that she might be one of those kids who took a gap year. (Which meant even more money that they’d be paying — gap years weren’t cheap, especially if you ended up buying into one of those programs. Though Bella would probably refuse the program and want to go scoop ice cream somewhere, and they’d end up covering any expenses that couldn’t be paid for on minimum wage.)

But Bella didn’t take a gap year. Instead, she got a boyfriend. She started dating one of her classmates right before the school year ended, and went to her aunt’s apartment with her eyes full of stars and her ears full of reminders to not send any sexy selfies, we talked about this. The boyfriend was spending his summer doing a college prep program; he sent Snapchats of ivy-covered walls and stain-windowed libraries, and Bella sent him a Snapchat of the stain on Aunt Faye’s couch. She had the couch this time, and was sleeping poorly. Plus, she was bored. Her aunt spent most of the day at work, just like everyone else, except she did her work in worn-out pajamas with an old carton of Chinese takeout molding on the card table that was also the kitchen table and the desk.

so gross, Bella texted her boyfriend.

i’ll rescue you, he texted back.

“YOU LET HER DRIVE OFF WITH HIM?” Bella’s father said, when Faye called with the news.

“She’ll be fine,” Faye said. “His car was nicer than mine.” She didn’t say that she would have tried to stop Bella, if she’d known. All her niece had left was a note.

Bella’s mother was, for once, the calm one. “It’s the best thing that could have happened. She’s going to wake up and want to go to college, and sure, it’s going to be because of the boy and they’re going to break up, but if she can just stay motivated through the admissions process she’ll be there. She’ll be safe.”

Bella did get into college. Her admissions essay, “Is it Pink or Is it Blue?” was about the process of planning a gender reveal party with her parents while being part of a generation that no longer thought of gender as a binary. Her parents could have written a different essay, about the costs of helping their daughter raise a child, and how they probably wouldn’t be able to retire now, but at least they were going to help Bella and the new baby have the best possible lives.

This time, they invited the whole family to the party.

1. We Did Good, Billfold
2. Question Wednesday
3. What I Learned From Five Years of Writing and Editing for The Billfold
4. How a Program Assistant Dealing With a New Paycheck System Does Money
5. Classic Billfold: What I Wanted From My Move to Portland and What I Got
fictionfinancial fairy tales