How a Freelancer in the Entertainment Industry Does Money 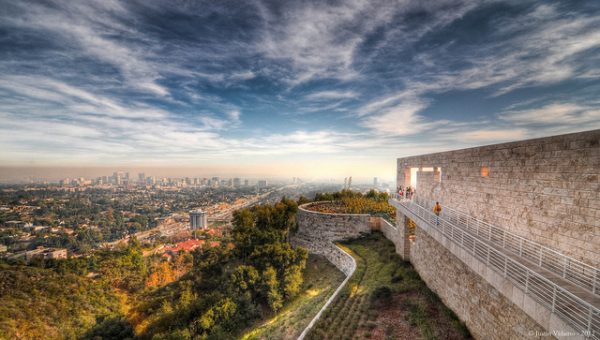 Rosalynn (not her real name) is 27, and is freelancing in entertainment in Los Angeles.

So, Rosalynn, how much money are you making?

How about this year? Are you still earning roughly the same?

What part of the entertainment world are you working in? Are you looking for a new job within that world?

I have two jobs right now:

Yes, I’m looking for a job in the same worlds. I want to be a TV writer/playwright. I’m looking for writing gigs within entertainment. Due to burnout and recurring health issues, I want to get out of the technical side of theater and stop doing manual labor as part of my job.

So where is your money going? What are your major expenses? Are there any job-hunting expenses that have been added to your budget?

I’d like to acknowledge my privilege for what I’m about to say next. I think it’s important to acknowledge, especially in the arts. I live in a family-owned house rent-free. I pay utilities. The last year or so I’ve put several grand into the house for some improvements (the house is a hundred years old, though it has not been in the family nearly that long).

The biggest job hunting expense has been time (which can be money). Since I’m mid-career as far as theater work, each job application takes a ton of time, especially if you interview multiple times and don’t get the job. I’ve been budgeting an extra 5 hours per week for job hunting. Each job application/interview is about 6-8 hours of work, especially if they ask for you to create a new writing or create a new piece of content.

Most of the job hunting time/energy has cut into unpaid writing time.

I know there’s a lot of conversation about whether you should “write for free” (or complete projects for free) as part of the job interview process, since it’s a common request in multiple industries. How do you feel about it? Is there a way to tell whether it’s worth it to do a sample project for free?

In general, I’ve been wary of writing too many samples for free.

So back to money, then. Are you able to put money into savings? Retirement? Long-term goals?

I put about 3 percent of post-tax money into my Fuck Off Fund. I put, on average, $50 per month into my Roth IRA. I have about $2,000 in various year-long CDs. I’ve never had the option of an employer-matched anything.

How do you feel about the state of your finances, in general? You mentioned your privilege, but it also sounds like you aren’t earning as much as you’d like and aren’t receiving benefits for your work.

This is the most secure I’ve ever felt with my finances. I finally feel like I’m earning enough to support myself and do more than just break even at the end of the year.

Day-to-day I feel fine, but I worry that if a big something happens I’d be wiped out financially.

I don’t have enough money to pay off student loan debt ($25,000) much quicker. Or pay of my car loan much quicker. I’d love to get out of debt.

At my theater job I’m an at-will employee. It means that I only have work when the theater has something in the space. Although I earn a good per-hour rate, the number of hours I work really fluctuates. In June I worked 65 hours per week. In July I’ve averaged 5 hours per week. I’d like to find something a bit more steady and consistent.

You didn’t mention your student debt in your list of expenses. How much are you putting towards that every month?

It’s a new expense that doesn’t start until next month. I’ve been on an income-based repayment plan and this will be the first year that my monthly payment has been anything. My payment is $90 per month. Up until now I’ve thrown a few hundred dollars a year at my loans when I worked overtime and didn’t really think about it since I wasn’t required to pay anything yet.

What do you think you do really well, financially, and what do you wish you could do better? Have you made any major financial mistakes?

I’m really organized. I keep a very detailed spreadsheet of everything I earn and everything I spend. I’m very aware of my finances.

I think i could be better at standing up for myself and asking for more money. When I graduated from college, I assumed whoever I worked for would be fair with compensation and give raises because that had been my experience in the past. Especially as a freelancer, I have to advocate for myself more and ask for more if I want to earn more money.

I made a big financial mistake when I got my wisdom teeth out. This was partially based on my not understanding how health insurance works, but it was also a screwup on the health insurance part. I had to see an oral surgeon for two of my wisdom teeth. When I called my insurance they said my doctor was in-network and they would cover half the procedure. All of this was on the phone, nothing written. After having the dental work done, they billed me for most of the cost and said my doctor was out-of-network. They would not honor what the original person said on the phone because the onus was on me to get a written pre-estimate before having any procedures done.

Instead of paying $800, I ended up paying $1,300 of the total $1,800 bill. I thought I was being responsible by calling but it was not enough. Still got screwed. So now I ask for everything in writing and ask to speak to the supervisor to confirm everything. At the time I didn’t quite have enough money for the $800 and when I got hit with the higher bill, I put it on my credit card and took several months to pay it off.

Ugh, I’m sorry. Getting everything in writing is a smart move, and it’s also hard (and probably one reason why Millennials hate phone calls).

Would you like to change your Doing Money habits in the future? Or are you happy with what you’re doing?

I think I’m really good with tracking and saving consistently. I’d like to ask for more money and feel that what I offer/create is worth that amount (instead of feeling self-conscious about it). As I earn more money, I’d like to put more towards debt repayment.

It sounds like you’re well set up to achieve those goals.

Do what’s right for your specific circumstances. I found general money advice to not be applicable to me as a freelancer, such as “get a retirement match.” I never had that option in the first place.

You know what’s right for you. Like you, I found it so helpful to save a percentage of my income instead of a specific number number. Month-to-month my income changes.

Also, read The Billfold because it is the nicest place on the internet. It was one of the first finance blogs I read that addressed the money side of freelancing. which was SO helpful to me when I first started. I’ve only ever freelanced. I’ve never had a traditional job.