On Full Employment Without Wage Growth 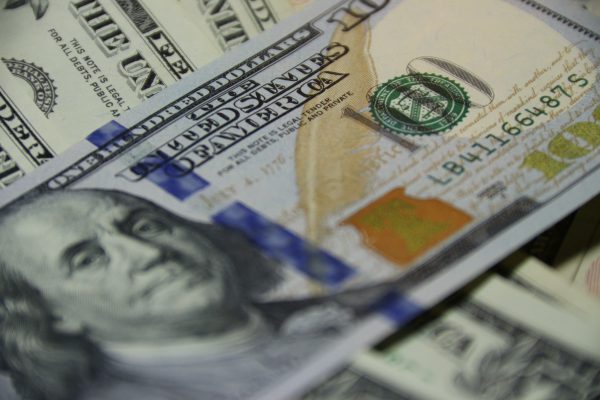 Photo by Vladimir Solomyani on Unsplash.

I have three articles, one podcast, one report, and one tweet for you today, and they’re all variations on a theme.

We’ll start with The Atlantic, which notes that “For the first time in recorded history, the number of job openings is higher than the number of people looking for a job.”

On the one hand, yes. People who might otherwise be excluded from the job market, due to factors like education level or prior criminal record, are finding jobs. People of color have better access to jobs. Both younger and older workers are more likely to get jobs.

On the other hand… well, let’s go to Heidi Shierholz, Director of Policy at the Economic Policy Institute and was previously the Chief Economist at the U.S. Department of Labor.

Employers should be raising wages in order to compete in the job market and attract the best employees, but they aren’t. As The New York Times explains: “Corporate profits have rarely swept up a bigger share of the nation’s wealth, and workers have rarely shared a smaller one.”

The NYT confirms that “no real wage growth” statistic and lists a few other factors that make life worse for workers:

Hourly earnings have moved forward at a crawl, with higher prices giving workers less buying power than they had last summer. Last-minute scheduling, no-poaching and noncompete clauses, and the use of independent contractors are popular tactics that put workers at a disadvantage.

And in the background, the nation’s central bankers stand poised to raise interest rates and deliberately rein in growth if wages climb too rapidly.

The interest rate issue was the subject of one of last week’s Indicator from Planet Money podcasts, in which Cardiff Garcia and Stacey Vanek Smith explain why we should all be earning more money on our savings accounts:

VANEK SMITH: So for example, the Fed has raised interest rates from 0 to about 2 percent in the past few years. So banks that have a deposit account with the Fed are getting almost 2 percent interest on their deposits. So in theory – in theory, the banks should pass on these new, exciting interest rates to their customers.

GARCIA: But do they pass on those rates?

HAHAHAHAHA! It’s funny because it goes against economic principles!

The Los Angeles Times, meanwhile, informs us that “The average work week increased by 0.3% over the past year,” and reminds us who’s really getting rich off all this work:

The underlying cause of the “labor shortage” is hiding in plain sight. It’s the long-term trend of funneling the gains from labor productivity not to the workforce, but to shareholders. As with any addiction, this process produces short-term euphoria, reflected in share prices, but long-term pathology, reflected in income inequality, poverty and social unrest.

But the War on Poverty is over, according to a new report from the Council of Economic Advisors:

Between 1961 and 2016, consumption-based poverty fell from 30 percent to 3 percent, amounting to a 90 percent decline (and it fell by 77 percent since 1980). This likely even understates the reduction in material hardship as it omits the consumption-value of increased public expenditure on healthcare and education for the poor. Based on historical standards of material wellbeing and the terms of engagement, our War on Poverty is largely over and a success.

That quote is on page 29 of the report, and right above it is this chart titled “Percent of Population in Poverty, Official Measure and Consumption-Based Measure, 1959–2016.” Consumption-based poverty, which is based on how many products and services people consume, may have declined — but according to the Official Measure, which tracks pre-tax income, poverty has remained constant.

I should also quote the next sentence in that report:

Of course, the trends in Figure 5 do not necessarily imply that the expansion of welfare programs caused the reduction in poverty, although they have likely played an important role.

Read any/all of the sources I’ve listed (or listen to the Indicator episode), and let’s discuss!

1. We Did Good, Billfold
2. Question Wednesday
3. What I Learned From Five Years of Writing and Editing for The Billfold
4. How a Program Assistant Dealing With a New Paycheck System Does Money
5. Classic Billfold: What I Wanted From My Move to Portland and What I Got
full employmentjobspovertystudies-showwage growthwages