How I Travel on a Non-Profit Salary 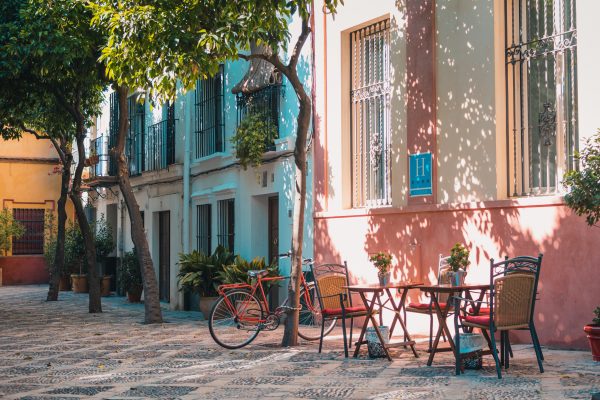 Photo by Johan Mouchet on Unsplash.

Most people who know me know that I have a travel problem; in the past year I’ve visited eight different states and three countries. It’s not extravagant, but I try to go somewhere new every month or so — and while other people might call it a problem, I think it’s a way of life. For me, travel is simply another line item in my budget, and living in one of the most expensive cities in the U.S. means that I’ve learned how to make my budget work.

I can’t deny that travel can be expensive, but it absolutely doesn’t have to be. I’m 24, have student loans, work for a non-profit academic publisher, and make $38,000 a year. I won’t pretend like I don’t spend a lot of money on travel, but it’s one of the few things that keeps me going. When I’m trapped in my cubicle at work, it helps to imagine that in a few weeks, I’ll be off doing something new. Plus, when I return from vacation, I know I’ll be well-rested and ready to get back to work (at least for a little while). I believe that if you think of travel as a financial burden, it will be. So, instead, I think of it as a necessity. I include it in my budget and I save up my vacation instead of spending it on midweek beach days (well, most of the time).

Using my recent trip to Barcelona as a guide, I’m going to tell you how I managed to pull off a week-long European vacation with a budget of just $1,500 per person. If you couldn’t tell by my excessive use of the word “budget,” I researched and planned most of the expenses beforehand, starting about six months before our trip, and I left a significant buffer in some categories. Then, when I had an idea of how much money I needed, I started saving $50 each week.

There are so many ways to find cheap flights that there’s no excuse for paying full price for a flight, even an international one. Flights from the U.S. to Europe are often upwards of $800 per person, but with major sales and new budget airlines, you can easily find flights in the range of $400-$500. Yes, a ticket under $300 is rare, but it’s the kind of deal you can take advantage of if you’re flexible and ready to buy tickets immediately. (When I saw the Scott’s Cheap Flights email, I checked my calendar, bought tickets, and then told my partner we were going to Barcelona. He sent me money over Venmo and the rest is history.)

In addition to making your upfront travel costs a lot lower, the money you save on flights can be put to much better use — in our case, it was buying tons of wine to bring home in our checked bags.

We stayed in a studio in El Raval, right in the heart of Barcelona, for just over $100 a night. It was cheaper and more centrally located than most hotels we found, and we were able to save money by making a few meals in the fully-stocked kitchen. We shopped at the market for deals on fresh fish, and drank wine while we ate on the balcony and people watched — which made our meal feel like an experience rather than a cost-cutting necessity. I love Airbnb because it helps you feel like you’re truly living in a new place. Hotels or hostels have their perks, but they don’t make me feel like I’m part of a neighborhood.

We knew we wanted to take a weekend trip while we were in Europe, so I did some searching and found $60 flights from Barcelona to Bordeaux. (Had I looked earlier, I probably could’ve gotten them cheaper, but I’m happy with the price.) We stayed in another Airbnb for $65 a night. Though we like getting to know a city, we also like being on the move, so we took a few day trips from both Barcelona and Bordeaux. We spent money on trains and sometimes taxis, but otherwise we took the bus or walked. Both were great ways to really get a feel for what life is like in those cities.

Food was one of our biggest splurges. We aren’t the kind of couple who turns down a good meal, and I knew that even if we stuck to cheap tapas, it would add up. In my budgeting mindset, it was useful to remember that any meal I ate abroad would be more memorable than the salad I could buy myself for lunch on a random Wednesday — and all of our meals during the trip, from the most delicious gourmet dinner to a late-night stop at Wok to Walk, were nothing less than fantastic.

The best thing about our trip was that we didn’t scrimp on any of it. This part of the budget became a catch-all for everything that didn’t quite fit into the other categories: we used it for sightseeing, museum entry fees, souvenirs (including wine), and probably some other things I can’t quite remember. This was our free-for-all money, and with it we did everything we wanted to do.

One of the reasons I’m so excited to share this trip is that it’s the first time I’ve been so successful with my budgeting that I never worried about money while we were traveling. Usually, when I travel, I keep reminding myself that I’ll have a huge credit card bill waiting for me when I get back, so I probably shouldn’t have another glass of wine or call an Uber. For the Barcelona trip, my planning and budgeting gave me the freedom to not worry about money. When I got home from the trip, I waited for all of the transactions to post and then paid the entire balance from my designated savings account. I still can’t believe it was that easy.

If you hate budgeting and can’t stick to plans to save your life, there are other things you can do to have a less expensive, but still life-changing vacation. Other tricks in my arsenal include: using (but not overusing) a travel rewards card; taking advantage of business trips by extending them a few days; traveling off-peak or during the weekdays; and just generally looking for deals wherever possible.

I’ve already started planning a few more trips (including a solo trip to Iceland this fall, which I’m really excited about), and since I never stopped my automatic transfer into my travel fund, I already have a significant amount saved up. $50 a week may not seem like a ton of money, but it’s $2,600 over the course of the year, more than enough for one big trip and a few smaller ones. Since it’s earmarked for travel in my budget, I guess I’ll just have to find somewhere to spend it.

Kristin Waites is a writer and traveler based in Boston, where she’s busy working on a novel and trying not to spend all of her money on lattes in the process. You can find her at kristinwaites.com or @kristinwaites on Twitter.

1. We Did Good, Billfold
2. Question Wednesday
3. What I Learned From Five Years of Writing and Editing for The Billfold
4. How a Program Assistant Dealing With a New Paycheck System Does Money
5. Classic Billfold: What I Wanted From My Move to Portland and What I Got
budgetingtravel