How a Newly-Minted Philosophy PhD Does Money 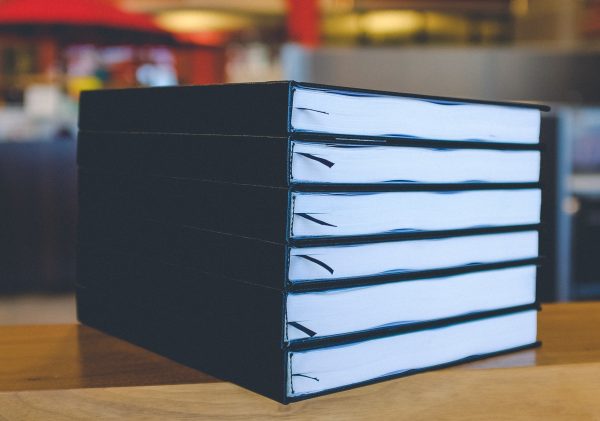 Photo by NeONBRAND on Unsplash.

Katrina (not her real name) is 29 and just defended her dissertation for a PhD in philosophy.

So, Katrina, how much are you making?

My funding package as a grad student changed a little bit depending on which departments I was teaching or TAing for, whether I was a TA or instructor of record, and whether I had another job with my university. This last academic year, my take-home was about $2,000 a month, from something like $17,000 from my department and some additional hours at the university’s writing center. The job I’m starting in August will take my income to $48K.

Oh, I should mention: I was on a ten-month funding package.

Yeah. August and May are half months, and I don’t get any regular funding in June and July. I sometimes had summer teaching or research assistantship work, but that was very inconsistent.

How did you cover those months? Did you save your funding? Take out loans?

I had a job at a restaurant my first summer, which I worked through the next summer. I stopped that job when I was teaching my own courses. Then, I just saved money throughout the year. This year, I saved up $3,000, which would be a good cushion if I weren’t moving!

But you’re moving to a new job!

Yes! Which is great.

Is it an academic job?

It is! It’s a visiting position, so it’s temporary, but often when you get one job you are more competitive for others.

Since you asked about loans: I know some people who took out small loans for grad school, but that was generally to cover university fees (which are high at my institution), not to make it through the summer.

So you got through grad school debt-free?

Yeah, I got lucky. It helps that I live in a low cost-of-living area, and I’ve been splitting rent for the last five years.

I do have some debt from undergrad: about $17K.

Were you paying that off during grad school, or deferring it?

I deferred it, but started keeping up with interest payments in my second year. I also managed to pay off one of the loans a few years ago when my grandparents gave everyone an advance on their inheritances. So I started grad school with about $20K in debt.

Now I want to ask your grandparents how they do money, since it seems like they decided they had more than enough? That’s fortunate for all of you.

That would be an interesting conversation, to be sure! They owned a company for a while, which they sold when I was a child. I think that’s the basis of their wealth.

So how will things change financially when you start working? Do you have a plan?

I do! My expenses will be increasing, particularly my rent and travel (I’ll be in a long-distance relationship and traveling back here to see my partner), and my loans will be out of deferment. But my other expenses should stay pretty much the same, I hope, so I’ll be focusing on getting a positive net worth.

That’s actually my goal: to finish this job with a positive net worth.

How long is the position?

So how much will you have to set aside every month to pay off those loans and get your positive net worth by next June (or May, I don’t know when the school does graduation)?

I’ll be paid through next May. I think I need to save $1,000/month, but I’m including paying down the loans in “saving.” It’s hard for me to tell for sure right now because, for one thing, I’m having a hard time figuring out when my deferment officially ends — and for another, I’m not totally sure what the monthly take-home will be.

I’m hoping to start with $250, which is about $50 more than the minimum payment will be.

A combination of cash and retirement savings. I have an IRA that I’d like to fully fund, and when I have more flexibility with my money I’m going to put some of it (maybe $200 a month) in a high interest savings account.

Yeah, but at least I’ll be building it back up rather than starting from scratch.

I’m a little confused, though — if you’ve got $17K still on your student loans, you won’t be able to pay them off with $250 a month for a year. Are you not counting them in your positive net worth goal?

That’s what I’m telling myself, anyway.

Oh, got it. You don’t mean zero debt, you mean your assets exceed your debts. Which is the actual definition of positive net worth, LOL.

I’d love to finish this job without any student debt, but the debt is fairly reasonable as these things go, and I’d rather have the flexibility of cash and the longterm security of stronger retirement savings.

The Value of Debt in Building Wealth!

I’m pretty sure I’m not the kind of case he was thinking of, but yes!

I haven’t asked yet about your major expenses, both during the upcoming move and once you arrive. Will you be doing roommates again? Do you have a car? Where is your cash going (in addition to long-distance relationship travel)?

I do not have a car, I bike, and I plan to continue doing that. I will be living on my own. The new place is $800/month, which includes some utilities but not all. My current place is $375/month (per person), so rent will be a big change, and I won’t be splitting utilities any more.

They are pretty great.

Right now I spend between $100-$150/month on groceries (I have a separate liquor budget), and I think that will stay about the same. I expect my clothing, makeup, and skincare expenses will stay the same, though my clothing may tick up a little: it depends how the routine works out, plus I have some clothing that is probably about to wear out.

I might lose my student subscriptions to things like the NYT and the Post, though I won’t have to deal with my New Yorker subscription until April or so.

I’ll also have to buy some more furniture. Most of the furniture in my house is mine, but I’d really like to have a better bed and mattress, so that’s a big purchase I’ll be saving up for.

I got to be pretty good at it, but I have found it dispiriting to eat into my savings yearly. Even when I had summer funding, and could save during those months and cover my expenses, I’d have to fork over a big chunk when the semester started.

I also didn’t have a credit card for a long time, which might have shaped some of my habits.

Did you have enough of a credit history when you finally got one?

Yeah, thanks largely to student loans.

I have two cards, now. One is a cashback card from my bank, and one is an airline card that I got in anticipation of future travel.

Do you plan to pay them off every month?

Yes, that’s been my approach. I’ve occasionally lapsed when I was waiting for travel reimbursements, but I haven’t actually had to pay any interest yet. That may change with the move, but I think the timing will work out so things will be a little tense, but not too expensive.

Well, this is really specific, but: if you go to grad school and you get that packet about your university’s retirement program, believe that it applies to you and sign up. You might not get the full benefits, but it will make a huge difference in the long run, and PhD programs are a longer run than you might understand when you start them.