All About the Hamiltons: My $10-a-Day Spending Challenge 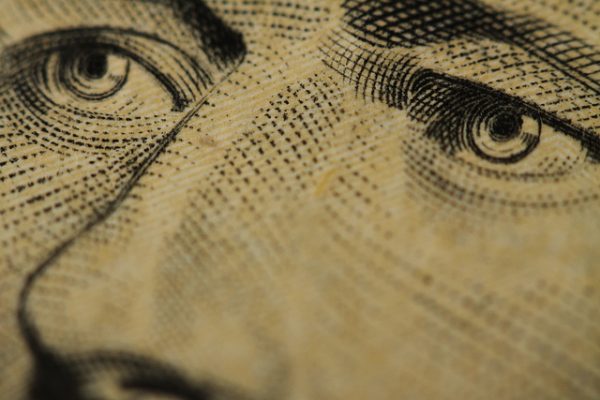 Supposedly, it’s not the bigger purchases that sink you financially. Instead, it’s the numerous smaller purchases you make every day (lattes, avocado toast, etc.). I’m not sure I believe that theory, but I was up for a challenge — so I built one for myself. I’d only spend $10, every day, for a month.

The rules were simple. Every day I’d give myself ten dollars of discretionary money. At the end of the day, whatever money remained unspent would roll over to the next. If I started the first of the month with $10 but only spent $2, then on the second of the month I would have ten dollars from that day plus the remaining eight from the day before, for a total of $18 — and so on, throughout the month.

There were some exceptions to the rule. Medical care, bicycle repair, utility bills, and rent were all exempt from the $10-a-day restriction, since these were all necessary purchases needed to secure my health, my housing, or my job. As understanding as my landlord is, I think he has his limits — and I can just imagine how that conversation would gone had I tried, and how it would have ended. Not exempt were the many discretionary purchases I make in the course of a day, like groceries, public transit, and grabbing a meal or a beer with friends.

The experiment was simple enough; I just had to come up with a system to follow. I initially planned to withdraw $310 in ten dollar bills on the first of the month, then lay them out in labeled envelopes like a kind of financial Advent calendar. I quickly scrapped the system because I didn’t have enough envelopes — and buying more would have involved making one of those small purchases that sinks us financially. So I paid with a card and kept notes on my phone.

The first day went by without a problem. Two dollars on coffee, with eight dollars rolling over. The second day wasn’t too bad either, with a further remainder of $13.14 rolling over to the third. But by day three, I was already starting to feel the strain. Not to my wallet, but my mind.

I’ve heard that the third day is the hardest of any new routine, whether it’s quitting smoking, kicking booze, learning jiu jitsu, or training as a Navy SEAL. Whatever you’re trying to do, you just have to make it past day three. I made it past — but I was filled by a new kind of hunger. Everything suddenly came with a price tag. No matter where I looked I saw things I could not have. Whether the purchase was severely needed (groceries, for example) or strongly desired (a cup of coffee at a favorite café) I would have to go through some severe self-justification.

Why buy groceries? Because without food I will die. Okay. Easy. But why go out for coffee? Why not just make it at home? Because I know that if I stay home I will not work. I won’t write, I won’t research, I won’t schedule interviews and meet deadlines. Instead, I will putter in the garden, fix a leak, stream old Julia Child videos, make up dirty rhymes about Nantucket. I will neglect personal hygiene until my nails grow long and curly and tear holes in my clothes, which I will then cover with the meter of beard that has sprung from my face. (And I hate beards.)

All this self-justification prompted me to look for ways to both earn and save money, even on items exempt from the $10 a day budget. Sleeping late represented work hours I was not using, so I started waking up two hours earlier. Using fresh water on the garden meant driving up the utility bill, so I checked my local regulations, then hooked a hose up to the laundry so we could feed the yard with every wash. I had to spend $20 to add data on my phone twice, putting my total phone bill at $85 for the month — which, even though it was a utility bill and exempt from austerity, really got me miffed. I checked with my carrier and found they had a plan with significantly more data than my current $45 plan for only $5, so I switched plans.

By the tenth of the month, I had yet to do proper grocery shopping. Not enough money rolling over. Out of curious desperation I cooked a heap of greens from some radishes I’d forgotten in the garden. I stir-fried the greens with a 35-cent pack of ramen from the corner store and an egg that was probably older than some children who had yet to be conceived at the time it was laid, and I had dinner for under a dollar. Meat was too expensive. Leaves were plenty and free, so I became a de facto vegetarian. Pandas make it work!

Creativity thrives on limitation. When the eggs ran out, I looked deeper in the pantry and found some pasta and a bag of dry beans I’d forgotten. I left the beans in the rice cooker for the day, then cooked the pasta and mixed the two together. I added chopped greens, garlic, and sage from the garden, a squeeze of a lemon from the neighbor’s tree, plus a heel of parmesan left over from a roommate’s party. The result was what you might call a mulligan. It was also one of the better dinners I’ve ever made, but hunger improves everything’s flavor.

Still, this kind of life was exhausting. Not because I missed money; I just missed not having to think about it. I felt angry, like something had been done to me, even though I’d made this decision myself.

I was also frustrated because I had hoped to find ways to save on non-essential purchases — but the majority of my purchases were, in fact, essentials. Yes, I didn’t have to spend $4 on a slice of pizza on the 12th, and I could have pushed off that $4.29 bag of potting soil till the next month. If I’d really wanted to cut money, I could have bailed on fancy French brunch with a friend for her birthday, even though, as she explained, she chose to hold it in Berkeley at least in part so that I could attend. How do you say no to a friend like that?

As the month neared its end, I decided I needed a vacation. A friend was driving to Yosemite and invited me to join and split gas money. I did the math and declined. However, someone on Craigslist was driving to the Oregon border. The ride was free so long as I shared driving. I said yes, threw a bike in the back of his van, and, once we got to Oregon, turned around and pedaled the three-hundred-something miles home.

I didn’t make it. Oh, I pedaled home to Berkeley fine, but by the time I got home I had spent $128.30 over my $10-a-day limit. I didn’t stay in hotels or pay for showers on the ride, but eating out every meal over four days pushed me over budget.

It was a relief when the month ended. Not because I wanted to blow a couple hundreds; I just didn’t want to have to think about money that critically anymore. I felt angry all the time. My financial toolbox had been restricted to a single-purpose, ten-dollar tool whose power diminished with every swing — and still I wanted to beat at every six-penny nail with the hammer I had. I wanted to beat and beat till the handle broke free.

As a means of saving money, I don’t recommend the $10-day-project, even though it works. All that stress just cost too much. Limiting myself to ten dollars a day did help me to see where I am overspending, and where I could make the same purchases but a little more sensibly. Even though I failed at sticking to my budget, I still only spent $14.15 per day for the month, despite living in one of the costliest metropolitan areas in the world. Which, I guess, is a success of its own — but it sure doesn’t feel like it. I don’t want to be congratulated for not spending money. I just don’t want to feel like every purchase I make is a withdrawal from some better life I could have, sometime in the future.

I still don’t believe that it’s the small purchases that sink us. Reducing my utility and phone bills — or, as you might remember from last year, my rent — will do more to benefit my finances than saying no to a $4 slice of pizza or even a $128 vacation. It’s those small purchases, whether we’re celebrating a birthday with a friend or buying a cup of coffee while we work, that keep us swimming.

1. We Did Good, Billfold
2. Question Wednesday
3. What I Learned From Five Years of Writing and Editing for The Billfold
4. How a Program Assistant Dealing With a New Paycheck System Does Money
5. Classic Billfold: What I Wanted From My Move to Portland and What I Got
budgetingchallenges