The Billfold
To Insure Prompt Service

On Tip Prompts and Tip Regrets 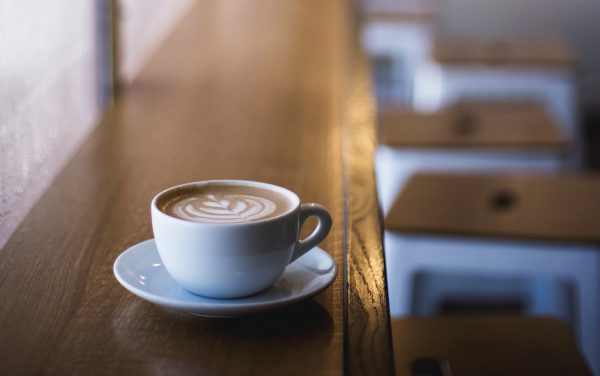 I have been a server and a barista for many years. I have been a consumer for many years. I know both sides of the coin like the back of my hand. There have been times when the tips carried the weight of my life on their back — I needed them, and a certain amount of them, to make rent. There were times that my tips were merely emotional. I knew I had my bills covered, so each additional $1 meant I was closer to buying something for sheer enjoyment’s sake. An iced coffee. A movie ticket. A night out.

But I went into each job knowing that I was hinging my financial well-being on other people’s generosity. A lot of factors go into how we tip: education (whether we know the reality of what those who work tipped jobs make per hour), previous work experience (THERE IS NO GREATER TIPPER IN THE WORLD THAN A FELLOW SERVER), income (how much you can give is often based on how much you have) and the shining, glowing star: generosity (how much you can give is also based off the size of your heart).

Let me get back to my point, though. I walked into each food service job fully informed of the uncertainty. I knew I wasn’t guaranteed a certain amount of money. I was hoping that with every interaction, I would give the kind of care to others that made them want to tip well. Part of my job was making people feel cared for. People don’t often tip because you filled their Coke up to the top of the cup. They tip because you warmed their soul while you were pouring the beverage. The ability to multi-task is CRUCIAL in the service industry — but the ability to do it while tending to the spirit of another person? That’s the actual job, if you ask me.

Still. Because I have worked in the industry, I tip always and I tip well. A server can give me sub-par service and I still tip generously because I want to make sure that server can pay their rent. A barista can literally just pour a cup of black coffee into a mug, and I tip $1.00 because I want her heart to feel filled up. Occasionally, I have been a little shocked by how un-tenderly I have been treated by someone serving me — but I have been able to overlook that, for the most part. I think of how shitty the days can be. You’re often dealing with a lot of entitled customers on one end and short-tempered support staff on the back end. The server is on the front line, toeing between two worlds. Honoring desires of the customer base while massaging the egos of the people at the helm. It’s harder than one imagines. And it is like this every day.

I have never regretted tipping a high amount. In fact, I usually feel better the more I tip, no matter what. I feel generous, which makes me feel good about myself. Giving — in any situation — does not usually end up making us feel bad. It gives back, per the very nature of the beast. It gives back to us by making us feel good.

But last week, a barista straight up treated me terribly. You know when someone speaks to you in such a way that it causes your body to tense up and then almost shut down, until you walk away and realize that your face is burning? It was as if, with her words, she had reached up and slapped me across the face.  And I — too shocked to think intelligently and too habituated to allot for outliers — I tipped that woman almost two dollars. The woman who snapped at me when I asked for soy milk and forcefully asked that I re-swipe my card, then barked my order at the barista to her left.

Even worse, I tipped her almost two dollars on my credit card. (It was one of those iPad tipping situations, where the screen pre-fills tip amounts and asks that you hit an option before moving forward.) Since my credit card is already sitting at an unhealthy amount, and since I do not pay it off every month, this means that the tip I charged will accrue interest — and will eventually be equal to an amount more than the almost two dollars. It could double! Quadruple, even, depending on how long it takes me to pay the damn thing off. What I’m saying is that I went in the hole for this woman. This woman who treated me like garbage.

The United States service industry is built on the backs of tips. Those employed within it are essentially not employed without the ritualistic and generous tipping the customers are tasked with. Although the behavior of this one gal was outside of the norm, it proved to me that some of us, when in the customer role, will tip no matter how we are treated. I walked away feeling wronged, ashamed, hurt, and taken advantage of. And I find myself asking: what is the cost of that?

Kelly Green is a writer living in Wisconsin. She can be found at www.thekellygreen.com or on Twitter @kellygreeeeeen (that’s 6 e’s, because her name is anything but unique).

1. We Did Good, Billfold
2. Question Wednesday
3. What I Learned From Five Years of Writing and Editing for The Billfold
4. How a Program Assistant Dealing With a New Paycheck System Does Money
5. Classic Billfold: What I Wanted From My Move to Portland and What I Got
foodfood seriesfood-servicerestaurantstipping