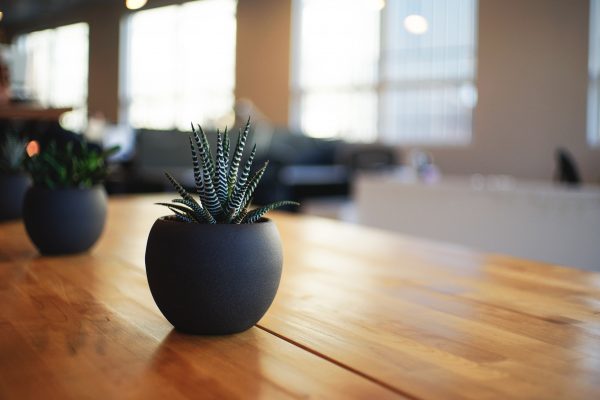 Photo by Alvin Engler on Unsplash.

I manage an awesome team of high achievers who take a lot of pride and personal satisfaction in their work. As their manager, I’m committed to making sure they’re feeling challenged and supported, and helping them prioritize tasks when things get busy.

There’s a person on my team who’s been going through a rough patch in his personal life — although I’m not privy to the details. This has impacted his work a bit, although not in any way that’s actively becoming a problem, and everyone, myself included, is still really happy with his overall performance. Plus, we’re fortunate enough to work at a company that’s very into “the whole employee,” and my boss agrees that we should try to do what we can to minimize stress for this person while he deals with personal stuff.

Here’s the problem: he feels terrible about the impact to his productivity, and no amount of reassurances on my part seem to be helping. In our one-on-one meetings, he’s constantly berating himself or freaking out, and I have to talk him down so we can figure out a plan to get the work done. I’m fine with people on my team venting to me occasionally, but I’m becoming frustrated with how much of my time is taken up dealing with this person’s feelings — especially since, as far as I’m concerned, everything’s fine with his work. To add to that, I’m a woman-presenting person and he’s a man-presenting person, and it’s hard not to think about all of the “emotional labor in the workplace” articles I’ve read over the years.

I am not a “feelings don’t belong at work” person, but I do need this person to stop feelings-ing all over me quite so much. How can I talk to him about this without a.) adding more stress to his life and b.) sounding like I’m telling him to “just suck it up”?

There are a few universal truths in the advice-giving business, and one of them is this: if someone writes in asking, “How can I accomplish X while avoiding consequence Y,” the answer is probably, “You can’t.” Whatever that unwanted Y might be, it’s almost always the inevitable result of doing X, no matter how much the letter-writer might wish that weren’t the case.

For you, this means that you may not be able to avoid stressing out your already-stressed-out employee — and you might not be able to prevent him from hearing “just suck it up” no matter how gently you try to convey your weariness. This is unfortunate, but it doesn’t mean that the solution is to put up with it indefinitely.

As I was mulling over your question, I found myself lingering on the dimensions of gender that you rightly flagged. (Readers should know that I used the subject line of your email as the headline, because it was such a perfect encapsulation of what’s going on here.) While I reject the notion that gender unilaterally defines the way we act — there are as many commonalities as there are outliers all across the spectrum — I’m aware that there are certain habits that get trained into us based on how we’re raised and how the world perceives us. Speaking from my own experience as a cis woman, I sometimes find myself sliding into retrograde, stereotypical “lady” behaviors in situations where they’re contrary to my own self-interest. It’s like I’ve been programmed, Winter Soldier/Manchurian Candidate–style. Only instead of being a trained assassin, if someone says the right activation words I suddenly turn into some kind of generic housewife who’s hellbent on convincing everyone around me that I’m just so nice.

And I mean, I am nice. I like to think I’m generally friendly and kind. But there are times when I want to embrace my inner Skeletor and find myself sliding into saccharine sweetness instead. I end up struggling to be appropriately curt to someone who actually deserves it, and I wonder…what’s up with that?

Some of it is just my own personal neurosis, probably, or a byproduct of my upbringing. But in this particular cultural moment, when every news cycle seems to turn up a new credible accusation of violence against women — with the mounting sense that, like cockroaches, for each bad man positively identified there are a thousand more still hiding in the walls — I’m starting to suspect that it’s also self-defense. There are guys out there who will hurt you if you don’t give them what they want, if you fail to accommodate them by prioritizing their will above your own. They don’t exclusively target women (and the perpetrators aren’t exclusively men), but women deal with it more, and in an especially insidious way.

Now to be clear, I’m not saying in the slightest that your employee is a dangerous person. He could stand to be a bit more self-aware about the level of emotional support he’s wringing out of his manager, sure, but that’s hardly a red flag. Self-protective instincts aren’t great at nuance, though — ask anyone who’s let out a yelp of fear when their beloved partner suddenly appeared unexpectedly, or gone into flight-or-fight mode when encountering a suspicious-looking coat rack in a dark room.

I bring all of this up not just because I’m feeling especially testy lately, but also because I’m about to give advice that boils down to “do that necessary thing you haven’t done yet” and I think it’s useful to interrogate the reasons behind the inaction.

Even beyond the contextual backdrop of gendered socialization (she typed, forgetting for a moment that she wasn’t writing an undergraduate essay), it’s never fun to tell someone they’ve been inadvertently inconsiderate. No one wants to hear it, and that alone is enough to make it difficult to inflict on a person you feel warmly toward. But ultimately it’s far worse to let people blunder along obnoxiously, unaware of the frustration they’re prompting in well-meaning bystanders. When you alert someone to their own indiscretions, you’re doing them a favor — not in spite of, but because of the fact that it requires you to deliver an unwanted message. You’re giving them the opportunity to do better at the expense of your own personal comfort.

Whenever I have to choose between gritting my teeth through something that’s bothering me or diving into the discomfort of speaking up, I think about the cumulative impact of both options. Most of the time, tricky conversations like this are the interpersonal equivalent of creating an Excel macro or an email template — an annoying extra task that nevertheless makes things easier in the long run. Sometimes you can’t recognize a problematic pattern until it’s gathered momentum, and even though it’s tough to announce a moratorium on the status quo, it’s never too late to fix something that isn’t working. Or at least to try.

Back to you, dear letter-writer, I am certain that you’ll be doing this specific colleague a favor if you encourage him to curtail his validation-seeking. There’s something deeply ironic about his behavior — he’s basically making his personal conflicts into a workplace problem through his own anxiety about doing exactly that. It’s admirable for you to be considerate when he’s already feeling vulnerable, but not at the expense of your own time and energy.

While I wouldn’t recommend actually saying “just suck it up, dude” in an office setting, I am in favor of redirecting people who have started wallowing. It’s feedback I welcome in my personal life and a service I provide to willing recipients.

But you don’t want to feed into his self-flagellation by presenting this as “stop doing that annoying thing that’s been bugging me forever.” Some people can pull off an out-of-the-blue blunt comment, but if you had that skill I’m guessing you would’ve deployed it already (and I can relate, because that’s not my strong suit either). So pretend that it only just occurred to you that his apologies and freakouts are doing more harm than good. Keep it light and breezy, at least at first — little verbal sketch-marks you can use to create the bigger picture, like “please, don’t worry about it!” when he’s shame-spiraling and “don’t be so pessimistic!” when he’s agonizing over deadlines. That probably won’t be enough to fix things — and maybe you’ve already been doing this to no avail — but it gives you something to build on. Without taking it into Serious Conversation™ territory just yet, steadily turn up the intensity. Depending on your relationship, you could try using humor — a half-jokey “I don’t want to hear any more of this negativity” followed by a verbal “bup!” and raised finger to cut him off whenever he starts up again.

With that groundwork laid out, you can wind your way into stronger declarations as necessary: “We’re wasting time talking about this when we could be discussing job-related stuff,” that sort of thing. If it triggers yet another round of self-defeating agita, you can point out the irony: “Honestly, the only real problem here is the fact that you’re worrying so much. I need you to trust me when I say that things are fine, and that I will tell you if that changes.” (If you’re sufficiently fed up with babying him, you could even START with that.) Yes, you may have to take it to the point where he feels a little wounded in the moment, and that’ll be rough for both of you, but sometimes that’s the only way to break someone out of a bad habit. Once you’ve established that boundary, hold it firm in future meetings, reinforcing with “we’ve talked about this before” if he still won’t knock it off.

If you’ve noticed that there’s a lot of effort involved in the steps I’ve laid out above, congratulations! You are correct. It takes a lot of work to protect someone else’s feelings through a discussion like this. Setting boundaries on emotional labor is its own form of emotional labor — but at least it’s a powerful final strike against future impositions.

Courtney C.W. Guerra is an editor and writer who started giving advice as Dear Businesslady on The Toast in 2014. She’s the author of Is This Working?, a career guide for anyone who’s interested in professional success — but not at the expense of their personal investments.

Need advice? Read previous installments of Dear Businesslady right here on The Billfold or email dearbusinesslady@gmail.com. Keep in touch via Twitter, Facebook, her TinyLetter, or her website.

1. We Did Good, Billfold
2. Question Wednesday
3. What I Learned From Five Years of Writing and Editing for The Billfold
4. How a Program Assistant Dealing With a New Paycheck System Does Money
5. Classic Billfold: What I Wanted From My Move to Portland and What I Got
adviceboundariesdear-businessladydifficult-conversationsemotional-laborsaying-no