The Billfold
Do What You Love 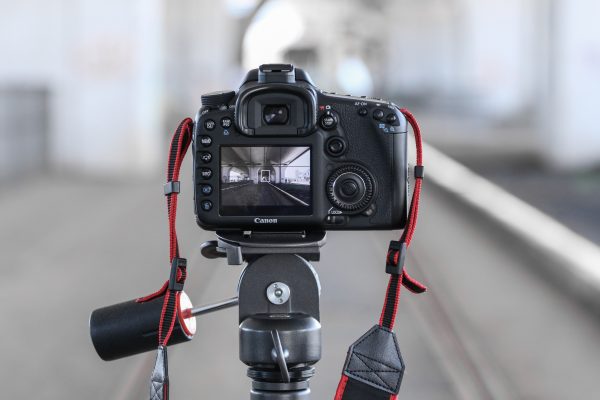 Photo by Alexandru STAVRICĂ on Unsplash.

If you’re a creative person, you’ve probably heard it a billion times: “I bet someone would pay you for that!” Sell your stuffed Cthulhus on Etsy and — as popular opinion would have it — instantly you have a stress-free, fun, full-time job. Publish that book you’ve been working on for years and your life will suddenly consist of nothing but devoted groupies, expensive whiskey, and standing in corners at parties looking cool.

The first time I received a check for a photography gig, it really did feel like magic. I’d gotten paid for something I would have done anyway! The money they were offering wasn’t huge, but $50 here and $100 there definitely eases the purse strings when you’re living in Manhattan on an assistant’s salary.

Plus, I was doing what I thought I was supposed to be doing. I’d read a lot of financial advice with headlines like Do What You Love and the Money Will Follow. I was doing something I loved and money (not a lot of it, but nothing to sneeze at) was following. I’d cracked the code, right? If you can make money doing something, it’s often implied, it would be ridiculous not to.

The thing they don’t tell you about Doing What You Love — or, anyway, the thing they didn’t tell me — is that when you do it for work, it can make it feel like… well, work.  Getting paid for photography profoundly changed my relationship with photography. It took me a long time to admit it.

Changing your relationship with something isn’t all bad. I work with books in my day job, and it’s changed the way I see books but it hasn’t changed the fact that I love books. I have friends who’ve become part-time or full-time freelance photographers who can’t imagine doing anything else. Maybe each of us has some hobbies we’d happily do for money, and others we can’t treat like “work” without spoiling the fun. Photography turned out to be one of the latter.

I got my first checks by being incredibly lucky. I’ve never formally studied photography, but over the years I reached a level you could call “skilled amateur.” Friends asked me to take pictures for them as a favor —  including a friend who moonlighted as a tech for an amateur theater company.

She shared the photos I’d taken with the actors, who started recommending me to others they knew in the theater community. Actors started hiring me for headshots; directors and producers for promotional or press photos.

Why not, I asked myself, keep building my photography income until it made up a significant part of my earnings? It seemed like a perfect plan: do something I enjoyed doing anyway, and let the money pile up until it became a full-time job. Little did I know that I’d come to dread turning my camera on.

The turning point came a few years later, with this gig that was my highest-paying job so far: an actor had connected me with the producer of the play she was going to star in, the first project I’d worked on that could accurately be deemed merely “off-Broadway” rather than off-off. I Google-stalked the producer and learned that he was the ex-husband of an actor I (and probably you) had seen in a dozen or more films. I hesitated. I wasn’t sure I had the skills for what they wanted. But they’d seen my other photos and still wanted me, right? There was no reason to turn it down, right?

Nothing positively disastrous happened during the gig, but after the check for the first shoot, I never heard from them again. They’d made allusions to the uncertainty of the funding, so it may have just fallen through. Or they may not have been pleased with my work. I fretted over it until the next offer came in, and then I mentally shrugged and moved on.

But I slowly realized that the novelty had worn off. I stopped wanting to say yes to offers, but I didn’t stop saying yes. I needed money, I had this talent that allowed me to make money, so how dare I turn it down? Other people would kill for this opportunity.

I continued down this path for a few more months: wanting desperately to turn down every photography gig I was offered, but saying yes anyway. I resented the time (and sleep) I was giving up; I resented carrying around my heavy camera bag; I resented the effort I spent chasing down payment. The money that did arrive no longer felt magical.

One day, someone offered me a job that I didn’t really want to do. I knew I was going to be busy with other things and I really wanted to spend that evening relaxing at home. So I said “No, thanks.”

I felt oddly guilty, but I also marveled at my newfound freedom. I didn’t get the boost in my monthly budget, but when the weekend came around, I got to spend that time doing whatever I felt like. I savored it. I realized that I could do this every time: no one was forcing me to take on gigs I didn’t want. No one but myself and my own misguided sense of what I was supposed to do.

I told myself from then on, I only had to say yes to jobs I really wanted — which meant, at first, saying “no” 95 percent of the time. My camera went into a drawer for a while. I took a lot more pictures with my phone, without worrying too much about how they looked, and posted them on Instagram to share with friends and family. I relaxed, and realized exactly how much I’d been stressing about every single gig.

I’ve finally reached the point where photography is fun for me again. I also occasionally do paid gigs, when it’s for someone I know or when I think it’ll be fun. (Not very often — offers don’t fall from the sky, especially when you’re not actively marketing yourself — but I do get the occasional query.) Balance is restored.

Alexis (whom you might remember from a previous Doing Money interview — and no, that’s not her real name) lives in New York, where she works in publishing and collects more hobbies than she has time for. Someday, she’ll find a side hustle that actually works for her (maybe).

1. We Did Good, Billfold
2. Question Wednesday
3. What I Learned From Five Years of Writing and Editing for The Billfold
4. How a Program Assistant Dealing With a New Paycheck System Does Money
5. Classic Billfold: What I Wanted From My Move to Portland and What I Got
career change seriescareer-changecareersdo what you loveside hustles