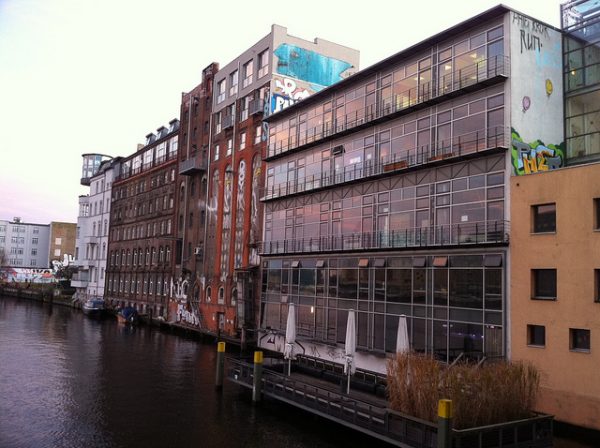 In 2009, when I was 23, I left the country. A little pile of money I’d saved took me first to New Zealand, where I raised sheep, and then onto Germany, where I worked as an au pair and eventually a grad student. I’m still here. Life is pretty mundane now, as a Wahlberliner with a job in tech — mundane enough that I’d like to tear it all down and make a big change. I think. I’m not sure. It turns out there’s a lot more to reckon with at 32 than there was at 23 when considering a halfway-across-the-world kind of move.

Life in Berlin isn’t perfect, but I’m struggling with the idea of leaving behind all of the good things about this place. I’ve made peace with the tradeoffs: I’ll always be a foreigner here, but I have more vacation days than an Old Testament God. Living from visa to visa gave me ulcers, but my permanent residency permit was approved last week; I can stay in the European Union until I die. Generous maternity leave and subsidized daycare make the idea of starting a family possible; not having to worry about the cost of education or medical debt has been a revelation. At the same time, the tide of right-wing populism/violence is paralyzing, the tech bubble here will eventually burst, and I’ve been gentrified out of my last two apartments. I like living in a city where making art is encouraged and, as a gay person, my right to exist is affirmed. However, Berlin’s salaries are low, and my pension plan is questionable. As the Germans like to say, it’s not like we’re in Sweden.

In all of this calculus, I think come out way ahead of any life I ever imagined for myself back home in the States.

Still, I’m thinking about leaving Europe. A few years ago I started a hobby — stand-up comedy — which has snowballed into a Thing. When I’m not at my day job, I’m holding a microphone in a basement somewhere. Or I’m writing, or watching old sets, or commiserating with other comics over long, long brunches. I’m producing and hosting, and telling jokes every night. I’m not great, but I love stand-up, and I want more. I want to be in a city with a high concentration of comics who have been doing comedy for much longer than I have, where I can watch, learn, and get better. I want to try stand-up in front of audiences full of Americans.

So I might give up my hard-fought permanent residency in my adopted socialist Shangri-La and head back to the United States. I might. I’m not sure what I’ll do.

I’ll lose my European permanent residency status if I leave for longer than a year. That’s the top layer of my moving anxiety. Below that, I’m paused by the fact that introducing more chaos into my life is off-script. I’m almost 32. I’m definitely supposed to stay where I’ve put down roots, enjoy what I have, and try to start thinking about how to make myself little gay babies and get promoted to management.

I don’t really know what to do. My gut said go, so I started making plans to move — I didn’t renew the lease on my last apartment, I was non-committal about my work future at my recent company review, I sold a bunch of my possessions (goodbye, books!) — and then I got cold feet. And now I’m stuck.

I’m also not sure where I would move to. New York is a contender; I’m originally from that area and my extended family still lives in the suburbs. My company has two satellite offices in the U.S., and one of them is in New York. I can’t really see myself living there, though.

I traveled to Los Angeles last October for the first time and, to my own surprise, loved it. It was different enough from where I grew up to feel like an adventure. It was sunny; the food was great. And I missed driving! But mostly I just liked how I felt, walking around alone, taking in the colors and the sights and the people. Just the same burble of rightness that bubbled up unexpectedly in 2010 when I first landed in Berlin. It’s the only city in America I’d feel excited about moving to, though I guess I’m also thinking about Austin, Texas. Technically I could go anywhere. I could move to Paris. Or Jacksonville, Florida. The options are an endless mass of potential lives, none of which I am living.

What’s holding me back (besides my residency status, job security, benefits, age crisis and inertia) is that LA seems like a great place to live if I wanted to watch comedy every night — which I was delighted to do while I visited — but that I lack the chops and network to get much stage time and develop. I don’t know. I don’t know how to get around that or what the answer is.

Staring down my gut feelings and trying to figure out how they translate into actual dollars (and contracts, and logistics, and plans…) is where I’m at right now. I’ve saved enough from living frugally in one of Europe’s cheapest cities to make a big move possible. Figuring out this next move is my one resolution for 2018. I’m grateful and privileged to have the option to make some bold choices, wherever I end up.

MJ is a writer, worrier, and stand-up comic in Berlin, Germany. Send her your favorite knock-knock at marneasada@gmail.com.

1. We Did Good, Billfold
2. Question Wednesday
3. What I Learned From Five Years of Writing and Editing for The Billfold
4. How a Program Assistant Dealing With a New Paycheck System Does Money
5. Classic Billfold: What I Wanted From My Move to Portland and What I Got
germanyliving-abroadmovingmoving seriespermanent residency