How a Lawyer at a Non-Profit in Toronto Does Money 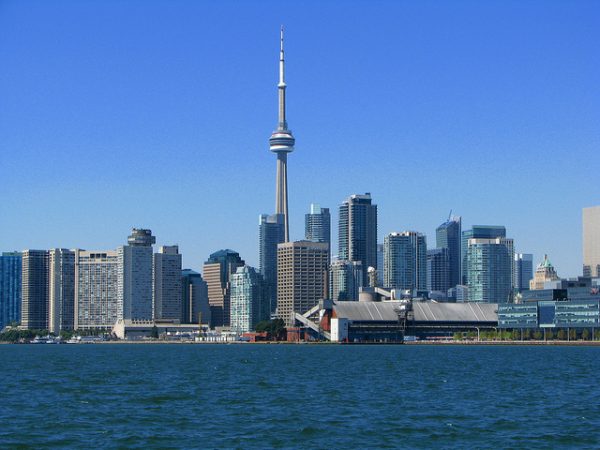 Em (not her real name) is a 33-year-old lawyer working at a non-profit in Toronto.

So, Em, how much are you making?

My annual pre-tax is about $73,000/year right now. It’s pretty recent for me to be making that kind of money. I made around $50K for a few years after law school. With Canadian taxes, my take-home is just under $50K post-tax.

How far does $50K go in Toronto? I’ve heard it’s one of the most expensive cities in Canada (but not as bad as Vancouver).

It is! I have a freakishly good deal on rent, which means I pay $1,000 for a one-bedroom near a subway in the East End. My apartment should be about $1,500 if it were market priced.

$50K is a comfy amount if you have no kids (like me) and also no major ongoing liabilities like debt. Unfortunately I have a lot of student debt from law school that takes a big chunk of my income. I’m not suffering, for sure, but I still have all my hand-me-down furniture from college. Making ends meet isn’t hard, but making improvements kind of is.

I get that feeling. What kind of improvements would you like to make?

Most of it is lifestyle — my living space is still very “college,” I don’t get to travel much, etc. I’m probably 10–15 years away from even beginning to save for a downpayment on a small apartment. (In Toronto, that downpayment would probably need to be about $60K in cash.)

How much do you have to pay down in loans before you can start saving up that $60K?

Well I graduated in 2012 with about $90K in student loans. I know that’s depressingly average for the U.S., but in Canada that’s uncommonly high. My loans are down to $38K now.

The debt used to weigh on me so heavily. I felt so miserable and “stuck” because of it. It took me years to figure out how to feel okay and enjoy the occasional indulgence while that debt still existed. I was paying $300–$400/month just in interest at the beginning! Now it’s about $130.

$130 in interest plus the payment you’re making on your principal?

Yep. My loan is in a credit line now with a lower interest rate so I don’t have fixed payments on the principal, but I put $300 from each paycheck into it. I get paid every two weeks, so I guess that’s something like $750–$800 per month.

That is impressive! And you’ve paid off more than half your loans in just under six years.

Yes! Honestly, this is one of those money stories that is more about your own emotions than anything else. I didn’t enjoy law school or my early experiences being a lawyer, so I just viscerally hated the idea that I owed so much money for it. I put a lot of work into trying to pay it down quickly. I was unemployed for a year after getting called to the bar, and my first job after that didn’t pay great, so back then it was a real slog. These days it feels automatic. Habits FTW!

THEY ARE THE KEY.

Have you set other financial habits for yourself?

Ohhhhhh god yes. This is how I got sane about money (and I use that term deliberately, with all the mental health-related baggage).

So a bunch of years ago I participated in the Barter Babes Project, which was started by Shannon Simmons in Toronto. She quit a job in financial planning to spend a year trading financial counseling to young women via barter system, which made it affordable and accessible. (She runs the New School of Finance now, which is equally dope.) So I saw her and she helped me figure out how to set up a system that I could live with.

I have two main accounts: my expenses account and my spending account. Immediately when I get paid, I transfer over all the money I need for my “burn rate” into the expenses account, so no matter what, I know there’s enough money there for rent, groceries, utilities, etc. Then $200 goes to my RRSP, which is like a 401(k); $100 goes to an all-purpose tax-free savings account; $300 goes to my debt, and $200 goes to short-term savings. The rest sits in my spending account to be used for whatever.

The idea is that I can spend my spending money on whatever, and even if I blow it in the three days after I get paid, I know I’m okay because there’s money in Expenses to cover all my real Needs.

That is a very YNAB-esque solution! Although I’ve seen other people do it even when they don’t use YNAB, so it clearly works.

Yeah! For me this is the best balance of flexibility and structure. I think the budget-every-dollar approach of YNAB would feel a bit stifling, for me — I like knowing what my core expenses cost, but I also like having spending money that I don’t have to plan for, answer for, or feel bad or nervous about.

Being able to treat myself to something nice on impulse, treat a friend to drinks, or dump a bunch of money into a charity when I get anxious about what’s happening in the world is such an incredible privilege. I absolutely treasure it.

Do you ever run out of your spending money and have to dip into your burn rate money for some reason (like a friend visiting from out of town, or a family thing)?

I run out of spending money sometimes, yes. I have a $2,000 “float” that I keep in a savings account that I can dip into for exactly that reason, so I don’t have to touch my expense account. Then I just replenish over the coming weeks. I also have a $15K emergency fund that I could touch in a true emergency, like a family health issue that required travel.

Wow, I am once again impressed!

Honestly, this part is so much thanks to the Billfold. My emerg fund is actually labelled “Fuck Off Fund.” I probably never would have prioritized it without you guys!

So tell me about why you chose a $15K emergency fund instead of putting that money (or even half of that money) towards student loans.

Ha, I still go back and forth about this regularly. My interest rate on my debt is pretty low (I think it’s prime +1.5 percent). My RRSP, TFSA, and emerg fund are with Wealthsimple, and for a while even my conservative accounts were making like 6–8 percent. So it kind of made sense. But mostly I was just sick of feeling like I was just trying to neutralize a negative in my life, instead of building something for me.

I used to put 100 percent into debt, but now it’s more balanced between retirement, short-term savings, and debt payments. It feels better, which makes it more sustainable, regardless of what is mathematically the most efficient.

It’s totally a Value of Debt in Building Wealth move, too.

YES. A lot of what you wrote about re: Value of Debt spoke to me. Also, if interest rates suddenly spike, I can always dump my emergency fund into my debt. It’s not “gone,” you know? More options.

Your habits and financial choices seem really strong, and I like how you’re framing your decisions as “which one gives you more options.” Is there anything you wish you did better financially? Any option you wish you hadn’t inadvertently closed off?

Man, I love options. They’re good for people who struggle with uncertainty.

I wish I saved better during the short period where I had a higher-paying lawyer job. At that point I had just finished school and assumed I would be making good money forever, so I wasn’t careful.

I kind of wish I had stuck it out for a few years as a lawyer in private practice, which would pay about double what I make now, so I could have knocked out my debt and got a financial toehold, before turning towards public interest jobs. It made me really unhappy but it would have been a good strategy, by the numbers.

Fair point. But you might not have had the same opportunities you have right now, it might have been harder to transition, etc…. who knows?

For sure. Lots of people get “stuck” in more lucrative jobs. I’ve seen that for sure. And I’ve built a cool little career in the non-profit I work for, so I don’t feel too bad about it.

And happiness is important. It’s easier to keep your habits if you’re happy!

You’re so right about maintaining habits if you’re content. When you’re miserable it’s so easy to fall into the trap of constantly saying “I deserve X,” or “I need X to make me feel better.” That’s budget poison.

Last question, then: you seem to have gotten a lot of good advice from The Billfold. ❤

Don’t let the perfect be the enemy of the good. The best plan is the one you can actually stick to. And: don’t forget that the system itself desperately needs overhaul. It’s not your fault that it’s hard!

I agree. That’s kind of why The Billfold exists.

1. We Did Good, Billfold
2. Question Wednesday
3. What I Learned From Five Years of Writing and Editing for The Billfold
4. How a Program Assistant Dealing With a New Paycheck System Does Money
5. Classic Billfold: What I Wanted From My Move to Portland and What I Got
doing-moneyinterviewstoronto