Paying Myself to Run: Did It Work? 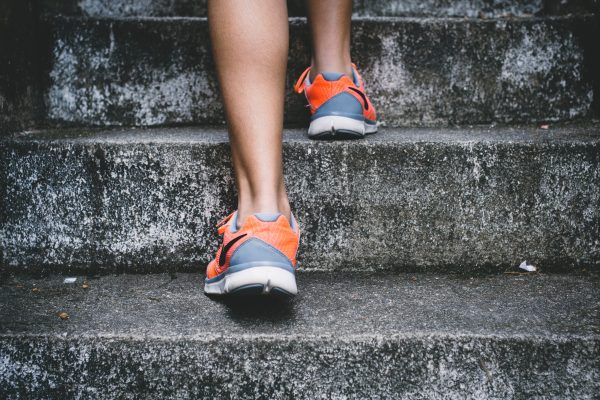 Photo by Bruno Nascimento on Unsplash

At the beginning of last year, I set a goal of running 500 miles during 2017. As I explained on The Billfold, I set a series of financial rewards for each 100 miles that I stayed on track as a way to motivate myself through the year. As of December 31, 2017, I’d logged 698.2 miles — 139.6 percent of my goal! Now, at the beginning of 2018, I’m examining which of these running rewards worked and which flopped.

My first reward, for running 100 miles by the end of February, was a two-year subscription to Runner’s World magazine. Even though this was my cheapest reward at just $25, it was by far my most effective. I really wanted that magazine. When I realized I was nearing my goal ahead of schedule, I started adding an extra mile to each run to get there sooner. This had the added benefit of conditioning my body for more miles, which set a new base for the rest of the year. As soon as I ran my 100th mile on February 19, I plopped down on the couch and subscribed. Getting the magazine each month has been a huge source of inspiration and motivation, and has made me identify as a runner. As odd as it sounds, I feel somehow beholden to my magazine subscription — what kind of a weirdo subscribes to a running magazine without running regularly? So for $25, I bought myself a heightened endurance level and a running identity. Not bad.

My second reward, for running 200 miles by the end of May, was a $150 running weekend trip to the California coast. Surprisingly, this was a total bust. I discovered that running is something I love incorporating into my routine, but not something I’m inspired to plan vacations around. I also discovered that I don’t really like planning weekend trips at all. At this point, I was already in a great running routine and was feeling motivated enough without my rewards, so planning a running-based trip felt difficult, unnecessary and distracting. I felt like I had to honor this reward somehow, so I ended up cramming more running than I normally would have into a mountain biking vacation at the end of spring. Some of those runs were great, but too much running that week left me tired.

My third reward, for running 300 miles by the end of August, was $100 worth of new running clothes. This reward was a mixed bag. I reached the 300-mile-mark way before the August deadline and didn’t find the idea of new clothes very motivating, but the reward did give me permission to buy some things I needed, which is critical for spending-averse people like me. While I don’t think these clothes made it any easier to reach 500 miles in 2017, they have made my overall running life better, so I’ll count that as a success.

By early fall, I was already nearing my overall goal, so I saved my 400-mile reward for the full 500 miles: a GPS running watch. Like the clothes, this reward didn’t help me make my goal, since I reached 500 miles almost three months early on October 6. But the watch has since become a great source of joy in my running life. Not having to lug my phone along to track every run and being able to see my time and pace at a glance has already made me a faster and stronger runner.

By the end of the year, I’d crushed my 2017 running goal, so I was happy to use my final reward to set my running goal for 2018. At the beginning of the year, I thought that this reward would be a half-marathon entry in the city of my choice. But thanks to the extra miles I’d run (aided by my early-year push to earn my Runner’s World subscription), I decided to upgrade to a full marathon. I’m aiming for the San Francisco Marathon on July 29, 2018. The entry fee is $176, which I would never have been able to justify had I not just spent a year proving to myself that I’m committed enough to this sport to train successfully and make the most of the race.

Working toward my running goal in 2017 taught me a lot. I learned that motivation doesn’t have to be expensive — the thing that cemented my running resolve and boosted my endurance more than anything else last year was a magazine subscription that cost less than a dinner out. I learned that rewards aren’t rewarding if they’re a pain to execute. I learned that I can feel good about spending money on myself when I know I’ve earned it, and that can set me up for bigger goals down the road. More than anything else, I learned that I really like running. Everything from tracking my numbers to the physical benefits to the mental boost I get from hitting the trails with my dog makes this the sport for me. Armed with a sweet watch, 12 upcoming issues of Runner’s World, and a marathon registration, I’m looking forward to many more miles and milestones in the year ahead.

Joanna Trieger is a writer and copy editor living in Reno, Nevada. She’s writing about running in 2018 at jorunsreno.wordpress.com.

1. We Did Good, Billfold
2. Question Wednesday
3. What I Learned From Five Years of Writing and Editing for The Billfold
4. How a Program Assistant Dealing With a New Paycheck System Does Money
5. Classic Billfold: What I Wanted From My Move to Portland and What I Got
goalsmotivationrunning