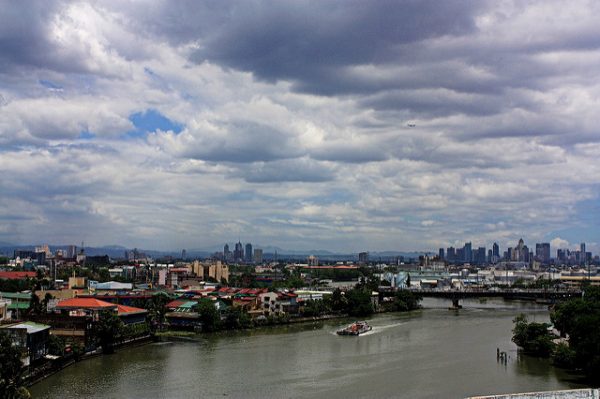 I want to go to Manila next year. This is a thought that’s been upstream in my mind since early this year and somehow, I’m still trying to make the numbers work.

To be clear, money isn’t exactly an issue, but it’s still not not an issue. Off-season economy tickets to Manila are a little over $500, and premium economy was $1,300 last time I checked Expedia. I’ll be staying in hotels and maybe resorts during my time back in the motherland, and a three-star hotel in the off-season is about $60 a night; a five-star, less than a $100 a night on Expedia.

Yes, I plan on visiting family but not staying with them. My brother and his wife can put me up, but not both me and my boyfriend, Lukas, because their lodging is sparse. My parents own an expansive house, but… well, for the first time in 40-something years of marriage, my parents are living together full-time as retired people—and this is not a good thing. My parents’ relationship can be summed up as such: the combat scene between Diana and Ares in Wonder Woman. Old age and menopause has done absolutely nothing to tamper their infamous volcanic relationship; in fact, all that free time and the reality of a restricted income have inflamed dormant scabs. I’m afraid to come home and see how my parents are really doing. My sister-in-law is my informant and she’s bubbling over with gossip from my parents’ terrible marriage.

Also, this trip is sort of a welcoming committee to Lukas. He’s been to Thailand when he was younger and he’s always been drawn to Asian cultures in general, but I’m trying to convince him that Metro Manila is a great place to retire. I was doing the numbers at work, because I had one of those workdays today that made me almost cry that I’m not anywhere near retirement. If we retired today in Manila with my current IRA, 401(k), our union pensions, Social Security payments, and rental income we’re receiving from Lukas’ rentals, we’re gonna have ourselves the kind of retirement where we can go on cruises and he can play golf. To be honest, I’d love to retire in Washington State but with the stratospheric rise of housing and living costs around here I’m sure that would never happen. I hope that Philippines would have the same effect on Lukas that Vietnam had on Anthony Bourdain.

The Philippines is a country of 7,107 islands. This year, with hurricanes devastating swaths of the world, I keep thinking about how a typhoon could wipe out towns, cities, islands in the Philippines and then what? I stay away for 11 years and I come back to see a country ravaged by the elements? I want to return before climate change torpedoes the country, or maybe even before political mayhem scares me and Lukas away forever.

My savings is $2,000 away from my $10,000 goal. I could do it, truly, it’s not much of an effort on my part but this looming trip is quickly becoming an albatross instead of a holiday. As recently as my late 20s I took vacations with paid time off from work and my credit card. I never ran into debt funding my vacations for my former long-distance relationship, but I also never built significant savings. I maybe had a $300–$500 buffer in my bank account in between paychecks at that time. I thought I was “doing well,” but now that I have almost $10,000 in my bank account it makes me laugh about how smug I was with my savings and arsenal of personal finance “knowledge.” Completely ignorant that blown tires, a flooded apartment (I also didn’t have renters insurance because I was too busy steeping in my youth and pathetic love affairs, to find out about these things), job loss, or just life happening like it always does would have toppled my kingdom of self-righteousness.

Lukas said he’s planning on spending $2,000 over the two-week trip, plus airfare and hotel bills. I didn’t say I was planning on $5,000 because as a native daughter, I have a certain guilt and ill-placed sense of responsibility for everyone who never “made it out.” Last two times I visited, I just paid for everybody. All my friends were college kids at that time and nobody had any money to spend. Everyone have jobs now but the sense that people like me, who made it to the United States of America, should “give back” to their communities, family, and friends doesn’t fade. How much am I expected to give? Shouldn’t I be the one being feted, like Odysseus returning? I don’t know if anyone ever vacations in their homeland without an equal sense of doom and effervescence, but the last two times I visited I came back lonelier than before.

It’s just money and it’s just a trip. I keep reminding myself that it’s a holiday, and these are small, good things in times like these.

1. We Did Good, Billfold
2. Question Wednesday
3. What I Learned From Five Years of Writing and Editing for The Billfold
4. How a Program Assistant Dealing With a New Paycheck System Does Money
5. Classic Billfold: What I Wanted From My Move to Portland and What I Got
going-homemanilaour uncertain yeartravel