How the Star Wars Universe Does Money 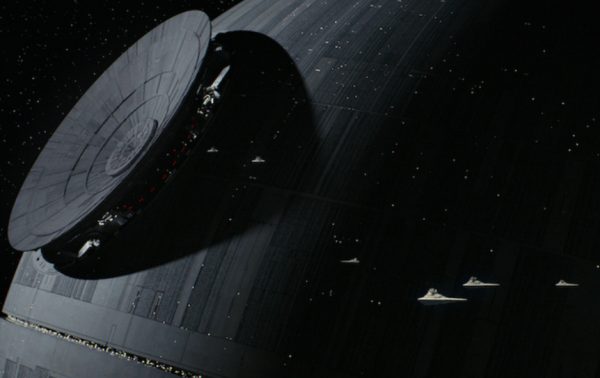 Who else already has their tickets to Star Wars: The Last Jedi? (I’m going Saturday at 10:30 a.m.) You might be amused by this Bloomberg essay about how the Star Wars universe’s economy does and doesn’t work:

To begin with, the economy of the Star Wars universe seems to rest on relatively free intergalactic trade, although the would-be gains are reduced due to the significant power of guilds and monopolies. Despite the ubiquity of technology, it’s evident that many people and some entire planets are poor. No wonder, with the rebellion somehow never running short of fighters or transports and the Empire using every spare penny to pay for its technological terror.

I will say that the least interesting part of nearly every Star Wars film—at least for me—is the 20 minutes at the end where all the spaceships shoot at each other. (Battle sequences rarely have any real stakes; you have to watch a bunch of destruction and wait for one of the main characters to realize that the battle isn’t progressing and make a different choice.) Bloomberg’s Stephen L. Carter agrees that this type of star warfare doesn’t make economic sense, and yet they keep building new ships, so… draw whatever conclusion you like from that particular metaphor.

Also, the Star Wars universe has slavery and everyone is okay with that.

Read the whole thing. (I am very interested to hear your thoughts on this.)

1. We Did Good, Billfold
2. Question Wednesday
3. What I Learned From Five Years of Writing and Editing for The Billfold
4. How a Program Assistant Dealing With a New Paycheck System Does Money
5. Classic Billfold: What I Wanted From My Move to Portland and What I Got
actually rogue one did its end battle really well because it mixed in big character decisions with loud space fighting noiseseconomicsstar-wars