How a Freelancer Who Invested in Bitcoin Does Money 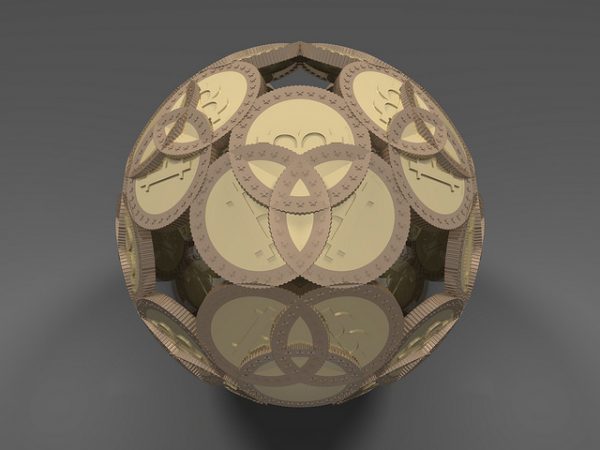 Opal (not her real name) is a Millennial freelancer in New York.

So, Opal, tell us about your adventures with Bitcoin.

Well! earlier this summer I bought some… magic beans?

I had been reading about Bitcoin for years and articles felt like they’d changed in tone a little. So it was like, “If XYZ happens, they could really explode in the fall.”

So I bought a few and so far they’ve exploded!

How many Bitcoin did you buy, and what did they cost?

(I know it’s hard to gauge over text, but I’m definitely in no way bragging here. I’m just in pure awe.)

No, I get it! Me too! I am boggled by the increase and, honestly, by the “I had $50K to experiment with Bitcoin” factor.

My goal—and really as far as I ever thought ahead—was $100,000. It seemed insane and unattainable, and I like those kind of goals. So in addition to working full time I babysat as much as possible on nights and weekends, so I could add that to the attempted $400 a week I’d need to hit that goal. There were days I babysat starting at 6 a.m., went to work and then would babysit another family until 2 a.m.

Wow. I’m just as impressed as I am about Bitcoin’s growth. More, really, because Bitcoin… well, can you explain what’s happening with the recent growth? Is it automatic? Is it forced? What’s going on?

I can try! As much as I try to understand, it seems to really tap into human psychology too.

So I think a lot of the growth comes from increased coverage of it in the media. For Uncle Mike and Aunt Cathy, it seems like less something your nerdy nephew does in the basement to buy weed. So now, as it goes a little more mainstream, what they call institutional money is coming in more. Bigger investors and the futures markets.

Which is good and bad. These people and funds with massive amounts of dollars behind them can be a signal to nervous investors that there’s confidence in the market, but it wouldn’t take much for them to manipulate the price up or down.

Do the same kinds of rules apply to Bitcoin that apply to stocks? No insider trading, etc.? Or is it pretty much anything goes?

I’m sure there are rules I’m not privy to, but overall it seems like the Wild West. Which is another concern. As it goes more mainstream, will the government step in to regulate it?

For people who aren’t just investing, the big draw is the blockchain (the technology that powers it) and the fact that it’s a borderless person-to-person currency.

The latter is an attractive idea.

The blockchain… I’m sort of torn. I read that article about how one Bitcoin transaction uses as much energy as nine houses! And how if Bitcoin continues to grow, it will take ALL THE ENERGY IN THE WORLD!

Hahaha. I know. I was doing so well with my carbon footprint before all this. Sorry ’bout your luck, polar bears.

Are you referencing the whole “the arctic will never be frozen over again” news because… yeah, scary.

I actually made some environmental donations recently to try to correct the harm I’m doing. And! I read they’re starting to use solar power to mine, so that’s a baby step.

So let me ask the obvious question. Why not reduce the energy requirement? I understand vaguely that Bitcoin get progressively harder to mine, but… there’s got to be some way to reset this. Or is it too late?

Oh gosh. I wish I could help with that. I bought my coins on an exchange so I’m afraid I just can’t speak knowledgeably about it.

I would guess it’s because a lot of the mining is set up already on these massively expensive systems so it would be a while before changing the system paid off.

That makes sense. Sunk costs and all.

Speaking of which: do you have a point at which you are going to sell your Bitcoin? Or if the value starts dropping, will you hang in there to see if it starts rising again?

Hooooooboy. that is the question I’m not exaggerating when I say I think about that hourly.

I guess it’s all well and good to think you have a plan, but when it plummets, it’s another thing altogether. So, the best I can say now is: I think I’ll hang on to them as long as possible if the price plunges, unless it’s based on news that would fundamentally change something about it.

Do you have to sell your Bitcoin TO another individual? Or is it like selling a stock?

So far, I’ve just gone through Coinbase, which is pretty user friendly, but they have fees. If you wanted to sell the easy way, you can just toss them back there like you’d do a stock. I’m also going to try to hold for at least a year because capital gains taxes are NO JOKE.

Oh I bet. I wonder how Bitcoin will be affected by the new tax bill. The courts have ruled that it doesn’t count as money, but it also has value.

I bet it isn’t mentioned in the tax bill at all. Not in any of the 505 pages.

I won’t lie to you and say I’ve read the tax bill (nor did anyone who voted for it, thank you very much), but I haven’t heard anything about Bitcoin in it.

I just searched the PDF. No mention of Bitcoin or “crypto.” (Just in case they wanted to include Ethereum and the rest of them.)

I think I should diversify, but the price of Ethereum and Litecoin and others seems tied to Bitcoin.

But Ethereum has cats!

I mean, what more could we want!

So what advice do you have for someone who wants to get started with Bitcoin? Wait until the price drops?

My advice is: be prepared to be nervous all the time, unless you’re way more zen than me. I’d never be the right person for someone to say, “Here, hold this Picasso.”

And also, if it goes up, there’s not a way to casually chat about it with your friends.

I mean, it’s often hard to discuss any kind of financial win with your friends, especially if they don’t have options for similar wins.

Right. Exactly. I’m used to being so poor. I grew up in a house where there wasn’t always food and sometimes the lights got shut off. I couldn’t talk about that with my friends.

Maybe money talk only works when you have even footing. Nobody likes a complainer or a bragger.

YES! You guys have been so great over the years for that. It’s such a hidden thing with people. I honestly always wondered what was “normal.”

There is no normal. It’s just all of us trying to make the best choices we can. Often with limited information.

Let me ask one more question, then: if someone wanted to learn more about Bitcoin, what are some good resources?

Well! Definitely not me. This is a case of “do as I say not as I do.” Index funds all the way, baby!

I like to just really read the news of the day, just as a cross section of opinions. But here’s the thing… nobody—absolutely nobody—knows what’s what. It’s a bubble! It could change finances forever!

Like I mentioned before, so much crowd psychology goes into it. When the futures markets were about to launch, it was zooming up and up. And then they debuted and it crashed by a few thousand.

I do also read Reddit’s r/Bitcoin, which keeps up with interesting news of the day too. They’re really, really bullish on it though, so it’s good to read it with a critical mind.

Also, I learned it usually goes up on the 25th of the month because apparently a lot of people in Korea and Japan get paid that day.

That is a helpful tip!

Anything I can learn like that helps me feel like I’m prepared. Even though nobody is. But if it feels expected, it’s less scary.

One more thing: I know the comments on this article will all be that I’m being irresponsible to put half my savings into Bitcoin. I agree with them! It’s easily the most reckless thing I’ve ever done, and I fully understand I’m risking so much on an unstable venture. Just because it’s paid off so far doesn’t mean there’s any guarantee the bottom won’t fall out tomorrow. So why don’t I pull my money out? I don’t know. It’s not greed. (Not just greed?) I just felt like I’ve always taken the most ultra-responsible path and I just felt like it was a risk I had to take.

1. We Did Good, Billfold
2. Question Wednesday
3. What I Learned From Five Years of Writing and Editing for The Billfold
4. How a Program Assistant Dealing With a New Paycheck System Does Money
5. Classic Billfold: What I Wanted From My Move to Portland and What I Got
bitcoincryptocurrencydoing-moneyinterviewsinvesting