A Tale of Three Birthdays in 10 Years in New York 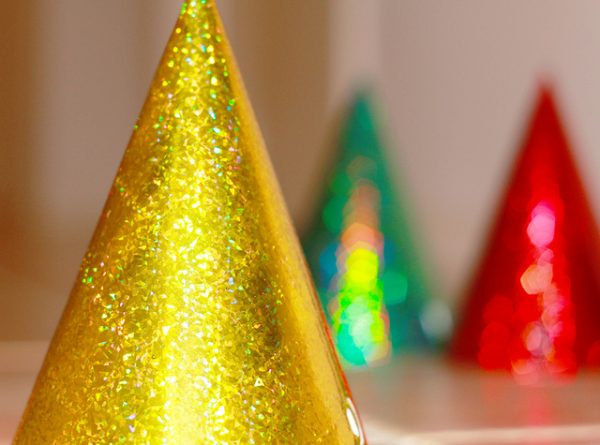 I have never been the kind of person who insists on celebrating my birthday, though a big part of that stems from the fact that my birthday falls on Christmas.

Whenever someone finds out, they often remark how terrible it must be, but I have never minded it. Because my birthday is also a holiday, I grew up knowing I would get to spend it with my family. I also don’t necessarily like a lot of attention—so I appreciate that, while I am often gifted presents, I can also return the favor at the same time. Sure, in school it made it hard to schedule a celebration with friends, but I’ve never felt deprived. It’s all I’ve known.

As I’ve grown older, I’ve felt less of a need to make any efforts to celebrate my birthday. In college, I was moving around quite a bit, so I didn’t have a lot of friends to try to plan something with. Since moving to New York, I have celebrated my birthday only three times in the last 10 years: on my 21st, 25th, and, just recently, my 30th.

For my 21st birthday, I had been living in New York for a year and was finishing my last year-and-a-half of college at NYU. Because I was finally of drinking age, I wanted to do a little something to commemorate the occasion—so I invited a bunch of my NYU friends, my NYU roommates, and a gaggle of people I worked with at Barnes & Noble to join me for dinner at an Asian fusion restaurant near Lincoln Center on the Upper West Side.

We had a long table in the back room of the restaurant, and I was delighted that around 12 people showed up to eat sushi and hang out with me. I had just recently bought a $40 dress at a little boutique in the village that made the perfect party outfit. The restaurant also brought me a piece of cake with a candle on it, which I blew out after the whole back room sang me happy birthday. It was the first time I had been sung that song by people other than my family members in a very long time. People insisted that I not pay for my meal, but I threw in like $30 to help cover when the bill came up short—an unfortunate side effect of trying to split a bill among a large party. I was more than happy to contribute and was just relieved that people showed up.

For my 25th birthday, I had been in New York for five years and felt like that was a reason to celebrate. I was making good money then, between my new job at a consulting office and working part-time at the bookstore, so I decided to share my good fortune. Because I wanted to treat all my hard-working friends, I decided to have my birthday at a bar where I told the bartender to allow my friends to charge their drinks to my tab, up to $500. I knew the holidays were a busy time, so I just wanted my friends to stop in for a drink without having to worry about the added expense.

We had a private bar and room at the top of a restaurant in the theatre district. About 35 of my friends showed, some coming as far as upstate and Baltimore. There was the slight annoyance that one person brought a friend I didn’t know, despite mentioning in the invite that I was doing this whole thing on my own dime, and I did have to close out my tab about an hour before the party dispersed, leaving a few late attendees to buy their own drinks. However, for the most part, I was happy with the result. I was overjoyed to spend time with a huge group of people I loved, and everyone seemed to have a good, boozy time. I tipped the bartender $100, and chalked up the experience to money well spent.

This year on December 25th, I will be turning 30. When I was younger, I pictured myself having some kind of lavish event at some hard-to-book location. Passed hors d’oeuvres. Open bar. Party favors.

Unfortunately, the version of me who is actually turning 30 has some lingering credit card debt from being laid off a few years ago, along with a smaller salary and less disposable income. So I opted to do a party at the apartment I share with my boyfriend in Brooklyn. The past couple of years, we’ve been hosting friends in some capacity or other in celebration of the holidays, so I decided to combine our usual holiday get-together with my birthday. I made banners and paper garlands to hang on the walls. We set up our fake tree and many strings of lights.

We spent about $100 on alcohol, which we bought over Thanksgiving in New Jersey when we went out to visit my boyfriend’s mom. We wanted to have a lot of holiday and general bar offerings, including an apple cinnamon sangria, hot cocoa with whipped cream, eggnog with a host of spiking options, and standards like gin and tonics and whiskey ginger ales.

Groceries to prepare for the party came out to about $75, which covered various mixers, as well as ingredients for cheese dip, chips, and vegetable dumplings, which I made especially for our one vegetarian guest. We also spent an additional $25 on last minute cleaning supplies—including a mop, which we had discussed buying several times during the three years we’ve lived in this apartment, but never actually purchased until now.

My big dream for my birthday was to order a party-sized hero from our favorite Italian store in the shape of a 3 and 0. My boyfriend had graciously offered to pay for this dream to become reality, but after calling to put in a catering order, I was told that the minimum footage per number would be 4 feet each. I tried to justify buying 8 feet of sandwich just so I could display my forthcoming age in giant bread numbers, but I couldn’t do it. I even asked the guy taking my order if 8 feet would be too big for an expected party size of 15, and even he said, after a pause, “Too much.”

Still, I was happy getting two 2-foot heroes, which yielded the perfect amount for our party (and cost half the originally quoted price).

While these three birthday celebrations have had very different price points, the result has always been the same: they’ve have given me the opportunity to spend time in the company of good friends. Whether over drinks at a bar or food in our apartment, I enjoy being able to bring good people together and (hopefully) give them a good time. Throwing a party isn’t easy—besides the monetary expense, there’s the time and effort put into making reservations, sending invites, and cleaning house. But I am grateful to have friends willing to save a spot in their busy winter schedules to hang out with me and my favorite people.

I’m also grateful that these kinds of parties don’t have to happen every year. With next year not being a big birthday, I am also looking forward to skipping the party and maybe just getting a 1-foot sandwich to eat in the comfort of my own home, by myself.

Kimberly Lew is a writer whose articles have appeared on websites like Washington Post, Real Simple, HelloGiggles, and The Toast. www.kimberlylew.com

1. We Did Good, Billfold
2. Question Wednesday
3. What I Learned From Five Years of Writing and Editing for The Billfold
4. How a Program Assistant Dealing With a New Paycheck System Does Money
5. Classic Billfold: What I Wanted From My Move to Portland and What I Got
birthdaysholidaysholidays and money