The Economics of Don’t Starve Together 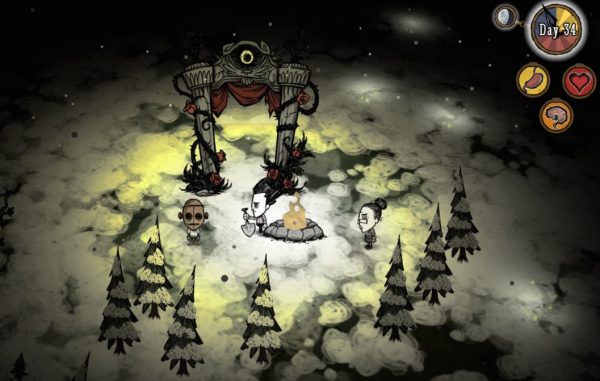 Imagine if Tim Burton made Minecraft… though I don’t think it would be quite this bleak.

In Don’t Starve Together, players must work together to survive in a charmingly dreary open world.

While the concept itself is simple—keep yourself and your friends alive—the learning curve is quite steep and most new players won’t be able to survive for very long.

The basic mechanics involve players crafting survival items while foraging and hunting for food. However, just like in life, there is no tutorial. You learn by doing and (likely) failing a few (or many) times.

What I wish I had known before playing this game (other than to not eat any of the insta-death mushrooms) was just how much it would remind me of the struggles of surviving in daily life.

Though I don’t need to craft traps to catch my dinner, figuring out how to budget and feed myself while keeping the bills paid is something I have had to learn through trial and error.

Thankfully, the real life errors tend tend to lead to my coming up with increasingly creative ways to eat potatoes for a few days—rather than trying to con birds and bunnies into traps as I did in-game. 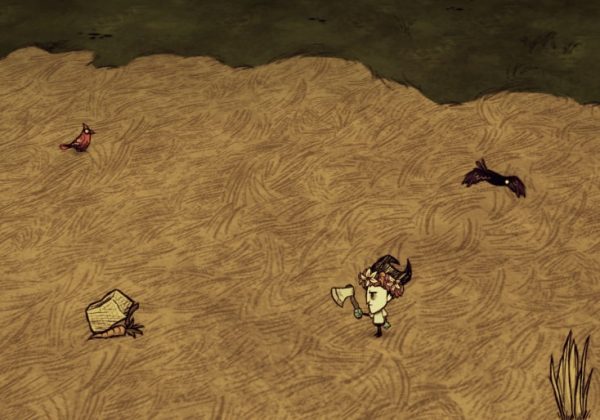 It’s not as simple as keeping your character fed, though.

One of the first concerns is surviving the night. Bad things happen at night.

Ideally, you and your friends can work together to find materials needed to build a campfire before nightfall. If you wander off alone, you may find yourself scrambling to make a torch just to make it through until morning. 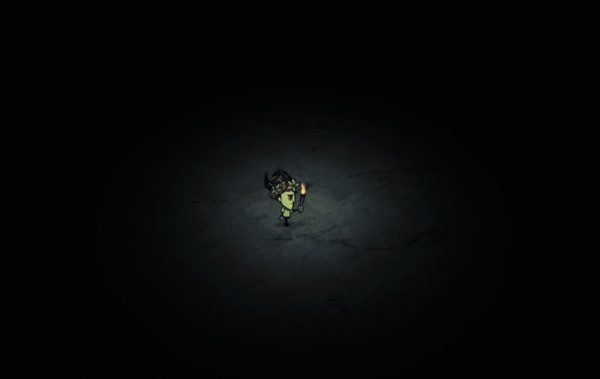 My first few times playing, I found myself forgetting that I needed to plan ahead and have a light source or suffer a terrible death. I also had a pretty bad habit of trying to go it alone, even though “Together” is in the title.

Your physical health can take a dip if you spend too much time foraging for food or supplies. All of that exertion uses energy, and many of the creatures crawling around do, in fact, bite.

And just like in real life, you have to prioritize your mental health.

But the difficulty of Don’t Starve Together is similar to the struggle many of us have: keeping a balance.

Once you’ve figured out how to build a cozy campfire and tent, you might see your character complaining about their hunger. Start hunting for food, and you realize you forgot to keep your mental health up. It’s a constant juggling act to keep all of your stats normal.

There are a lot of helpful items you can craft for various purposes to keep your character alive and well. For example, a flower garland can help calm your nerves. 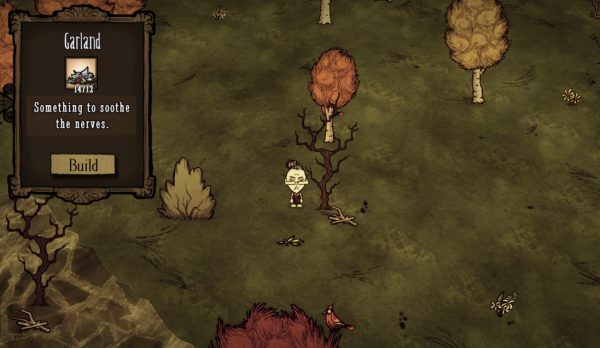 Still, it can be really tricky to keep everything in the green. More than a few times I found myself scrambling for food in-game—a feeling that was not unlike the desperate dash to make rent money as a college student on the 29th day of the month. I’ve felt that type of panic before.

Well, at least the killer pigs were new. 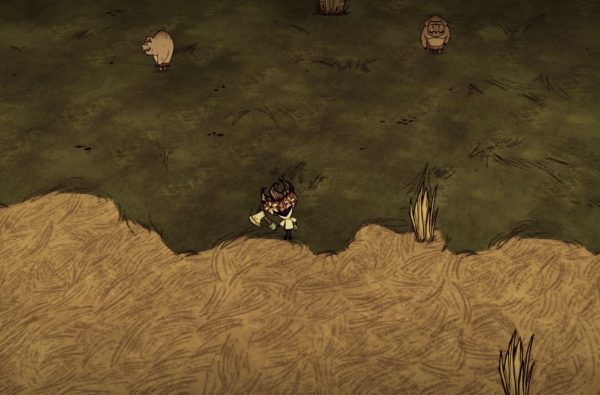 Just turn around and walk away.

For newbies, this game is a lovely simulation of paycheck-to-paycheck living. You know you need to build up an emergency fund rather than shaking down empty berry bushes once your stomach meter starts blinking, but it’s still hard to actually do it. 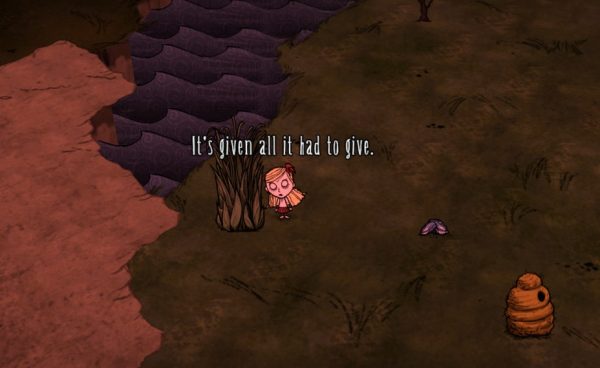 We all have different strengths and weaknesses. It’s just a part of being human. When you select your character, you get the luxury of knowing these quirks up front.

For example, some characters are stronger against random creatures that might attack, while others might have nerves of steel. With this in mind, you can pick characters based on how you want to play—whether that means mining for resources, or hunting, or exploring.

While the game can feel a bit frustrating at first (overheard: “Literally everything is killing me”) it gets easier once you find out where your skills are.

Of course, the easiest way to find this out is by playing with friends so you can explore that together. Even if you’re all clueless, you can have a lot of fun learning (and failing) together.

Looking back, some of my best memories were made on nights staying in with friends, all of us too broke to go anywhere. Don’t Starve Together for me is like a frenzied and exaggerated simulation of very early adulthood: “I have no idea what I’m doing… but I’m really glad you don’t seem to either.”

And if by chance you are playing with friends who do know what they’re doing, you may find yourself indebted to them rather quickly. It starts with asking for just a few crumbs to curb your hunger, but before you know it you’re asking them to craft you a Telltale Heart to revive your ghost.

Though death isn’t necessarily the end of the game. If your friends are still alive, they will happily squabble over your belongings left behind. But don’t worry—you can haunt them to return the favor. 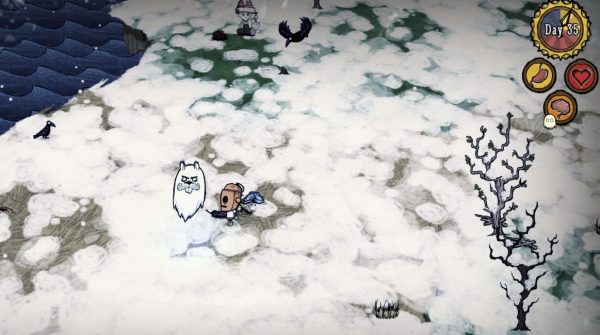 1. We Did Good, Billfold
2. Question Wednesday
3. What I Learned From Five Years of Writing and Editing for The Billfold
4. How a Program Assistant Dealing With a New Paycheck System Does Money
5. Classic Billfold: What I Wanted From My Move to Portland and What I Got
don't starve togethergameslife-lessons