The Cost of Moving: Completing the Shipping Process 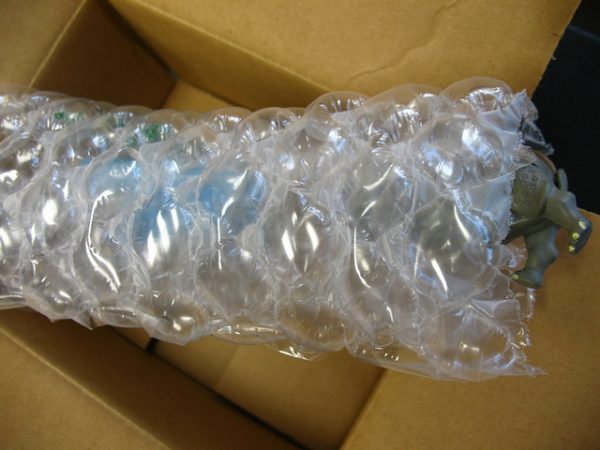 Yesterday, I shipped the last nine boxes to Cedar Rapids, which brings me to a total of 27 boxes shipped, plus the two additional boxes of stuff that I shipped to friends. (It’s nice to be able to pass some items along to people who can use them.)

I packed 26 of the 29 boxes myself; the Sip & Ship team packed three boxes of dishes, Christmas ornaments, and other breakables.

$370.15 of that cost went to the three fragile boxes that the Sip & Ship team packed, and yes I am very aware that I could have bought brand-new dishes for that money, but… whatever, I’m cool with it.

I’ve had to be cool with a lot of things during this process, such as the decision to eat the $24 cancellation fee when my Dolly driver showed up with an uncovered pickup truck during a downpour. I also had to be cool with leaving those dishes/ornaments/breakables with the Sip & Ship overnight and trusting that they’d all be packed and ready for me the next day—which, I have no reason to believe that anything went wrong, because the Sip & Ship team is amazing, but part of me is like “What if they forgot to pack the singing bell ornament that used to hang on the Christmas tree when I was a kid? It’s very small! What if it got hidden under a piece of bubble wrap or something?”

But, you know, you just gotta trust people.

You also have to trust the Goodwill when they say they’ll wipe your old laptop and phone to Department of Defense standards before reselling them to someone else. I didn’t put my worn-out laptop and phone on the Dolly that I sent to the Goodwill because I wanted to hand the items over in person, and when I showed up they told me to put them in a big donation bin, and then I asked the manager again, for sure for sure for sure: “You’re going to wipe these clean? Because that other person told me to put them in the same bin with a bunch of chairs and stuff.”

He assured me they would. The bins get sorted and the electronics get shipped off to the recycling center and somebody erases all the hard drives and other components to Department of Defense standards.

But I changed my Google passwords anyway and told Google not to recognize any logins on any of my previous devices, just in case.

And you have to trust JCPenney, even though they shipped my mattress to the wrong address and, when I called Customer Service yesterday to check on the status of the mattress, was told that the best thing to do would be to cancel the mattress order and repurchase it.

Which, fine, and it cost me even less this time thanks to Cyber Monday sales. But I wish we’d done that two weeks ago, because now my new mattress might not arrive until mid-December.

On the other hand, the person to whom I sold my current furniture has to trust that it’ll be there when he walks into the apartment on Friday, and my landlord has to trust that I haven’t made secret copies of the keys, and everyone has to essentially trust that we won’t be jerks and that we’re doing the best we can.

I am glad I went with the “ship your stuff” method instead of the “pack everything on that truck” method. It should end up being slightly less expensive than the $1,661 truck, even after you add in the cost of checking three bags at the airport—and it gets even less expensive when you include the $450 I made selling my furniture.

Also: if you’re ever in Seattle, stop by the Ballard Sip & Ship. Even if you don’t have anything to ship, they have great coffee and baked goods.

1. We Did Good, Billfold
2. Question Wednesday
3. What I Learned From Five Years of Writing and Editing for The Billfold
4. How a Program Assistant Dealing With a New Paycheck System Does Money
5. Classic Billfold: What I Wanted From My Move to Portland and What I Got
movingshippingthe cost of moving