The Cost of Giving Birth Abroad 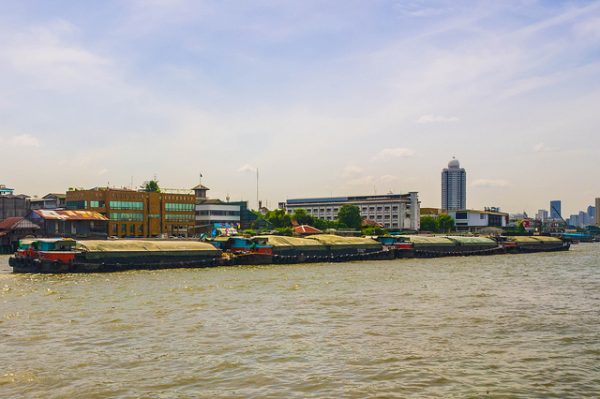 My pregnancy experience isn’t one that could be described as “normal.” Don’t get me wrong—there were no medical complications, and both of us remained healthy the entire time. But the logistics of managing a healthy pregnancy, my relationships, and my finances at that time were far from uncomplicated.

I live in Kathmandu, the capital of Nepal. My husband is Nepali. Nepal is one of the poorest countries in the world, and Kathmandu is one of the most polluted cities. While I enjoy living here—and have a pretty good quality of life because I can afford it—there are daily struggles that most people in the West don’t have to deal with. Struggles such as overwhelming pollution, a river running through the middle of the city that is actually just an open sewer, frequent power cuts, water shortages, non-drinkable water coming from the tap, road construction that lasts for months on end, unreliable medical facilities, damage from the previous earthquake (in 2015) and the risk of another.

When I fell pregnant in November 2016, I started visiting a good gynecologist at an expensive private clinic that most tourists and expats in Kathmandu use. I had good expat health insurance that covered childbirth, which I’d been paying for eleven months when I fell pregnant (they don’t cover pregnancy for the first ten months of being on their plan, ha!). I’d apparently had the good—although accidental—foresight to choose a plan that included pregnancy coverage when I’d relocated to Kathmandu. Perhaps my subconscious was telling me that as a woman in her early thirties, this was smart.

I earn far, far more than the average Nepali (and still much more than many wealthy Nepalis), but I’m not well-off compared to many other expats from Western countries. I don’t work for an embassy and I’m not a consultant with a big INGO. So, when I fell pregnant, I thought it would be worth exploring my options of giving birth in Nepal. My husband was born in a small village without electricity and doctors, and he turned out healthy, right?

My gynecologist quickly put that idea out of my mind. “We advise everyone who has the means to leave Nepal for the birth to do so,” she told me. Her clinic didn’t provide birth services, and she couldn’t recommend any other hospitals in town, not even the private ones. She told me that they didn’t tend to be very “pro-women,” and were overly quick to resort to caesarean sections, especially when non-Nepali women were involved. Plus, the risk of earthquakes, drug shortages, absence of epidural drugs, strikes (leading to road closures), and lack of specialist equipment and drugs in the case of complications made staying in Nepal far from ideal.

I bristled at the thought of behaving like a spoiled Westerner who thought she was above everyone else and needed special care. But the more I asked around, the more I saw how common it was for everyone who had the means to leave Nepal for childbirth to do so. Not just foreigners, but Nepalis with a bit more money, too. As one friend who gave birth back home in the U.K. put it, “I knew I wouldn’t forgive myself if something happened to my baby in Nepal that could’ve been prevented in the U.K.” I felt the same.

I’m from New Zealand, and although I haven’t lived there for a long time, as a citizen I’d still receive free maternity and birth care. Not all healthcare is free in New Zealand, but costs are very minimal. For accidents, life-threatening illnesses, and events such as childbirth, the tax-payer funded system covers the costs. The quality of healthcare in New Zealand isn’t the best in the world, but it’s pretty good.

Around February, I started to think I’d return to New Zealand for the birth. I wasn’t overly excited to do so, as my life is in Nepal. But my dad was especially encouraging of that plan, and it seemed like the healthy thing to do. We’d need to get my husband a visa, of course, and there wasn’t much time to do it. Flying from Nepal to New Zealand is considered long-haul, at around fifteen hours, and in most cases pregnant women aren’t cleared for long-haul travel in their third trimester. We had quite a tight window of time in which to get my husband a visa before my cut-off date for travel—which would be the end of April—but we thought we’d give it a go.

I should mention that at this time, in February, we weren’t yet married. We were planning to do so, but had to wait for some documents to arrive from New Zealand first. If we waited for these to arrive before applying for the visa, we knew we’d certainly miss my travel cut-off date. So, in late February we applied for the partnership-based visa anyway. There’s no New Zealand embassy in Kathmandu, so everything had to be sent to Delhi. The visa processing times listed on the New Zealand Embassy website indicated that we would get the visa while I could still travel.

In March, while I was five months pregnant, we got married in a traditional Nepali ceremony. The week after the wedding, we were told that my husband’s visa application had been declined because we hadn’t provided enough proof that we were really a couple. Sigh.

Cue Plan B. My pregnancy was still progressing well, so there was no reason to think that short-haul travel in the third trimester would be a problem. My doctor advised that I look into traveling to Delhi or Bangkok for the birth, both flights of less than four hours from Kathmandu. I love Delhi as a city, but my husband doesn’t—and the baby was due in the summer, when it’s not uncommon for Delhi to reach temperatures in the high 40s (Celsius). Plus, when I did some preliminary research into the hospitals that my doctor recommended, the reviews weren’t all glowing, so we quickly decided against Delhi.

Bangkok seemed to be our only option left. But it was a good option. The hospitals that my doctor recommended looked excellent, so we made tentative plans to travel to Bangkok for the birth in July, a month before my due date, which is the cut-off point for short-haul flights. We actually couldn’t plan anything concrete because we didn’t know whether any complications would arise in my pregnancy that would prevent me from flying, or whether our baby would decide to join us early—or whether my husband would even get a Thai visa! Traveling while Nepali is complicated and difficult, as the Nepali passport is one of the weakest in the world.

In mid-June, two weeks before my travel cut-off date, I was given medical clearance from my doctor, and we applied for Thai visas and purchased flights (refundable ones, just in case). I needed a medical visa, which was valid for three months and could be extended. My husband was only given a two-month tourist visa, non-extendable, as we were told that for Nepali nationals in his situation, this was the only option. In the best-case scenario, this would be enough time. We’d have one month in Bangkok waiting for baby’s arrival, then enough time to apply for the birth certificate and passport before leaving Thailand before his visa expired. But I was terrified that baby would be late—as I was, by two weeks!—and my husband would have to leave Bangkok before me, leaving me alone there with a newborn. I tried to put that fear out of my mind and focus on the tasks at hand, but it was a real concern.

In early July, we arrived in Bangkok. We rented an apartment through Airbnb, and it was such a relief to be somewhere with reliable running water, air conditioning, smooth roads, and (relatively) dust-free air. At nine months pregnant, I had started to hate Kathmandu and its daily challenges.

Baby was born two weeks early, but we were both healthy. I was so glad to be in the wonderful private hospital in Bangkok, where the aftercare I received was excellent. I didn’t take any of this for granted, as I know that so many women around the world don’t have such good experiences. The logistics of my pregnancy were hellishly complicated and frustrating at almost every turn, but the outcome wasn’t because I had the means to be flexible.

Yes, it would have been cheaper for me to have my baby in Nepal, but I’m confident I would not have received the same quality of care, even if everything had gone smoothly. It also would have been cheaper to return to New Zealand, had that been possible. I would have cancelled my pricey health insurance and relied on the public system, and lived in my dad’s spare apartment to save money on rent. But again, the quality of care in the New Zealand public health system would not have been as good as in a private Thai hospital.

It should also be noted that I didn’t have to factor any loss of earnings into my travel to Bangkok, as would have been the case if either I or my husband had full-time, office-based jobs. I’m a freelance writer and editor, so could work from my laptop, and in fact I did work until the day before giving birth. (Not out of some superwoman complex, I must say, but because baby was two weeks early so I didn’t properly wind down before the birth!) Plus, my husband is an outdoor adventure guide, and it was the off-season in Nepal, so he wouldn’t have had any work had we stayed at home in Nepal anyway.

What it cost me to have my baby abroad (in USD):

Elen Turner is a writer and editor based in Kathmandu, Nepal. You can find her work at www.elenturner.com.

1. We Did Good, Billfold
2. Question Wednesday
3. What I Learned From Five Years of Writing and Editing for The Billfold
4. How a Program Assistant Dealing With a New Paycheck System Does Money
5. Classic Billfold: What I Wanted From My Move to Portland and What I Got
bangkokgiving birthkathmanduliving-abroadnepalparentingthailand