How I Got This Job: Food Stylist 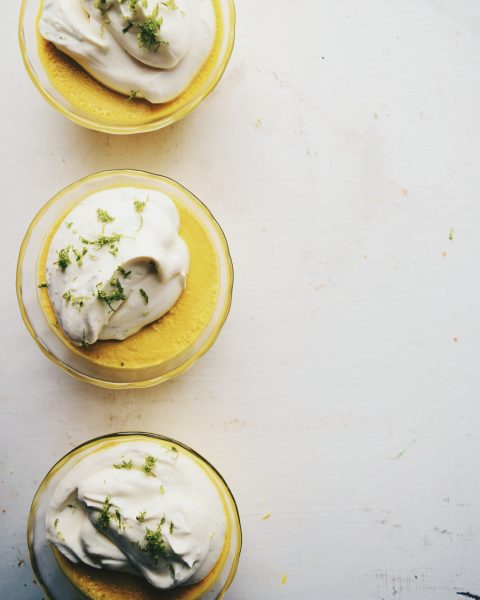 Photo (and food) by the author.

If you’ve ever glanced inside a cookbook, or noticed any food ever in a magazine, ad, TV show, or movie, that’s a food stylist at work. Food stylists aren’t the ones taking the pictures (that’s the photographer’s job), but without them, there would be no picture to take.

Part chef, part artist, part mad scientist, food stylists can make carbonated beverages fizz on command for the camera. They whip up a bowl of whipped cream, and then make swirls and dollops out of it that will make you weak in the knees. They can also arrange the shit out of some produce for a still-life photograph because, at the end of the day, food stylists understand composition.

On the path to becoming a food stylist, I have taken plenty of detours. But I never made a pit-stop at culinary school. This is a natural step for some stylists, but not for me, because I am a Unique Snowflake. JK, LOL. I was just broke, with too many student loans, from too much school already. It was time to go rogue.

How to Become a Food Stylist

Okay, you could skip this step. You could also skip the steps in which you practice public interest law for five years, burn out, move to another noble and recognizable profession—public school teacher—and burn out for a second time. But if I left these steps out of my story it wouldn’t be a genuine retelling, and I really don’t want to be remembered like that miserable, misleading Million Little Pieces author.

After seven years of getting it wrong professionally, it was time to pursue what I always wanted: a job with food. At this point in the process, I didn’t even know what a food stylist was. I just knew that ever since I was a kid, my happy and safe space was in the kitchen.

I decided to learn about the food industry the old fashioned way: by apprenticing. I had experience from my teens and twenties working in the industry—I worked at a bagel shop during college and as a waitress and food runner during law school. Plus, I spent way too many hours watching Food Network in the 90s. I wasn’t afraid of a flat-top grill, I didn’t scoff at hauling bags of trash, and I knew the difference between a béchamel and a velouté sauce. I was also eager AF to learn and exhibit zero ego: a breath of fresh air for most restaurant kitchens.

At this point, I was already living in New York City, so I reached out to a few people I knew who worked in kitchens. I helped them prep for no pay, and eventually began taking sous chef gigs with a catering company. This gave me confidence in the kitchen while increasing my speed and my knife skills. Plus, it got me comfortable using words like “walk-in” and “speed-rack,” and drinking water out of a quart-container like a badass.

Step Three: Earn Money Every Way You Know How

This step was key for me, and my generalized anxiety disorder. In my case, this meant private tutoring in math and economics. I took those prior degrees I earned and put them to use. This meant I could say yes to any low (or no) paying food industry jobs I could find to help expand my experience.

I am married, so there is a second income. But he is a public interest attorney with student loans of his own, so it’s not like we’re coasting over here. Plus, I needed to know that I would be continuing to contribute to our weekly beer, cake, and pie needs and not be dipping into the joint account like some kind of tortured artist with a gluten addiction.

I tutored for two full years, in the background, while all the other steps unfolded.

Step Four: Turn Off One Faucet, So You Can Run Another

The benefit of freelance work was that I could decide when to turn the faucet on or off with each individual gig. After about six months of catering and professional kitchen work, when I felt that I knew what those worlds had to offer, I made room for a different experience: food photography.

I was already following a bunch of food photographers on Instagram, and while scrolling one day through my curated feed—which consisted of overhead shots of food with exceptional lighting and photos of adorable French Bulldogs with human names like Laurence and Cindi and more followers than I’ll ever have—I noticed that a food photographer (whom I’ll call “Photographer”) based in Harlem was looking for an intern. No pay.

I ended up interning with Photographer for six months, Mondays and Tuesdays from 9 to 5, before heading downtown to tutor until 10 p.m. I got to experience shoots for magazines, cookbooks, commercials, and social media campaigns. While I was fascinated by the photography side of the work, I was most drawn to the food and its styling.

Photographer must have noticed, as she suggested that I go help the food stylists in the kitchen and on set, if I wanted. I did. And with it, came a whole new view of the way I could work with food.

Once the internship wrapped, I used my pre-tutoring free time to practice styling food and drinks and to learn how to take decent-enough photos to document my progress. I did this out of our apartment, balanced on the ledge of a window for the best natural light. When I started, it was just whatever I was having for lunch; over time it became a well-planned effort to do a weekly dessert, beverage, and savory food item. I love eating my feelings, so all these amateur food photo shoots I was doing really worked out, given my rising anxiety level around this stage of the process.

Armed with a portfolio of my own making, I began posting these images to Instagram. And I created a website. I got more active on the ‘Gram and started following (stalking?) other stylists—ones I had met, and some I hadn’t—who were based in New York City and whose work I admired. Some started following me back. Then it was time to get bold.

I got over my fear and did a bunch of cold-call asks to assist food stylists, some who I met prior during the internship with Photographer, others that I found via Instagram.

As a food stylist’s assistant, you need—at a minimum—to be hella organized, have some respectable knife skills, and understand how to follow a recipe. That I could do; the fact that I also gave a shit about the aesthetics of things, and was open to learning, meant that I got asked back by stylists to continue assisting.

Step Seven: Find Your Tribe + Keep At It

Food styling is the kind of craft you can only learn by watching and doing. So, when I don’t have a gig, I keep practicing in my little window-ledge studio. And most of my work in the world of food styling is still assisting. I have plenty left to learn. But sometimes stylists forward me stuff they can’t do because they are already booked, and I end up as the food stylist on a shoot.

A couple of months ago, I substantially cut down on those tutoring jobs, so I could make more and more space to accept roles assisting stylists. Nerve-wracking for sure, since tutoring was guaranteed, weekly income, but it was something I felt confident doing because: (1) I had people in the industry who I trusted and believed when they told me I was actually good at this styling thing; (2) I squirreled away a bunch of savings from that tutoring hustle; and (3) I’M NOT GETTING ANY YOUNGER HERE (despite what my eye cream and night serums might have you believe).

Many times on this journey I have felt struck by loads of luck. But then I re-read everything I did to get here, and I see that it was also a lot of work. And a lot of being curious enough to keep learning, student-loan debt be damned.

Kristin Stangl is enjoying the freelance hustle in NYC, and lives with her husband and their very-well-fed French Bulldog, Ralph. She firmly believes that pie is better than cake. Follow her on Instagram @Days_of_Food.

1. We Did Good, Billfold
2. Question Wednesday
3. What I Learned From Five Years of Writing and Editing for The Billfold
4. How a Program Assistant Dealing With a New Paycheck System Does Money
5. Classic Billfold: What I Wanted From My Move to Portland and What I Got
careerfoodfood stylisthow I got this jobjob