Why Separate Bank Accounts Have Been a Relationship Game-Changer 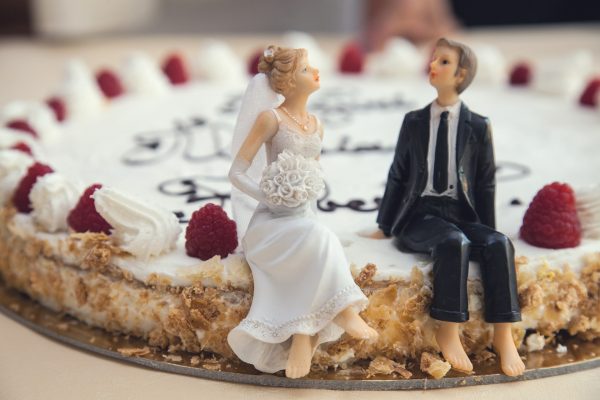 My husband (of 28 years) and I have a lot in common, but there are three areas in which we differ greatly:

The first two areas, no big deal. The last one, super big deal. It’s the one that caused numerous arguments over the first 20 years of our marriage.

First, let me say my husband and I are obviously slow learners. We tried to have a joint checking account for 20 years.

I suppose we did it because that’s what tradition dictated. When you get married, you join together as husband and wife in pretty much everything. To us, naturally, it meant that his money and her money became our money.

For a period of time, my husband handled our checkbook. Our paychecks went into the account, he paid our bills out of it, and he put money into savings.

What it meant for me is that anytime I wanted to buy something, I felt like I needed to get permission to do so. It was as if I was getting an allowance. (My husband never made me feel this way. It was my head trash and I hated it.)

Inevitably, it led to arguments about why I needed money and what I was going to purchase. I felt the need to justify everything. I think there was a time or two I even told my husband that he wasn’t my dad, as I so eloquently put the exclamation point on it with the slamming of a door.

We decided to flip it. My husband handed over the checkbook so that I could be in charge of it. He felt that if I was in charge of it, then I wouldn’t feel so defensive because I wouldn’t have to ask for money.

There were two problems with this. The first is that because he is an information seeker, I felt as if my husband was constantly asking me how much money we had in our account (this was in the days before online banking). Rather than feeling better about being in charge, I was back on the defensive.

But that wasn’t the worst of it.

One would think the tipping point would be overdrawing our account, but it wasn’t.

The tipping point was our separation. Money had nothing to do with why we chose to separate, but I opened my own account and moved out.

We learned a lot about ourselves and our relationship over the course of that year. I also learned a lot about money, because I had no one to rely on except myself. I was in charge of everything living on my own, and it was an eye-opening experience. One I needed desperately.

We got back together.

Alas, our checking accounts did not.

Why separate accounts work for us

Sometimes people will talk about how they have joint accounts and that they could never do separate ones. I have encountered more than one raised eyebrow when I say that my husband and I do.

But, hey, they aren’t us. And I dare say, we haven’t had an argument over money and neither of us has been overdrawn in over eight years.

We each have our own bills we pay. We separated the bills out so that we are each roughly paying the same amount. We each have parent-student loans we are paying for our kids, and we each have a personal loan for which we are responsible.

Since our kids have grown into independent, responsible adults, I no longer feel responsible for helping them out. My husband lovingly referred to me as the “bank of Mom that never closed.” It’s not that our kids came to me for money all the time. It’s more that I offered to help them out or would buy stuff for them just because I wanted to.

Because I’m in charge of my money, I have learned how to budget. I have a spreadsheet, and I make sure all my bills are paid and money is put into savings within the first week of my monthly paycheck. That way I know exactly what I have left for the rest of the month.

I no longer go to my husband for money and he no longer has to ask me what we have in our account.

And that has made all the difference.

Christine Denker is passionate about writing, consulting, and adding value through simple living and positive vibes. Check out her blog, Everyday Life Uncluttered. You can also follow her on Twitter at @gettoit11.

1. We Did Good, Billfold
2. Question Wednesday
3. What I Learned From Five Years of Writing and Editing for The Billfold
4. How a Program Assistant Dealing With a New Paycheck System Does Money
5. Classic Billfold: What I Wanted From My Move to Portland and What I Got
bankingmarriagerelationshipsseparate bank accounts