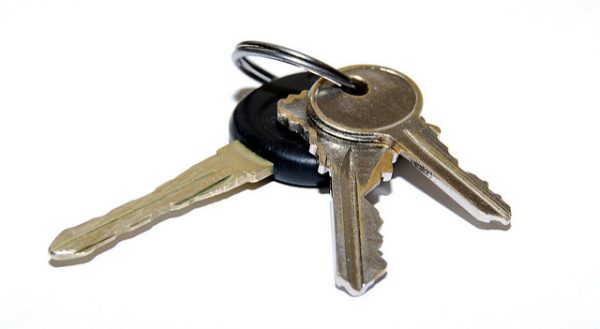 I had forgotten how much pain is involved when my mother decides to embark on another one of her projects, which inevitably involves the purchase of, the selling of, the renting of, and the improvement of real estate.

If my mother has one truth, it is this: the only thing one should invest money in is real estate. She keeps pointing to the fact that her own parents put their money in real estate and were able to leave each of their four children with property—and while her brothers have sold off their land to send my cousins to college, pay for medical bills, and emigrate abroad, she has managed to hold on to her inheritance through all the years, even after getting widowed.

Never mind that the property lies fallow because it is too far away for us to manage. As an asset, it looks good on paper; in reality, it will only realize its value if we sell it, and my mother will never consent to sell it because it is a gift from her parents and is intended to be, in turn, bequeathed to us, who are not expected to sell it either.

Owning this property gives her a sense of security. She wants her own children to have the same sense of security, but for some reason, each time she tries to invest in real property, something goes wrong and I end up bailing her out. She bought a piece of land and entered into a joint venture with someone who was supposed to build townhouses on the property; they were to share in the proceeds 50-50. Instead, she ended up in a 10-year litigation process; the amount I’ve paid for lawyers is already more than what she originally bought the property for.

She then bought two lots on installment from two different developers, both of whom ended up leaving the communities without paved roads, running water, and other amenities. Again, she sued and I ended up paying for the lawyers again. To date, we are still in litigation.

My father was still alive when she bought all these lots, but he had passed away by the time her troubles started. She couldn’t take any action immediately, she had to wait until I finished law school before we could afford to focus on remedial action. All those years of waiting percolated her sense of loss and injustice. Investing wasn’t supposed to be this hard; purchasing property was supposed to be as easy as buying off the shelf.

It doesn’t help that when my mother decides to do things, it’s like a whirlwind. She likes seeing things spring to action, and she has no patience for groundwork, second guessing, or long-term planning. She is excellent at jumpstarting plans, but this works only if there is a crew to execute the plan and fill in the details. She would have been an excellent manager in some ways, but since she is a stay-at-home mom, she has no corporate team. She only has us.

Looking back, I think this is why all her attempts to invest have gone bust: she has good intentions but she buys with her eyes and doesn’t do her due diligence. Also, once she likes a property, she becomes too invested in the outcome and finds it difficult to find fault with it. She also finds it difficult to listen to people criticize it because it’s like finding fault in her dream. Perhaps it is also a way of asserting her agency.

My mother also has big dreams for her lawyers. She wants them to be like the lawyers she sees on TV: someone who will defend the client with passion and slays the enemy with words and reason. An avenging sword. Instead, she got me. The most that I could do was to hire lawyers to handle her cases because I could not be both her lawyer and her child at the same time.

I also couldn’t share in her enthusiasm for real estate because I was the one paying for everything while putting my own dreams on hold. Seeing how every purchase of property ended up in litigation soured me against accumulating more real estate. Also, all those years of frantically budgeting to cover all household expenses as the family breadwinner, as well as all the lawyers’ fees I have had to cover all these years, meant that any money invested in real estate would be tied up forever. That’s money that could have gone to travel, savings, or investments. For years, I resented how I got roped into fulfilling her dreams for her, which was confusing because they were actually her dreams for me.

The thought was nice, the execution sucked.

This is how she likes to tell the story of how she and my father bought a house of their own: “Your father was worried that there wouldn’t be enough money, but I told him that if we didn’t do it now, when would we ever do it? Too many plans get spoiled by overthinking.” Buoyed by her enthusiasm and confidence, he said yes to the plan.

True to form, the money ran out and they had to downscale the original plans. The bedrooms in our house are too narrow and wrongly proportioned; you can see how they were cut in half abruptly and sealed in. A few years more of renting and they could probably have saved up for a bigger house, but who knows? Maybe she was right and it was better to have bought when they did. Our home’s value has appreciated over the years, after all.

A few years ago, our house was totally flooded in. We were able to move back in after a few days, but my mother saw a golden opportunity to finally renovate the house according to her original vision. I saw it as an unnecessary expense, but she insisted that we needed a second floor to run to in case floodwaters rose that high again. I gave in and took out a home improvement loan: she’s bored and needs a project to entertain her, her children are always at work, and she doesn’t have a group of friends she can hang out with regularly. Also, climate change. It’s fine. (It took years and disposable income before I was able to get to “It’s fine.”)

But this is the difference between my mother and me: when we realized that the home improvement loan would not be enough to cover all expenses for construction, I said, Wait, let’s raise the cash first and then we can take out the loan.” My mother said, “Take out the loan naaaaaawwww and we’ll just raise the balance later.”

Of course, nobody helped me raise the balance. I ended up taking on extra work to pay for everything over budget. But she did get the second floor, and I am writing this from my better-proportioned second-floor bedroom. While we have experienced another flood that came up to our knees, we weren’t bothered because we were all safe on the second floor.

Still, I really really wish my mother would stop thinking of my money as an ever-flowing stream but more of a hailstorm: rare, unpredictable and an utter surprise when it arrives. But that’s not how she experienced money, and it’s not like I can change her. I can only change jobs, change careers, and change spending habits to accommodate her—while changing how much I share with her about how much I earn, how much I spend, and how much I save.

Anonymous is an Asian lawyer raised by an Asian family. Anon prefers to invest in stocks, bonds, mutual funds: instruments whose value can be monitored, and more importantly, can be disposed of quickly to remain liquid. If Anon has one piece of advice to give, it is “Never take on one’s family as a client.”

1. We Did Good, Billfold
2. Question Wednesday
3. What I Learned From Five Years of Writing and Editing for The Billfold
4. How a Program Assistant Dealing With a New Paycheck System Does Money
5. Classic Billfold: What I Wanted From My Move to Portland and What I Got
parentsparents monthreal-estate