Getting What You Pay For 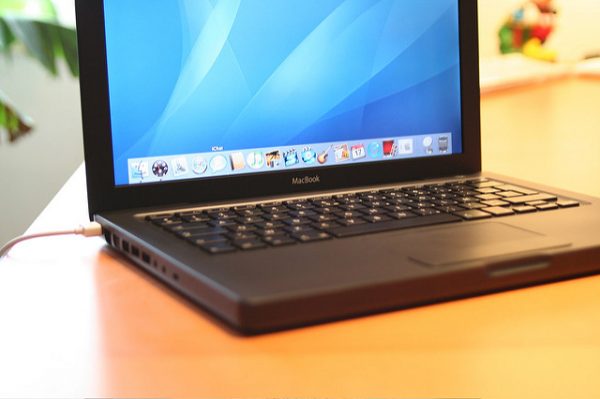 Growing up, my mom had two mottoes: “Get there before it opens” and “Never pay full price.” (This seems to be a common mom saying.) I’ve fully accepted that my love of sleep will never get me anywhere at the crack of dawn, but I’m having a little more trouble processing that second piece of advice. To this day I remember receiving a digital camera for Christmas one year… only to have it fail to turn on. My dad had found it refurbished on a discount website and, well, sometimes you get what you pay for.

Growing up in the 1950s, both of my parents’ families suffered significant losses in the Great Depression. As a result, they were each raised with an emphasis on saving money. My parents disagree on many things, but being careful with money is not one of them. They buy solid used cars, keep the heat on low, and take affordable vacations.

Of course, sometimes I think they take things a little far. I don’t think I’ve ever used a whole paper napkin in my mom’s or my grandmother’s kitchen—rip ’em in half to get the best value out of them!

Unlike my parents, I was raised solidly middle-class. I was always aware of money and knew that my parents had a careful budget, but I never lacked food or clothes (even if they were bought on sale and off brand). For the most part, I’ve become a frugal, financially careful adult. I get a lot of my clothes in thrift shops, and my house is small and located in an affordable neighborhood.

I think the difference in our upbringings has given us different financial philosophies as adults. To my parents, it’s better to have the money in the bank (even if we’re talking about $5) and replace purchases only when necessary, preferably with the least expensive option. I’d rather invest a little more up front and get more use out of each item. Perhaps as a result of the disappointingly broken digital camera, I HATE buying refurbished. I’d rather get something new, even if it has fewer bells and whistles. I’d also rather spend a little more and avoid complications than buy something that’s not quite right and have to work around its lack. My least favorite words: “some assembly required.”

My beloved MacBook (on which I am writing this) is slowly turning into a very expensive doorstop. Every time I turn it on, I cross my fingers that the airplane-takeoff sounds it’s making are just the normal boot process and not a harbinger of a crash. Of course, the thing is eight years old, so just the fact that it still turns on is a win. However, in the time I’ve had this now-geriatric laptop, I think my mom has bought three inexpensive, on-sale models. Over time, we’ve probably spent about the same amount of money.

On a recent trip home, I discussed our different buying philosophies with my parents over dinner at their place (featuring, of course, half a napkin each). I was talking about buying a new color printer for my bookstore, and my dad and I were debating the merits of several models. He suggested a model-closeout inkjet (super low price, but somewhat expensive replacement ink), where I was looking at a color laser (still on sale, but nearly double the price with much lower toner costs). To him, it was better to shell out a smaller amount upfront and spend more on ink—after all, I’d only be replacing what I used, so if we didn’t do much color printing, it’d save money in the long run. I’d rather invest the cost up front, then not feel the pinch at the recurring cost. Plus, it was a near-certainty that my choice would hold up better over time.

We came to the conclusion that lot of it boils down to tolerance. My parents are willing to tolerate a lot more risk and malfunction, particularly with electronics. My dad is an IT guy and former mechanic, so he has the skills and patience to fix broken items. I’m easily frustrated and just want my stuff to work. It’s even a safety issue in some cases; I’m single and live alone, so if my car breaks down in the middle of the night, I have no one to call except my long-suffering best friend, where my parents have each other. I also just don’t want to replace things as often. I sucked it up and bought a good pair of running shoes, and in addition to saving my knees, they’re holding up way better than the cheaper ones I used to run in.

I’m not trying to argue that one school of thought is better than the other (yes I am! mine’s better!), so much as identify the differences between the two, and why I’m choosing not to follow my parents’ example, even though my mom jokes they put me through college with what they saved on paper products. Do you buy an item cheap and on sale with the knowledge you’ll need to replace it soon, or do you spend a little more and get something built to last?

Erin Matthews owns an independent bookstore in Howard County, Maryland. Following your dreams isn’t always that lucrative, so to pay the bills, she is a freelance writer, editor, and social media coordinator. She doesn’t tweet, but you can follow the bookstore on Facebook, Twitter and Instagram @bookswithapast.

1. We Did Good, Billfold
2. Question Wednesday
3. What I Learned From Five Years of Writing and Editing for The Billfold
4. How a Program Assistant Dealing With a New Paycheck System Does Money
5. Classic Billfold: What I Wanted From My Move to Portland and What I Got
frugalityparentsparents monthshoppingspending