A Toddler’s Day Out That Doesn’t Bust the Bank 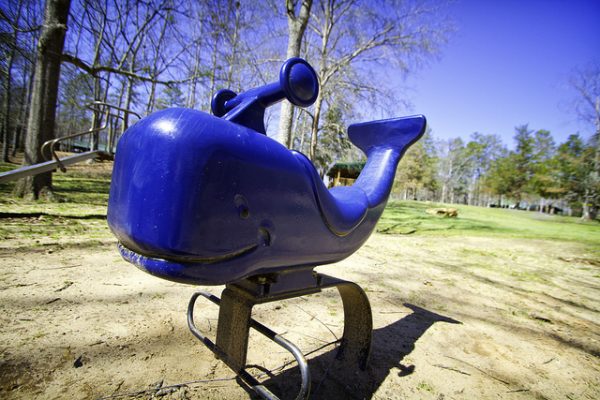 My son, Sid, is hurtling through toddlerdom at warp speed. As his second birthday is only a matter of months away, it’s safe to say he won’t be a toddler for much longer.

I first came to this dawning realization when he threw a full-on tantrum in the library while I was trying to put him back in his pushchair—he ended upside down in my arms, screaming with a face like a vexed, sunburned tomato. This realization cemented itself a few weeks ago when he said “no” to me around 20-odd times in one day.

As Sid gets more active, more amusing, more inquisitive and, of course, more demanding, it’s up to me to provide him with a fun-filled and well-rounded day.

I’ve tried a number of things, some of which he’s enjoyed more than others—I won’t bother with toddler sensory again—but I’ve found one itinerary that I can pull out of the bag pretty much anytime, anywhere (at the moment), that Sid loves. Also, it doesn’t bust the bank.

After Sid has chomped down his breakfast like a malnourished wolf, I sit him at the table in his booster chair and get out the blocks. He loves to stack the blocks and point to the various shapes and patterns on them; sometimes we even get out the Play-Doh. Once he stuffed a bit up my nose—I complain, but it also had me in hysterics for most of the day.

A lark in the park

It’s no secret: the park is a savior for parents the world over. Not only do you and your kid (or kids) get to enjoy fresh air and wide open space, but it also allows kids to expel energy and engage with their peers. After Sid has finished stacking his blocks and manhandling his Play-Doh, the park beckons.

Just a matter of days ago, when the remnants of Tropical Storm Ophelia caused sands from the Sahara to sweep into the sky, Sid and I were the only people in the park, and the dark hazy skies complete with an orangey-crimson moon made it feel like we were playing on another planet. It was pretty cool, and Sid seemed intrigued by the sun—possibly because he thought it was a giant satsuma.

I know most cafés are kid-friendly these days, but I’m referring to the type of café that caters specifically to youngsters.

There’s a place called The Capello Lounge near us that is decked out in bright colors, and there is a host of toddler toys and craft sets to provide entertainment.

Usually, during our epic toddler’s day out, we pitstop here for an hour and have a spot of lunch; we’ll hang out and shoot the breeze over a few coloring books and some potato fries—half of which usually end up on the floor.

After our food, we take a nice long stroll (Sid in the pushchair) around town and let our food digest before hitting the pool for the toddler-parent session.

Sid loves to splash around in the pool, doing his best salmon impression—he’s even adopted the nickname Sid the Salmon as a result. We usually enjoy around 40 minutes of premium swimming action in the pool before we both end up throwing the towel in, so to speak.

After our post-swim shower, Sid likes to run around the changing rooms and more often than not, gets inside one of the large lockers, giggling as he does so—sometimes I think he enjoys that more than the water.

This outing has all of the key ingredients of having a top time with your toddler and offers a full day of fun for a total of £20 ($26). If you replace the café with a picnic in the park, it costs even less. (Unfortunately, it rains most of the time over here, so alfresco dining is a rare beast.) Either way, I have as much fun as Sid does, if not more.

Do you have any ultimate toddler suggestions of your own? Let’s compare notes in the comments.

1. We Did Good, Billfold
2. Question Wednesday
3. What I Learned From Five Years of Writing and Editing for The Billfold
4. How a Program Assistant Dealing With a New Paycheck System Does Money
5. Classic Billfold: What I Wanted From My Move to Portland and What I Got
parentingtoddlers