The Billfold
Make That Dough 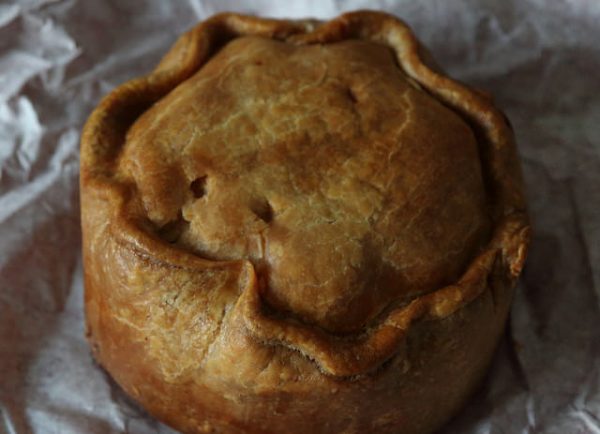 I’d moved to Berlin in 2012, six months after completing a bachelor’s degree in German and Philosophy. The U.K. job market was still sluggish after the 2007 crash, so I hatched a plan to relocate and put my German skills to the test. I knew that Berlin’s startup scene was thriving so I thought it would be easy to find an entry-level startup job, save up for a while, and return to the U.K. with a healthy savings account and plenty of work experience.

I managed to find a generic office assistant position that turned out to be dull and uninspiring. Eventually I was only going to work for the paycheck at the end of the month; all the other positives that often come with full-time work—social interaction, career development—just weren’t there. By this point I’d realized that moving to a different startup would be pointless; most positions were poorly paid and offered limited advancement. But I didn’t want to leave Berlin; I’d been enjoying my time, aside from work, and needed to come up with another idea that would help me afford life in the city.

One of the many things that attracts expats to Berlin is the remarkably cheap cost of living. Rent is extremely affordable, especially compared to other capital cities around the world, and this has allowed many experimental galleries and unusually located artistic venues to pop up across the city. The city’s food scene is also flourishing, along with street food markets and festivals. Many people have started their artistic career or food company on a shoestring, thanks to Berlin’s low overhead costs and openness to new ideas.

This got me thinking about a summer job I had once had at the butcher’s shop in my home village back in the U.K. I’d spent a couple of summers working there baking traditional English pork pies; years later, I still knew the recipe by heart. I got talking with a friend—a fellow Brit who had plenty of entrepreneurial experience after setting up his own online magazine while at university—and we decided to see if we could break into Berlin’s food scene.

We started off by practicing the recipe over and over again. We even hosted a small pie party so that our friends could sample our wares and tell us what they thought. We knew that if we were going to stand any chance of making money from this venture, the pies were going to have to be good. We also knew that we would have to be compliant with the myriad of German regulations.

Germany is known for its efficiency and love of rules. In some ways, this really isn’t true (you just have to look at the six-years-delayed Berlin Brandenburg Airport to see that the efficiency stereotype is a fallacy). Unfortunately, when it comes to getting a trading license—especially in the food industry—the Germans are true to their reputation as being sticklers for the rules. We thought that getting our trading license would be a case of turning up at our local administrative office and signing some papers; in actual fact it took a couple of months of different appointments at various departments across the city.

Eventually, we made it to the end of a very steep learning curve, became seriously schooled in German bureaucracy, and were finally able to start selling our pies. We were ready to go, but we still weren’t sure how the Berlin public would take to us. Our pies were savory and completely unlike the majority of pastry products in Germany. German pastries are sweet; the few savory options have been largely influenced by Turkish immigrants and are vegetarian. There’s nothing really like a British pork pie in German cuisine.

Thankfully, the expat community in Berlin is large—and there are so many homesick Brits that we didn’t need to worry whether our pies suited the German palate. Before long, we were attracting the attention of some of Berlin’s English-language blogs and our company name, Pieoneers, was quickly spreading. Our story even made it into the local newspaper back home.

We ran Pieoneers for just under three years. For the first year, I was running Pieoneers alongside my startup job, just to give me a chance to save up before I went full-time with the pies. It meant some very early mornings, baking a batch of pies before I had to be in the office at 9 a.m., but it was definitely worth it. After a year of working on Pieoneers I was finally able to pack in the startup job and focus on my pie-baking career.

When I gave up my job we were able to take on even more orders through our website, and we started taking part in more markets. We were even invited to take part in Berlin’s largest street food festival, Stadt Land Food.

After almost three years of bringing British pork pies to Berlin, the novelty of this unique job started to wear thin. My friend and I both realized that we didn’t want to be stuck in a kitchen baking every day of the week for the rest of our working lives. Plus, I’d decided that it was time for me to return home to the U.K. At this point we’d made hundreds of pies and fed a lot of people. We decided to call it a day.

My time in Berlin hadn’t panned out exactly how I had expected it to, and the dream of working in the startup bubble had fallen flat. But the four years I spent in Berlin were a lot more beneficial than I thought they would be—and a whole lot more fun! Berlin gave me a chance to experiment in an unusual career path, and now “baking pies in Germany” is the part of my resume I’m most proud of.

Laura Harker is a freelance writer based in North Yorkshire, UK. She is also the Travel & Lifestyle Editor at Litro Magazine.

1. We Did Good, Billfold
2. Question Wednesday
3. What I Learned From Five Years of Writing and Editing for The Billfold
4. How a Program Assistant Dealing With a New Paycheck System Does Money
5. Classic Billfold: What I Wanted From My Move to Portland and What I Got
career historygermanyhalf of us will be humming Sweeney Todd for the rest of the daypiesworking-abroad