Mom, We Invested in Bitcoin 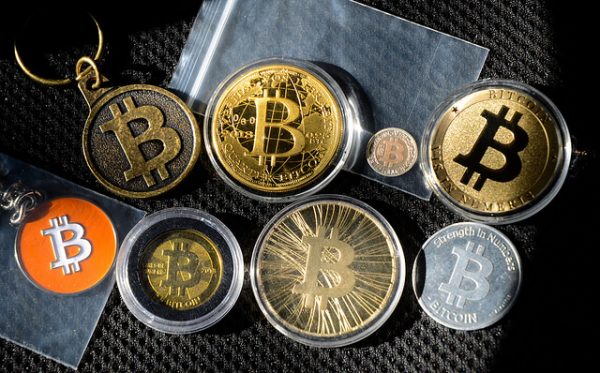 My husband Matt and I cherish our early morning chats with my mom. Each time we visit, we sit around the kitchen table, coffee in hand, and discuss our current struggles, what we hope for the future, and what we’ve learned along the way.

During our recent visit, Matt casually asked my mom:

“Have you heard of Bitcoin?”

She hadn’t. My stomach tightened.

We tried piecing together an amateur explanation using words like blockchain technology, cryptocurrency, decentralization, and mining.

She’ll never get it, I thought. Not because she’s unintelligent, but because I had zero confidence in my ability to explain it. To be completely honest, I wasn’t sure I understood it myself.

As we continued our explanation, it was starting to sound like an underground cult, a pyramid scheme, or the plot of an early 2000s Nicolas Cage movie.

Then, as if explaining it wasn’t embarrassing enough, we dropped a bomb:

Mom, you know that bizarre technology we just told you about? We invested in it.

No one will ever buy pizza online

For me, this conversation with my mom underscored the fact that Bitcoin sounds absolutely ridiculous.

Bitcoin’s complexity and my inability to grasp it kept me from taking it seriously years ago. I just assumed it was a currency made up by anarchist types so they could play SimEconomy on the internet.

Truthfully, though, cryptocurrency isn’t less ridiculous than other technologies we trust today. My mom still remembers her reaction when the internet was a new concept.

“I was sure it would never catch on,” she explained. “Your dad tried to convince me that one day people would use the internet to order pizza. I told him, ‘No one in their 50s or 60s will EVER buy pizza online!’”

“Now,” she admitted, “I order pizza online every week. And your grandmother loves buying things on Amazon.”

Coincidentally, the first purchase anyone ever made with Bitcoin was—drumroll, please—a pizza.

Why we invested in Bitcoin

I was able to brush off cryptocurrency in its early days, but it’s impossible to ignore now. My husband’s coworkers, long-time Bitcoin investors, are talking about it more and more at work which has led to discussions at home. And I can’t scroll through a major news outlet without coming across a hyperbolic article about the “Bitcoin bubble.”

Recently, we both started studying Bitcoin to learn about its importance, its history, and where it’s potentially headed. We then studied commentary from its advocates as well as its opponents. In our studies, we’ve discovered how revolutionary, yet unpredictable, currencies like Bitcoin can be.

Our friends and family describe us as frugal people (my mom uses the word “cheap”). So why did two financially conservative people invest in something so volatile?

1. Fear of missing out

With the amount of commentary heralding Bitcoin as a powerful technology, we had a classic case of FOMO. It feels reckless to put money toward something just because there’s a chance it might be worth something far off in the future. But after learning more, we couldn’t shake the feeling that it’s not just a currency for anarchist neckbeards.

The problem with FOMO is that it often leads to panic selling — the act of freaking out when the price of Bitcoin drops lower than the price you purchased it at. It’s fine to invest in cryptocurrency because you see it’s financial potential, but you need to understand that its price fluctuates wildly. If you’re prone to whiplash, this isn’t an investment you’ll want to ride out.

2. Its potential to change the global economy

Even with my limited understanding, I’m beginning to see that this technology has the potential to prevent fraud, secure consumers’ privacy, and make payments more affordable. By investing, we’ve contributed to its future and have motivation to stay up-to-date on new developments.

3. An interest in making our money work for us

At this point in our lives, we feel ready to make a small investment with hopes that it will be more than what we started with. We want to give our money a chance to grow instead of letting it sit idly in our savings account.

4. Motivation to learn about investing

We’re both eager to learn about investing and economics, and making a small investment holds us accountable to learning as much as we can. Even in the weeks since we first invested, I’ve started researched basic investing principles—something that would have otherwise made me bored out of my mind.

Skin in the game

But even with this new appreciation for cryptocurrency, my husband and I are far from completely understanding it in its entirety. On top of that, investing is unchartered territory for us. Neither of us had ever invested our money until now. Unless you count collecting Beanie Babies, in which case we’re both still waiting on returns.

Because Bitcoin is the darling of every tech publication right now, you can bet there are thousands of first-time investors like us. And we’re certainly not the only investors who have no idea what they’ve gotten themselves into, but our actions moving forward will make all the difference.

We’ll start by actively learning about cryptocurrency and investing. And we are following the cardinal rule of investing: only invest what you can afford to lose.

Weighing the implications of our investment, we accept that we could lose our investment — but that we’d have a crazy story to tell our kids one day.

My favorite part of this whole experience is that cryptocurrency is no longer an abstract concept for us. Now that we’ve purchased Bitcoin, we have skin in the game.

At the end of our conversation with my mom, I asked her, “What do you think of all this?”

“I wish I was smart enough to understand it,” she said. “It sounds asinine, but it could be really great.”

1. We Did Good, Billfold
2. Question Wednesday
3. What I Learned From Five Years of Writing and Editing for The Billfold
4. How a Program Assistant Dealing With a New Paycheck System Does Money
5. Classic Billfold: What I Wanted From My Move to Portland and What I Got
bitcoincryptocurrencyif the guy hadn't bought the pizza his bitcoin would be worth $20 million todayinvesting