I Was a Princess for My First Job 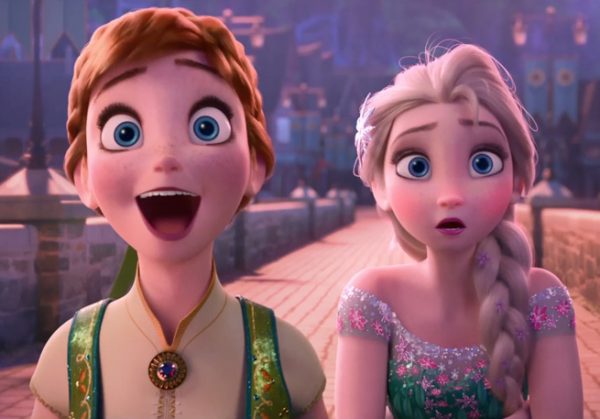 Not many people get appointed to royalty as their first job, but that’s exactly what happened to me.

I needed to support myself during college, so I started hunting for typical entry-level jobs. A receptionist, maybe, or something in retail. But I was stymied by the number of part-time, low-paying, entry-level positions that still required experience. How could I get experience if every job seemed to require it?

So I broadened my search a little, and decided to try some of the more “out there” positions in my local paper. When one of them called for a princess, I answered that call.

You might think that, when your first rung on the career ladder is “princess,” you are destined for an opulent future a la Kate Middleton. Alas, that was not true for me.

I was a princess for a company that specialized in hosting children’s birthday parties. They had two decorated rooms where, for a couple hundred bucks, parents could deliver their kids. Everyone could hang out and eat cake while the children were treated to magic shows, games, and other entertainment.

My job was to help prepare for the party and then don a princess gown and entertain the children. Easy-peasy, right?

Well, let me say, if there’s one job that perhaps calls for a bit of experience, it’s hosting parties for strangers’ kids. Especially when the company itself is a little bit sketchy, you’re doing all this work with just your manager as backup, and your manager has no concept of “training.”

“So what do I do when the kids get here?” I asked. “Keep them busy,” was his response as he pulled on his own costume (for the record, he was a pirate, not a prince, thank goodness). “How?” I asked. “Think of something.”

This generally did not go well.

The party prep aspect was even worse. I didn’t know how to do anything. I still feel slightly traumatized when I have to make coffee, since I couldn’t for the life of me figure out how the company’s coffee machine worked. (I wish I could say this was because it was some kind of fancy, complicated coffee machine. It wasn’t. I was just that naïve.)

But it wasn’t totally my fault; the company’s expectations were a little overambitious. I’d be told to come in a half hour before the party started, and then be asked to make the coffee, fill dozens of goody bags, set the table, put out cupcakes, clean up the room, and do “other tasks as required.” Then I had to put on my dress and makeup and be ready to greet the children when they arrived. Did I mention that all this was supposed to be done in a half an hour? Even without my daily coffee machine battles, it would have been impossible.

Then there were disputes over payment. When I expected to be paid for the time I spent setting up the parties and cleaning up afterwards (which took significantly longer than a half an hour), I was told that I was only paid per party. When I was running two parties at the same time (which was absolute madness), I was told I was paid by the hour. Either way, my check was late and far smaller than I expected.

My career as a princess didn’t last long at all, and thank goodness for that. But I did gain some valuable experience. Not only did I finally master the coffee machine, but I learned to make sure to discuss both duties and payment before starting a job. How much am I going to make and when am I going to be paid? What is expected of me, and will those expectations be fairly compensated?

Plus, my princess role gave me enough experience to climb a rung higher on the career ladder, and land a more stable, if not more glamorous job that helped me meet my expenses. So while I’m happy to no longer be wearing a princess gown for a living, there are many worse first jobs out there.

Now that Sandra Grauschopf has retired her princess gown, she is a freelance writer, editor, and content strategist for publications including The Balance and Healthline.

1. We Did Good, Billfold
2. Question Wednesday
3. What I Learned From Five Years of Writing and Editing for The Billfold
4. How a Program Assistant Dealing With a New Paycheck System Does Money
5. Classic Billfold: What I Wanted From My Move to Portland and What I Got
career historyfirst jobsfrozen fever is about elsa trying to plan anna's birthday partyjobs