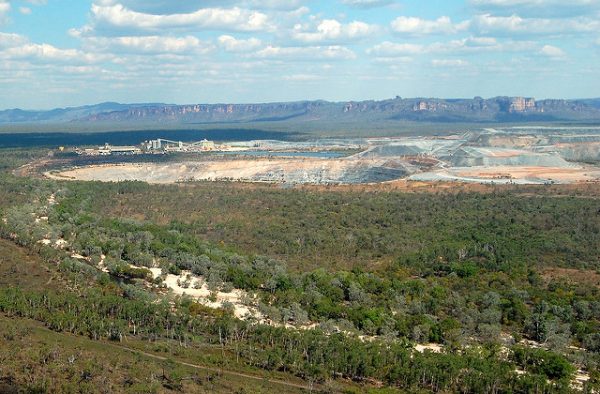 In January 2016, I moved to Australia on a Working Holiday Visa. The idea was to work hard, save money, and then travel in Asia.

In backpacking circles, Australia is known as a great place to work. For those from participating countries, getting a work visa takes a few minutes online—and, once in the country, visa holders have the benefit of the AUD $17.70 (around USD $14) hourly minimum wage. The best part? Backpackers are considered “residents for tax purposes,” and reap the benefits of that status, including a full tax refund on income totaling AUD $18,000 or less.

I can’t remember if my understanding of policies was constructed based on overheard hostel conversations or paragraphs read in blogs. Maybe I had heard one piece of information and took it as absolute truth—though I distinctly remember reading the phrase “Visa subclass 462, residents for tax purposes” online.

Regardless of where I got my information or if it was accurate, I believed it.

A positive experience with the Australian Taxation Office (ATO) corroborated my understanding. At the end of the fiscal year in June 2016, I filed for my taxes online and got a full refund deposited into my bank account a week after.

I had no reason to believe the next year would be any different.

I had lived abroad twice before, and each time thus far had been a “life-changing experience.” My time in Australia was far from enlightening, less than thrilling, and often filled with emotional isolation and loneliness, but at least I knew that I could take the money I earned and run with it. I found a high-paying job as a cleaner on a uranium mine and worked hard for three more months before leaving the country. I made AUD $16,730 before taxes, or around AUD $11,000 after taxes.

Then I started traveling and spending my earnings, holding onto the idea that as soon as my visa expired in February I could file for my taxes early and have $5,311 deposited into my bank account.

If only it were that simple. As soon as I mailed the required documents to the ATO, I opened up a confusing, bureaucratic mess.

After a few months of checking my bank account daily, I finally called the ATO. Did my forms get lost in the mail? According to the customer service representative I spoke to, I not only wasn’t getting back $5,311, but I actually owed $126. As it turns out, the Australian government hadn’t taxed me enough!

“This can’t be right,” I protested, confident I wasn’t mistaken.

“Yes,” he agreed, “I see that last year you got a full refund. You certainly should receive one this year.”

With his guidance, I printed and filled out an amendment to my tax return. Everything was okay, I told myself. I’d get my money back. I didn’t know what I would do if I didn’t. In a month, I had a dance exchange to Cuba that I’d booked nearly a year ago, and I was recently back in the U.S., unemployed.

A month later, I was asked to fill out another questionnaire relating to the amendment I submitted. A few days after that, I received another call from the ATO.

“You don’t qualify as a resident,” she said. Baffled, I couldn’t believe it was true; weren’t all backpackers considered ‘residents for tax purposes’? Without that status, I would be taxed at 32.5 percent.

“Is there really nothing I can do?” I begged her. “This seems completely unfair, is this the same policy with everyone?” She alluded to the new legislation that went into effect in January 2017, stating that all backpackers on working holiday visas be taxed a flat 15 percent. I assumed I somehow missed the cutoff and was an unlucky victim of a break in policy.

Fuming and distraught, I realized I was not only broke, but owed my parents—who had kindly agreed to loan me money until the “absolutely certain” tax refund came—thousands of dollars. I felt cheated, but was calmed by the idea that I wasn’t alone; this was happening to every backpacker on working holiday visas this year, not just me.

Then in July, I woke up to a text from a friend who had left Australia a few weeks earlier than I had. “Allison, I got my taxes back!!!!!” she wrote.

Charged with optimism—they must have really made a mistake!—I “re-opened” the case.

For a few weeks, I was back-and-forth with other backpackers, members of Australian Facebook groups, tax agents, even the ATO. As soon as one piece of information led me to a potential explanation, another only led to more disappointment. When one person said “Yes, you should get a full refund!” another said no. Nothing was clear, and everything seemed arbitrary.

Finally, doing the last thing that might work, I filed another complaint with the ATO and spoke to representatives.

The closest I got to a concrete answer was that yes, I was taxed correctly (apparently, I showed behavior of a foreigner, not a resident, despite believing that this visa granted backpackers resident status regardless of behavior), but most others weren’t because they filed at the end of the fiscal year. I filed early and therefore my application received more scrutiny. Others submitted in a time of high traffic, when little attention is given to detail.

Had I not been strapped for cash and needed to file early, and had I not spent money I didn’t have on the assumption that I’d get more money soon, right now I could have AUD $5,437 and a lot more financial stability.

I had grown up in a household that was adamant about good financial practices. I knew that one should never make decisions based on the assumption of future hypothetical income. But in my understanding, my tax return wasn’t a hypothetical income stream, it was a given.

It took several months of back and forth, financial distress, and feelings of stupidity for me to finally realize that even if you believe that money is certain to come in, you shouldn’t spend it until it’s actually in your bank account.

Also, sometimes waiting until the last minute to file your taxes is the right decision.

1. We Did Good, Billfold
2. Question Wednesday
3. What I Learned From Five Years of Writing and Editing for The Billfold
4. How a Program Assistant Dealing With a New Paycheck System Does Money
5. Classic Billfold: What I Wanted From My Move to Portland and What I Got
australiataxestravel