A Friday Chat About Hurricanes 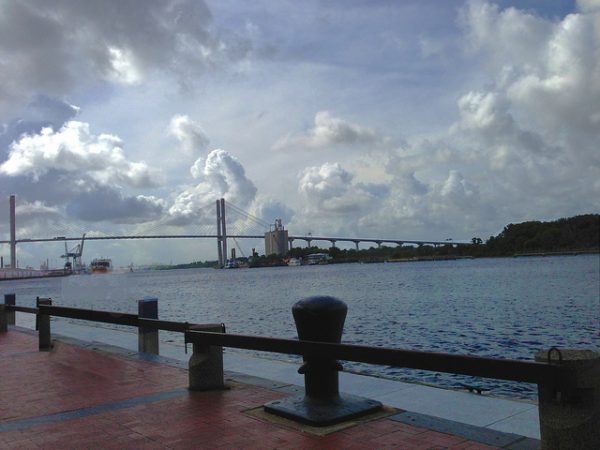 EMILYDOESTHINGS: FINALLY. How’s your week been?

NICOLE: It’s been well! I brought home a carton of eggs on Wednesday that were all frozen on the inside, so I was bummed out about that. But it’s a pretty small complaint in the larger scheme of things.

EMILYDOESTHINGS: Frozen eggs? That’s bizarre. I don’t think I’ve ever had that happen. Weirdest one was making banana bread and when I cracked the eggs they were both twins.

EMILYDOESTHINGS: Is that actually the name? I’ve never heard that!

NICOLE: I’m not sure if that’s actually the name… it’s something that Steven says in Steven Universe. 😀

EMILYDOESTHINGS: Aw, Steven Universe! I watched the first season and then… I don’t remember why I stopped, because it’s great!

NICOLE: How’s your week been?

EMILYDOESTHINGS: It’s been a weird one. The week has dragged but every day has flown by. I’m blaming the hurricane(s).

NICOLE: Tell me about the hurricane! I know you were in the area. (Are still in the area? Maybe?)

EMILYDOESTHINGS: Yep! I’m in Savannah. Compared to what could have happened, and the forecast late in the week, we were incredibly lucky. Matthew was barely Category 1 last year and the city didn’t do so hot, so a direct hit from a Category 3… I wasn’t sticking around. Especially since it’s my first hurricane experience and I really prefer running water, electricity, etc.

NICOLE: So did you evacuate?

EMILYDOESTHINGS: I did! I’m lucky enough that it was feasible financially and that I can work remotely. I actually manage two properties, and the other was well inland, so I turned it into a work trip.

NICOLE: I’m so glad that worked out for you. How much damage did Savannah end up taking?

EMILYDOESTHINGS: Not a lot. I think Matthew took down a lot of the compromised trees. Unfortunately some of the islands didn’t fare very well—there are parts of Tybee that are still without power—but the historic district was okay. Widespread power outages, and Comcast just… failed. For, like, the entire week. I don’t think my place lost power, to be honest—I had popsicles in the freezer that are still popsicle-shaped.

NICOLE: I remember when my family had to evacuate during the Great Flood of 1993, and we didn’t clear out everything that would rot if we lost power… and I’m being a little vague here because I’m referring to both a refrigerator and a fish tank. Um. Yeah, we were fish killers, no one realized we would be away from home for so long.

NICOLE: Oh the house smelled so bad when we came back.

EMILYDOESTHINGS: Oh I can only imagine. I’m grappling with how to meal plan for being gone weeks at a time and prevent coming back to a gross fridge right now. I was super impressed with your empty fridge pics. 😛

NICOLE: It’s a lot harder when you’re not planning, like, weeks in advance. How much advance notice did you have before you evacuated?

EMILYDOESTHINGS: Less than a week. I ate cereal for dinner for like…four days so I wouldn’t have to throw away a *full* half gallon of milk.

EMILYDOESTHINGS: I know! It feels like a lot more when you went grocery shopping 24 hours prior. We didn’t get the ~official~ orders until Thursday, but I made my decision on Monday or Tuesday.

NICOLE: Are you back now, or still in your other property?

EMILYDOESTHINGS: I’ve been back all week. I probably could have come back sooner, but once I committed to it as a work trip it made more sense to just stay the full week. There are still some places with windows boarded, but a lot of people went further than Atlanta because so many people left Florida and there were no hotel rooms left. My boss is based in Nashville and they were inundated with evacuees.

But overall, Savannah is A-OK. (Please come visit, it’s beautiful in October! My industry needs you!)

Want to be part of a future Billfold Friday Chat? Email nicole@thebillfold.com.

1. We Did Good, Billfold
2. Question Wednesday
3. What I Learned From Five Years of Writing and Editing for The Billfold
4. How a Program Assistant Dealing With a New Paycheck System Does Money
5. Classic Billfold: What I Wanted From My Move to Portland and What I Got
chatsFriday chathurricane irma