The Billfold
Trust the Market 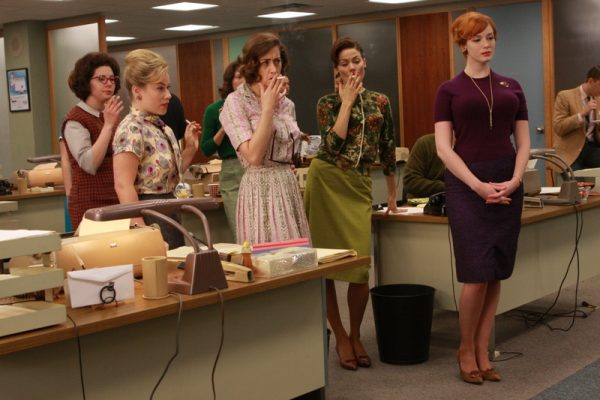 Not quite everything I know about the Cuban Missile Crisis came from Mad Men, but close enough.

If you’ve been going through your shower caddy and writing “shampoo” and “conditioner” on your bottles in huge letters—because only shampoo goes on your head after a post-nuclear-contamination shower, NEVER CONDITIONER—you might be relieved to learn that, at least according to Vanity Fair, we don’t have anything to worry about.

Despite modest declines, “thus far, the market response has been modest,” Dirk Willer, Citigroup’s head of emerging markets strategy said in a note to clients on Friday. According to Willer, that reflects the experience of investors “that geopolitical rhetoric can quieten as quickly as it escalates” and a conviction that “the true risk of military confrontation is minimal.”

Ah, investors. The very non-risk-taking individuals whom you want to trust in times like these.

Of course, Vanity Fair’s article is titled “How to Make Money off Our Coming Nuclear Apocalypse,” because money is going to be the one thing that we’ll all want after an apocalypse, not shampoo or food or anything.

Believe it or not, they’re proposing that we buy and hold, or maybe just hold if you don’t feel like buying:

[The Wall Street Journal’s Spencer Jakab] writes that “By one school of thought, the larger the potential conflagration, the smaller the market reaction should be. If the outcome is binary—a choice between nothing happening and a global thermonuclear conflict—then it makes no sense to sell stocks. That seemed to be the conclusion during the Cuban Missile Crisis, when the world came closer than ever to that possibility and the Dow fell less than 1 percent for the week.”

And nothing’s changed between 1962 and today—no hockey-stick charts showing the type of rampant income inequality that might have contributed to our current political situation—so we should behave in exactly the same way.

1. We Did Good, Billfold
2. Question Wednesday
3. What I Learned From Five Years of Writing and Editing for The Billfold
4. How a Program Assistant Dealing With a New Paycheck System Does Money
5. Classic Billfold: What I Wanted From My Move to Portland and What I Got
buy and holdgovernmentif you'd like fewer nuclear crisis stories I can avoid writing them just let me knowpoliticsstock-marketyou'll either earn money or the entire concept of money will disappear