How Nextdoor Saves Me—and My Neighbors—Money 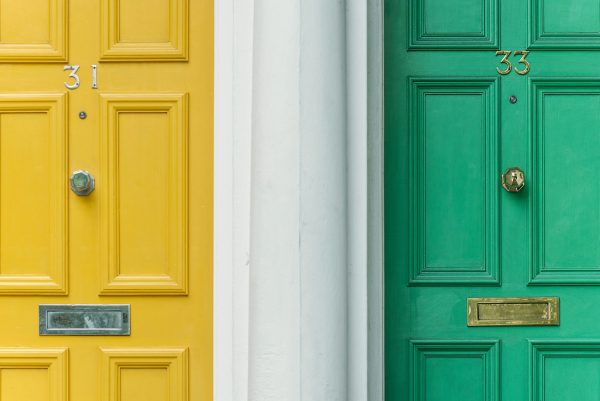 Photo by Christian Stahl on Unsplash.

You might have read The Awl’s takedown of the locality-based social network, Nextdoor:

My former neighbor Heather* exemplifies the worst of Nextdoor. She saw a Dodge Charger with tinted windows and rims parked on her street and posted several times over the course of a few days, with photos and video. “Suspicious Dodge Charger is here around again!!!” “I am getting angry because I don’t see a patrol neighbor drive around to check all of neighbors for their safety plus cop NEED to go his place to take him to jail for stalker often. (I gave him a tag number) there is nothing cop can do bc this suspicious didn’t break a law!”

The Nextdoor neighborhoods surrounding ours are riddled with similar posts: snotty comments on the behavior of other people’s children, and general mind-numbing requests to search for lost dogs or to help people with their plumbing and roofs. However, my Nextdoor neighborhood is different. I live in a strange mix between dense housing (our homes are five feet from each other) and rural mentality (the city population is less than 60,000). I see Nextdoor posts about break-ins and new trends in local crime, but other than some unnecessary speculation about whether the criminals were currently on drugs, it rarely gets ugly. I’ve seen more active neighborhoods fall to the divisive pettiness, but ours simply is too new and has too few members so far to get a ton of enthusiastic vitriol.

Nextdoor, for me, began when I joined our neighborhood in said small dense Midwestern city. Out of about 1,500 households in our neighborhood, only 100 people were signed up for Nextdoor, and when I signed up, I balked like a lot of other people might: Sharing where I lived? Proving where I lived? It felt intrusive. Still, as I’ve written before, I’m pretty committed to the whole “knowing your neighbors” thing, and I wanted to practice what I was preaching.

There are a few things that Nextdoor has going for it. It is much more like a bulletin board than the no-holds-barred frenzy of Facebook and Tumblr. I don’t run across a lot of gifs, political rants, or unnecessary narration of daily life. I like that Nextdoor’s clean interface and specific goals set boundaries around what users tend to post.

Nextdoor also has Neighborhood Leads, who are kind of like online RAs. I ended up becoming a Lead after befriending another Lead in real life, and all we really do is try to spin things back to a positive place or report posts that are clearly defamatory or blatant advertising. It means that our site is pretty quiet, which makes fewer people tire of receiving digest emails.

I also like that Nextdoor feels a tiny bit cozier than Craigslist, when it comes to buying, selling, or giving things away. Very few people list things to sell on Nextdoor, but a decent amount of free stuff comes up, and it’s easier to arrange pick-ups and drop-offs when everyone is less than a quarter-mile from each other. We got rid of a futon that I bet no one on Craigslist would have driven a mile for, and a friend got a free queen-sized mattress and box spring right after they’d spent all their house budget on improvements to their fixer-upper and couldn’t spare any cash to furnish the spare bedroom.

I’ve noticed that Nextdoor seems to inspire people to use their skills for civic good. Local babysitters who watch kids in their own homes can offer a good rate to someone who is likely to be a good customer because being close by makes them less likely to be late at pick-up and drop-off—and because the babysitter and the parents all see each other in the neighborhood, they’re more likely to treat each other with the respect and courtesy that comes with getting to know someone as a neighbor.

My favorite Nextdoor find was a local arborist who was disturbed by some dangerous dead trees in our neighborhood; he traveled all over the country for work, but on the side he was willing to offer his services for a cut rate just to help neighbors, build local business, and make the neighborhood more beautiful. We got $200 off the quote for a dead tree in our front yard, and he did a great, quick job.

Here’s another Nextdoor success story: the wooded area behind the middle school in our neighborhood has gone into disrepair, but it used to have trails, nature walks, and even an informal science center for local youth. Two local moms have made it their passion to bring back the nature area and to find grant funding to rebuild the science center. It takes a lot of hands picking up trash to get an area that large back into shape, and recruiting on Nextdoor got them 20 volunteers for their first official clean-up day.

From my experience, you can make Nextdoor into the place you want it to be—especially if you’re in a neighborhood that isn’t oversaturated with members. Certainly there are many neighborhoods where misuse has created a culture of useless messages or self-promotion, but with just one or two Leads who are willing to report inappropriate messages and explain why they won’t fly to the person who wrote them, you can start to make the space useful.

We’ve seen some promising numbers: membership in our Nextdoor neighborhood has increased from 100 to 300 as a small core group of neighbors have created newsletters, hosted trash pick-up Saturdays, and thrown picnics and parties, trying to engage anyone who wants the neighborhood to be a bit more connected. So far, this membership growth hasn’t led to a sharp increase in negativity or exaggeration of crime in the neighborhood.

I guess I’m a bit of a Nextdoor optimist, despite believing that one has to want to know their neighbors to actually get to know them, with or without a social network. As we keep encouraging people to post positive updates, information about free events, and requests for neighborly assistance, our Nextdoor neighborhood has gone from negative to at least neutral. I’d call our Nextdoor page kind of boring, but worth receiving a daily or weekly digest email about—and if you actually read those emails, they might help you save a little money.

Laura Marie is a writer and teacher in Ohio. She blogs about family recipes, among other things, at Recipe in a Bottle.

1. We Did Good, Billfold
2. Question Wednesday
3. What I Learned From Five Years of Writing and Editing for The Billfold
4. How a Program Assistant Dealing With a New Paycheck System Does Money
5. Classic Billfold: What I Wanted From My Move to Portland and What I Got
money and relationshipsneighborsnextdoor