I Grew Up Privileged 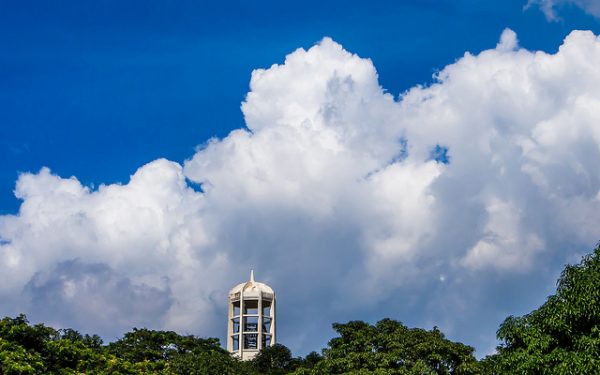 Privilege wasn’t a word I used much until a few years ago, when I was with my now ex-boyfriend; any hint of privilege — real or imagined — enraged him. He grew up in a neighborhood where crack, gun, and domestic violence were prevalent. He detested that I grew up with cars, maids, and private schools. What’s worse, he said, is how I pretended to be poor when I wasn’t. My chef whites and construction boots didn’t obscure my perfect “privileged teeth,” my acquaintance with Latin phrases, and my family’s affluence.

I come from blue-collar folk. My dad lived on a farm in the Philippines and left to go to maritime college at 17. At the time, he only needed a two-year degree to get a job in maritime engineering, so he was off to the seas before he was 20. I loved telling the story of how my dad — barely a man — went to the city for the first time to make something of himself. He wanted to be a lawyer but there was no time or money for law school. Like everyone before him, he started his maritime career at the boiler room.

My father had prodigious hair, fuller than Erik Estrada’s, but his tenure at the boiler room cooked his scalp and deteriorated his follicles. He lost 80 percent of his hair in the first half of his career. In 1987, when he was 36 years old, he became Chief Engineer. That job paid him the most money he’d ever made, and set him up to continue earning more until he retired.

My mom went to midwifery school and worked for three years until she got married. She used to fill the occupation line in official documents with the word “housewife.” My grandmother worked multiple jobs to send her to boarding schools where she fraternized with moneyed scions. In my family, fortunes were spent on good schools with the hope that it would move us up the socioeconomic ladder or, at the very least, help the daughters marry well.

My parents did move up the ladder, and my childhood home screeched “new money.” In the 17 years we lived there, my mom remodeled it three times, more opulent with each renovation. The house had six bedrooms, three bathrooms, two eat-in kitchens, one main dining room, a two car garage, and a rooftop deck — its visage was impressive and our initials were emblazoned on the gates.

We lived in a mixed-class neighborhood. Some of the residents were well-off and some lived in makeshift housing. We weren’t quarantined with fellow upper-middle-class people so we didn’t get too complacent about luck and money. Poverty was everywhere, from homeless kids clamoring for food, decaying neighborhood public schools, and street vendors weathered by destitution.

When I was in high school, the economy collapsed and the exchange rate rose to 82 pesos to the dollar. There was an editorial cartoon in one of the country’s major newspapers, The Philippine Daily Inquirer, that signified that perilous time: the peso sign falling from the sky and landing in the middle of a ramshackle house, terrifying and narrowly amputating the residents. My dad’s salary was paid out in U.S. dollars and, with the exchange rate and the devaluation of the peso, my family enjoyed the best financial years of our lives.

My family didn’t talk about politics, books, plays, and the news at the dinner table; the only current events we discussed were gossip and rumors. We shopped at SM — the solidly middle class mall — not at Robinson’s or any of the upscale options. I’ve never even been to Powerbooks, the fashionable mecca of books; only to National’s, the discount chain that sold more notebooks than books. That meant, when I arrived at college, my reading history was juvenile compared to my fellow English majors.

Still, I got into an Ivy, like my two brothers before me. In the Philippines, if you don’t get into one of the four Ivies you are shit-outta-luck in the job market — try competing with a billion newly-grads for twelve okay-paying jobs with your degree from a no-name university. Only one of the Ivies, the University of the Philippines, was affordable. It was also the toughest Ivy to get into. My brothers got into two of the most-expensive Ivies, and since I was third in line to go to college in four years, money got tight quick and I was forced to go to the second-cheapest Ivy.

In college, I quickly realized that no matter how much money my dad made, someone else made more. More importantly, their names meant something to someone, but our name meant nothing to everyone. Some of the kids I went to college with were kin of esteemed writers, and professors mounted them in publications and writing programs sans the vetting process; I had to apply, audition, and interview. Other classmates had gone to exclusive high schools, unlike the no-name private school my siblings and I attended. I could tell from their demeanor that they were a few rungs above me on the privileged ladder. I took public transportation to university, while many of them arrived via chauffeur. I imagined my brothers had it worse, since they attended universities where celebrities, political and entrepreneurial scions circulated in their midst.

Last month, I heard my dad talk about my cousin who’s on track to become Chief Engineer himself; he’ll make $9,000+ a month once he gets the promotion. This was the first time I learned how much money my dad made. In 2016, the average annual salary in the Philippines is $7,068, so his monthly salary was more than what some people made in a year.

My ex-boyfriend said that with my privilege I could have been an executive. Instead, he told me, I was a “nobody.” Because he never had it, he thought privilege was the only thing I ever needed to be somebody. I have privilege, but I’m still a minority/an immigrant/useless in STEM, and I was financially cut off at 17. Besides, my parents never talked about careers, interviews, and connections; neither of them taught me about wealth and investments. Everything I learned about personal finance, I learned from books and the internet. I can’t reasonably glean career advice from my mom, considering she opted out of the workforce at 24. My dad was reserved and I dare anyone draw him out of his mental seclusion to ask for mentorship. What was the point of growing up with money, I sometimes asked myself, if we weren’t taught how to acquire and grow any of it?

If I become destitute in America, I have residences to choose from in the South Pacific. It’s bizarre and also reassuring that I have a womb of wealth I can enter and leave at will. I suppose that’s one of the true definitions of privilege: my life raft is grander than what most people can imagine. I haven’t been back home in a decade and the last time I visited, my mom hired a woman to cook, wash our clothes, and clean up after us, just like in my childhood — but the guilt of it!

I’ve done nothing to earn my privilege and yet I have it. I always wondered if I would be smugger if my family’s money was white collar — if my dad’s life and livelihood wasn’t endangered by pirates and Poseidon — and if I hadn’t grown up looking out of the windows of my affluence into other people’s poverty. But this is how I reconcile my privilege: I can’t choose not to be privileged, but I can always choose to be kind.

This post is part of the Billfold Book Club’s discussion of The Perils of “Privilege”.

1. We Did Good, Billfold
2. Question Wednesday
3. What I Learned From Five Years of Writing and Editing for The Billfold
4. How a Program Assistant Dealing With a New Paycheck System Does Money
5. Classic Billfold: What I Wanted From My Move to Portland and What I Got
familymoneyphilippinesprivilegewealth