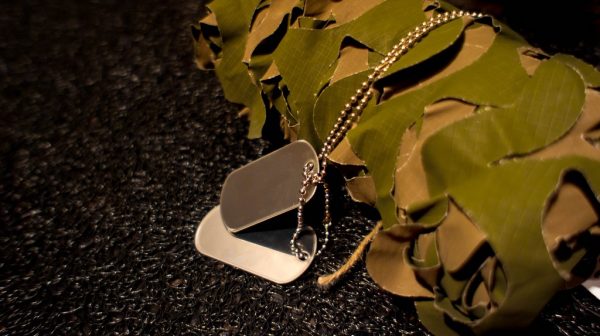 Before I started interning for a career website that has dozens of articles about the intricacies of asking for a raise and negotiating salaries, I never really gave much thought to the fascinating idea of pay transparency.

I spent the last five years as an officer in the U.S. Army, and prior to that, working minimum wage jobs. In each of those realms, you know exactly what your comrades earn. I never experienced the friction and mystery that comes along with not knowing, with any certainty, if a coworker makes more than you or whether one company pays more, or less, for the same position.

From working at Dunkin’ Donuts for $7.25 an hour, Agganis Arena in Boston (a whole $10 and hour to move furniture), to a slew of other jobs ranging from $5.35 (New York state’s minimum wage when I started working at age 14) to finally topping out at around $15.00 as a camp counselor, I was on equal footing with my coworkers. In each of those jobs, we all made exactly the same wage.

Then, I left school and commissioned into the army. In the military, you can find out exactly how much anyone makes with federal pay charts that date back to 1949. (And if you’re curious what the lowliest rank, a private, made back then, it was $80 a month — imagine that!)

All you need to know is a person’s rank, which is displayed proudly on the chest, hat, and ID card, and how long he or she served; with that, you can find out exactly how much he or she earns in a month. It’s amazing. With that transparency, no one really cares.

Of course you care when you want to make more money, but you don’t have to wonder if your counterparts (in my case, almost always male) make more than you — the answer is no, you make exactly the same amount. That small fact feels very satisfying: You’re being paid for the same position (but not always the same duties), and there’s no covert whispering at the water cooler trying to find out who’s paid unfairly. And then, you immediately stop caring about pay for a while, and get back to work.

Rank, while earned through promotions, is attached to regular timelines in the army (for me, 18 months to first lieutenant, four years to captain), so unless you have an awful annual evaluation or an arrest (drunk driving records are somewhat common) in your past, you’ll usually make the next rank, which means a pay bump. There are no strategic negotiations for raises, nor any of that anxiety that comes along with approaching a boss to even have those conversations. In the military, it’s an email or an organization-wide human resource site where you find out if you made the next rank.

I never realized that I’d miss something as banal as those damn pay charts. And also a form called a “Leave and Earnings Statement,” known as an LES.

Depending on your unit, you could be required to print it out and submit it monthly for your commander or first sergeant to review. An LES is a pay monthly stub that includes things such as allotments for divorcees paying child support, or regular debt, leave accrual (AKA vacation days), and a number of other bits of useful information. We left those pieces of paper everywhere, and every level of supervisor usually had a stack to look through (which now seems like a gross violation of privacy in any other realm than the military). I found out many things about my soldiers through verifying their pay, and it was a fascinating look into financial backgrounds.

Now that I’ve rejoined the civilian world, where everything is private, I see why companies such as Glassdoor and Payscale are so popular. These sites try to take something secretive, yet so important for pay equality and bargaining power, and help expose salaries for general use.

Among the many things I feel nostalgia for, I’d have never guessed it’d include federally mandated pay charts and pay stubs. How boring, yet important.

Nina Semczuk writes, eats, and daydreams about living in a cabin in the mountains. Until that becomes reality, she lives in Brooklyn, NY with her husband, a fellow Army veteran.

1. We Did Good, Billfold
2. Question Wednesday
3. What I Learned From Five Years of Writing and Editing for The Billfold
4. How a Program Assistant Dealing With a New Paycheck System Does Money
5. Classic Billfold: What I Wanted From My Move to Portland and What I Got
armyminimum-wagesalary