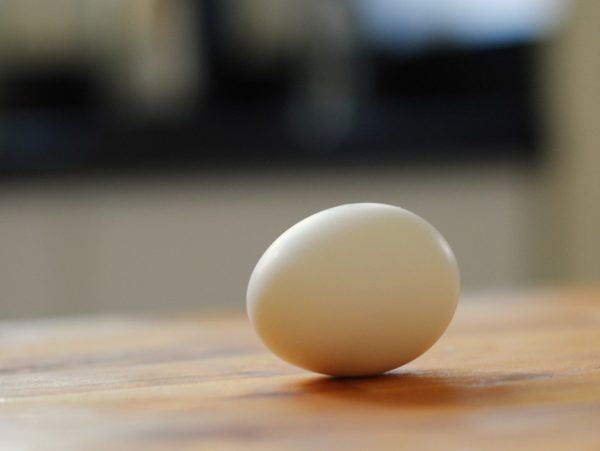 When I moved into a studio apartment on the Upper West Side in Manhattan, my first time living roommate-free, the only imperfect thing about the arrangement was that it was a five-story walk-up (well, that and the wall between me and my neighbor was so thin that I could hear them having sex and watching long marathons of The Office — I still can’t hear the theme song without having flashbacks). I was working seven days a week between my full-time office job and part-time retail gig, and sometimes climbing those steps was brutal, especially after a thirteen-hour work day.

At the same time, living on my own meant that I had to cut costs to make up for higher rent, so I tried my best to avoid eating out. As a result, I made a compromise with myself: if I didn’t go to restaurants, I could start ordering groceries to be delivered to my apartment. This meant I didn’t have to spend an extra hour or two a week going grocery shopping on top of my work schedule and, more importantly, that I didn’t have to worry about lugging my groceries home and up those stairs.

I no longer work seven days a week or live in that studio apartment, but I still occasionally dabble with grocery delivery. In my current Brooklyn neighborhood, there aren’t any major grocery stores within walking distance. I’ve gotten burned by some of the local bodegas, from meats with weird smells once I opened the package to expired dairy items. When I can, I brave long lines and crowded aisles at Trader Joe’s on my way home, but those runs can be time-consuming and stressful, especially with a long commute afterwards.

Getting groceries delivered is a wonderful luxury, but it can also get expensive. There are also other factors to consider, like delivery fees and minimums, packaging of goods, availability of desirable delivery windows, and customer service. Here’s a rundown of the three delivery services I’ve tried, and how they compare:

When I lived in the studio apartment, I used FreshDirect exclusively. I collected so many boxes from them that when I moved, I could pack almost everything I had exclusively in FreshDirect-branded containers. I thought their customer service was superb — if I ever had an issue with any of their products, like if they delivered spoiled produce or broken eggs, they would give me a refund with no questions asked. Once, when I ordered a box of frozen macarons ($9 on sale) and found a hair on one of them, they not only refunded the cost but also notified the company, which then had a manager hand-deliver a box of macarons to my work — it was one of the best customer service experiences I’ve ever had. Also, every guy who carried my orders up to my five-floor walk-up was kind, punctual, and never complained.

The problem with FreshDirect was that things could get quite pricey. I would often order from their President’s Picks section, which was basically the sale section where they would shave a dollar or two off a selection of meats, veggies, and other products. Things that weren’t on sale, however, tended to be more expensive—particularly meat. Ground beef was, at minimum, about $5.50/lb regular price. Boneless/skinless chicken also tended to be at least $6.00/lb. When not on sale, produce tended to be at least a dollar more than I could get at the bodega. Their lowest priced eggs, though cage-free, were around $3.50.

FreshDirect offers free delivery days quite frequently, but if you’re ordering groceries regularly, the free delivery days don’t come around often enough to completely cover your orders. One delivery is $6.99 and requires a $40 minimum. You can also get a six-month pass for $80, lowering your delivery fee to a little over $13/month. If you order at least twice a month, it’s already worth it.

FreshDirect’s delivery windows are two hours in length and run throughout the day, from 6 a.m. to 11:30 at night. This was helpful, as sometimes I could have my groceries delivered before I went in to the office. It’s almost impossible to get a window for same-day or even next-day delivery, though, so I advise placing orders well ahead of time.

I thought I was off the food delivery train when I moved to Brooklyn, but one week when I really needed a case of water to be delivered to me, a feat that seemed impossible without a car, I decided to try Peapod. They had an offer where they gave me 60 days of free delivery with my first order, so I figured I had nothing to lose. The prices on the website were pretty cheap. A case of Stop & Shop bottled water was only about $4 for a 35-pack. Ground beef was as cheap as $3.50/lb, and boneless, skinless chicken breasts were also about $3.69/lb. if I bought a family pack. A carton of eggs could be found for less than $2. Delivery minimum was also $40.

What I realized, however, was that lower prices came with worse customer service. Peapod also offered two hour delivery windows from 6 a.m. to 10 p.m., but no matter when I scheduled a delivery, they were always late. I hadn’t realized that the trucks come in from Jersey to make the deliveries and often get stopped in traffic, or at least that’s what customer service told me when I complained about the constantly late delivery times. While I understood that this was an issue, I also felt like it completely undermined the purpose of having delivery windows.

One particularly bad incident came when my delivery was already running an hour and a half late. I had been waiting for the groceries to come in so I could get that night’s dinner started, and to add insult to hunger, when the box arrived it turned out that they didn’t include the one thing I was going to make for dinner that night. Peapod had run out of stock but not warned me ahead of time.

I was so put off by the experience that I didn’t bother to continue ordering from them—and no, I hadn’t even made it out of the 60-day free delivery period yet.

I know Amazon is a behemoth that seems to be taking over just about every type of retail imaginable, but I can’t fault them on their customer service. I had a Christmas party coming up, and I figured ordering groceries would be the easiest way to get all my supplies. I had a free trial of Amazon Fresh, and when I decided to peruse the prices, I was pleasantly surprised. I could get ground beef at about $3.33/lb. and chicken at about $4/lb, which was about the same as Peapod. Eggs were a little pricey at $2.50, but definitely less expensive than FreshDirect. Amazon also has a sale page called Fresh Deals, and some of the prices were steals. At one point, I got a half gallon of cashew milk for about $2.00, and the joy I got from that was comparable to someone finding a brand new designer dress at a thrift store.

When I placed my first order for the Christmas party, they actually ended up somehow losing a third of our order. It didn’t come with the original delivery, and when I called customer service, they didn’t know where it might’ve gone to (it was packed separately, apparently). While it was annoying to place another order, the woman was very understanding on the phone and not only instantly refunded me for that part of the order but also gave me, like, $40 worth of credit to put towards my next order.

I did end up ordering from Amazon Fresh again and everything was delivered on time and with the whole order in tow. Amazon Fresh has very responsive customer service, and I can sometimes find a delivery window the next day. Delivery windows are in two-hour increments from 8 a.m. to 10 p.m., but you also have the option to let them leave your groceries at your door, since the items are packed in coolers (your delivery guy will even let you keep the coolers if you want them). I liked the service so much that I now pay for delivery, which is $15/month with a $40 delivery minimum as a Prime member — more expensive than FreshDirect, but I feel like I get more for my buck. Also, if I order once a week, then the delivery fee per order only comes out to about $3.75, which is manageable.

Amazon Fresh does have its shortcomings, though. I almost always get a few broken eggs in every carton, which is a total bummer. I fully intend to just start buying eggs separately, but it’s a little annoying to have to do, considering I’m paying for delivery because I want the convenience. Also, while some food items are priced extremely well, they also have a tendency to sell out. They come back in stock eventually, but that could mean that you have to choose between not ordering meat or rice for the week or paying for a more expensive brand.

Kimberly Lew’s last grocery order included two packets of falafel mix, half a pound of sliced smoked gouda, and a spaghetti squash. The eggs, as mentioned above, arrived broken. www.kimberlylew.com

1. We Did Good, Billfold
2. Question Wednesday
3. What I Learned From Five Years of Writing and Editing for The Billfold
4. How a Program Assistant Dealing With a New Paycheck System Does Money
5. Classic Billfold: What I Wanted From My Move to Portland and What I Got
deliveryfoodgroceriesmoneystartup