What Cancer Can Cost (Even With Insurance) 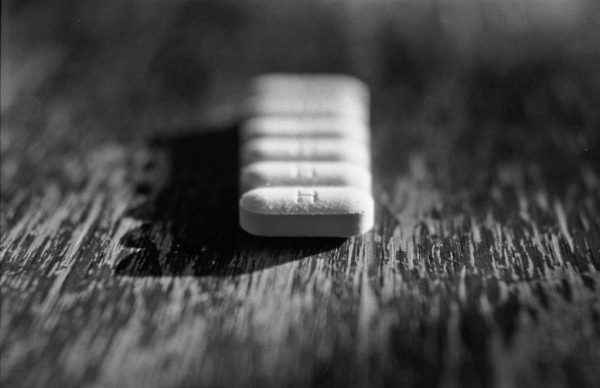 Money was one thing I didn’t worry about when my husband Brad, now 46, asked me if he should get a doctor to check out the weird lumps on his jaw. Don’t get me wrong; I was scared. Those lumps, plus his dramatic weight loss and weird night sweats, sounded to both me and Dr. Google like cancer. But we were financially secure, with savings and good insurance through his job as a university professor. My fears centered on the emotional costs of cancer: the strain on our family, how to tell our two young daughters, the possibility of widowhood.

I was naive about not just how grueling his cancer treatment would be (short answer: very), but also how expensive. Brad’s diagnosis of a rare T-cell lymphoma came in February 2015. The rest of the year was a roller coaster of second opinions, hospitalization, chemotherapy, and relapse. The latter left him only one option: a stem cell transplant (a risky procedure formerly known as a bone marrow transplant), which he underwent in January 2016. His hospital bills skyrocketed into the millions, but insurance covered those; we even had a special liaison at our insurance company who fought for extra coverage for Brad. Our out-of-pocket costs last year were small compared to the bills, but nevertheless mounted into the tens of thousands.

The costs climbed so high because the stem cell transplant saved Brad’s life but nearly killed him first. He came home from the hospital in May blind, immune suppressed, on IV medications, and debilitated from four months in bed. His doctors said he needed someone with him 24 hours a day, and with two children who have to go places, like school, I couldn’t be that person. Insurance won’t cover in-home attendants (though it did cover brief nurse visits for once-a-week skilled tasks like blood draws), so we paid home health attendants for more than two months, until Brad could safely navigate stairs or take a shower unattended. The total cost was $21,807.50.

When Brad left the hospital, the pharmacist handed over a grocery sack of more than 30 medications and a bewildering spreadsheet guide to administering them. Over the year, prescription copays cost $2,013.06. Copays for doctor and dentist visits (including our whole family) came to to $3,146.10. Our monthly insurance premiums were $252.11. (His employer pays much more: $1,727 per month for health insurance alone.)

In the fall, a new cancer interrupted Brad’s recovery. The powerful immune suppressants he took post-transplant caused a different aggressive lymphoma. His oncologist recommended treatment at a clinical trial in New York; we live in California. We bought flights last-minute, in December, and Brad had to stay near a hospital on the Upper East Side, an area where lodging isn’t exactly a bargain. Travel and lodging cost another $9,798.74.

We also incurred miscellaneous expenses like retrofitting our bathroom to accommodate his handicaps ($336), special nutritional supplements ($92 per case, several times), and parking at the hospital ($99 per month). All told, our out-of-pocket medical expenses in 2016 added up to $43,565.82 — more than my annual salary in any of my first three professional jobs. That figure leaves out indirect costs: hiring extra babysitters, helping pay for lodging for his parents (who came from Canada to help), and grocery delivery and laundry service because I was so overextended.

Recently, some friends have asked with concern how the hell we are managing. Brad is a professor, and I am a freelance writer, though I haven’t had time to work much in the past two years. We do have a hidden income source: some family investments I inherited after my mother’s death. Brad’s benefits are generous, and he has received his full pay (his annual salary is $80,000) for nearly two years, thanks to a great deal of accrued sick leave and catastrophic leave donations from his colleagues.

Now, however, he has run out of leave, and he is still too ill to return to work. His university offers early disability retirement with a modest pension, which allows him to retain our health insurance. He also now receives Social Security disability benefits ($1,813 per month), and our daughters receive a child benefit ($453 per month, per child).

Our share of all those billed costs for my husband’s four-month-long hospitalization was a cool $0. Of course, our insurer paid only a fraction of those figures. Negotiated discount rates for big carriers shift high costs onto the uninsured and marginally insured, bankrupting them in droves. Had we not had insurance, all those bills would have come straight to us, and even liquidating all our assets would not have begun to cover them.

Before the stem cell transplant, I feared that the costs Brad had already incurred might put him close to a lifetime limit on coverage. I frantically pored over our insurance policy, wondering if we should be equally frantically saving more. Like many Americans, I was at the time unaware that the Affordable Care Act — now under threat of repeal — had banned such coverage caps, as one of the protections it extended to people with employer-provided insurance plans. Before the ACA’s passage, close to 60 percent of such plans had coverage caps — many as low as $2 million in lifetime costs. Imagine having a premature baby who exceeds her lifetime-coverage quota before ever leaving the NICU, or undergoing grueling cancer treatment for years and surviving, only to be denied coverage when the insurer has spent what it deems enough.

Politicians aiming to repeal the ACA speak of personal responsibility, saying Americans should save more for health-care costs. But personal responsibility alone is insufficient for such devastating diseases as cancer. The idea that most Americans could fund a health savings account — as suggested by those who would repeal the ACA — enough to cover even a minor medical emergency, let alone an ongoing health crisis or chronic illness, is cruelly nonsensical.

Out-of-pocket costs gave my husband’s and my personal responsibility an expensive workout in 2016. We are extraordinarily fortunate that we could sort of afford it. We felt the pinch but kept our house, and — unlike some of our friends who have endured cancer treatment — we didn’t have to declare bankruptcy. Unlike many whom ACA repeal threatens, we can keep our insurance, and for that we are thankful. Brad is currently in remission, recovering slowly at home from his long ordeal, and our expenses so far this year are lighter. But if we’ve learned anything from my husband’s long illness, it is that cancer is unpredictable — and so are medical expenses.

Kate Washington, a writer in Northern California, is at work on a book about caregiving, cancer, and literature. Follow her on Twitter: @washingtonkate

1. We Did Good, Billfold
2. Question Wednesday
3. What I Learned From Five Years of Writing and Editing for The Billfold
4. How a Program Assistant Dealing With a New Paycheck System Does Money
5. Classic Billfold: What I Wanted From My Move to Portland and What I Got
cancerhealthhealthcareinsurancemoney