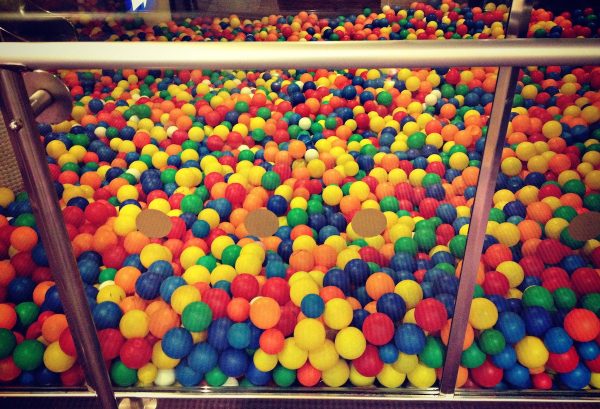 I have a theory that the easiest litmus test for privilege is how much contact someone’s had with poop that isn’t their own. Shit: the great social divide. I’m not talking about cleaning up your child’s or pet’s leavings. You love them. It’s different. I’m referring to the clear-cut capitalist exchange of cash for cleaning up. I’ve found that as I rise unsteadily through the social stratosphere, the amount of crap I have to deal with in my jobs has sunk proportionally.

I will begin in the summer of 2010, when I began a job that involved hundreds of cleanups at an educational farm. I cleaned up pony, cow, goat, rabbit, alpaca, llama, sheep, pig, donkey, miniature horse, standard horse, goose, duck, and chicken shit. The barn was a veritable cornucopia of poo.

Animals are fairly unabashed about their bodily functions. I had ponies unload in my face, chickens shit on my hands, and baby goats drop pellets in my lap. I soon became inured to the smells and realities of the barnyard. Eventually, I even developed a ranking system.

At the top was horse manure. It’s so sought after as fertilizer that we had a 10-foot pile of it that gardeners and local farmers would be able to use for free. Whenever I came into work, I walked past this enormous monument to equine bowels. I got used to it. Nowadays, whenever I catch a whiff of manure while walking through Home Depot, I’m pleasantly transported to the sunny summer days on the farm.

In the middle of the pyramid of poo were the rest of the four-legged grass eaters, like cows and goats. Their waste was less nutritious for the soil than horse manure, but equally unoffensive.

At the bottom was chicken shit. What an ungodly smell. This slime smeared everywhere, and I remain convinced that the chickens would poop on me as vengeance for taking their eggs (other forms of revenge including dive-bombing my face, pecking at my ankles, and being general nuisances).

However, the worst poop episode on the farm came from a human culprit. Human waste is just too … intimate — a whole ‘nother ball game. I would rather shovel cow patties for hours than deal with it. During my first week, the boss pulled me aside for my initiation.

“Rachel, I’m going to show you how to clean the ball pit,” he said. I groaned. The ball pit was the main attraction inside an old barn redone to be an indoor playground. I had romped about here in my childhood, and the balls had not been replaced in the intervening decade. The cheerfully colored spheres were always drenched in sweat and whatever the kids had picked up on the farm. The pit was a petri dish and permanently smelled like the essence of sock.

The ball pits were cleaned using a “Hi-Genie.” This machine was a squat grey tank, decorated with a cartoon picture of Jasmine rubbing a lamp with a wisp of a blue emerging from it (they really embraced the genie theme). Out of either end were 15-foot long flexible tubes: one would suction the balls into the tank, and the other would spit them out into a waiting mesh laundry bag, where they would dry.

Eric showed me the ropes (Fill with soapy water. Press a button.) and as he was walking away he said:

“Just so ya know, there’s a floater in there.”

“I mean I saw a two-year-old boy take a shit in there.” And with a good-luck grin, he walked out.

I began to make my way through the hundreds of balls, trying to staunch my increasing sense of dread. I was squatting on the rubber floor of the ballpit, drenched in sweat and about to pass out from sock fumes, when I saw it: a ball marked with some very distinctive streaks. I gingerly maneuvered the tube toward it, and noticed with horror a growing brethren of shit-streaked balls. I don’t know if this kid had stomach issues or if the transitive powers of toddler poop are greater than previously imagined, but there were a lot of casualties. Through gritted teeth I muttered furiously, “I. Do. Not. Get. Paid. Enough. For. This.”

This was the beginning of my adventures in excrement, but, alas, it was not the end.

A few years later, I was still working at the farm during my summers, but I had added a lifeguarding gig as well. I was moving on up.

Lifeguarding is one of the few jobs where human feces are joyfully anticipated. If a kid had an “accident” (I have my suspicions that one incident was an “on purpose.”), we got to order everyone out of the pool, play a fun game of go-fish, and take a break. If we were lucky, everyone would leave as we waited for the chemicals in the water to reach their appropriate levels. Because the poop was cleaned from afar with a pool skimmer, it was much less traumatizing than the ball pit cleanup.

Usually the culprits hung out in the baby pool, and I was on duty for several episodes. They all began the same way, with a mass of four-year-olds high-kicking it out of the shallow pool while screaming.

I would nonchalantly ask what was wrong, unconcerned as this reaction could be caused by a floating bug, a twig, or if they got really excited about a pool noodle.

“Ms. Rachel! Somebody did it! There’s poo everywhere!”

Thankfully, it was usually not, “everywhere”, except once with a kid who was sick. Poor guy. But that was basically a day of sunbathing for pay while we adjusted the chemical levels, so there were pros and cons.

However, I did not want to be a career lifeguard or a minimum wage farmhand forever. I took a step toward white-collar work and graduated college. Alas, my degree did not prove to be the shit shield I was promised.

After the commencement ceremonies, I briefly entered the world of childcare. The education I had begun at the farm was now continued in-depth. To protect the children involved, I will say only this: There was a lot of it, and it comes in all the colors of the rainbow.

Currently, I find myself working at a property management company. As a receptionist and accounts payable assistant who works in a swanky office, my position affords me a little more respect than previous jobs. As I settled into the job, I remember thinking that my days of shit were over.

I soon received a call about “projectile diarrhea” over the entry door to one of the buildings the company manages. What? Why? And — most importantly — how? But this time, I had a newfound privilege: I didn’t have to clean it up. One call to maintenance was the extent of my responsibilities.

This ability to delegate has been a godsend the past fews weeks, as a fresh hell has emerged. An individual I have dubbed the “Mystery Pooper” terrorizes my office. They steal to the parking lot of the building, and stealthily take a shit in the same spot every night.

After a week of this, the porter came to me to report it.

“Yes, ah, sooo … someone keeps going to the bathroom in the parking lot every day.”

My response was shocked silence. She continued.

“I try to clean it up, and I get the toilet paper but I can’t get everything…”

“What? There’s toilet paper? No, wait, that’s not important. Why didn’t you tell me sooner?!” I asked.

“I thought it would stop!” she said.

There are so many questions. Who uses toilet paper to shit outside? Is it a disgruntled employee? An unusually large raccoon who wipes? A sleepwalker? Weeks later, the Mystery Pooper has not been caught and continues their reign of terror unabated.

There’s not a lot of life purpose or moral virtue found in cleaning up shit for money. Humility, maybe? It’s smelly sticky foul work. However, shit is an easy measuring stick with which to judge my career by. I ask myself periodically, “Have you cleaned up another human’s waste this month?”

Rachel is a freelance writer living in the unexpected paradise of Birmingham, Alabama. She is frantically attempting to keep her basil plant alive.

1. We Did Good, Billfold
2. Question Wednesday
3. What I Learned From Five Years of Writing and Editing for The Billfold
4. How a Program Assistant Dealing With a New Paycheck System Does Money
5. Classic Billfold: What I Wanted From My Move to Portland and What I Got
dealing-with-shiteditors-pickjobs