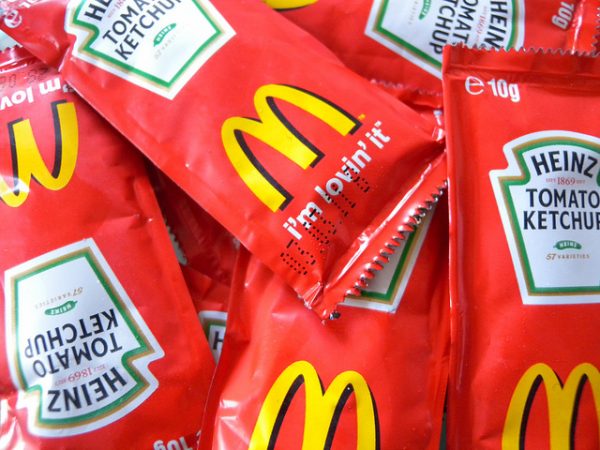 The fries, which appeared to be from McDonald’s, given the accompanying ketchup packets, were transferred into White House-branded cups, making it hard to determine how many there were at the outset. (In his taped remarks, above, Trump only revealed that there were “many, many fries.”) We figured an estimate of 200 large fries was about right.

CNBC: Costco is selling a $90 tub of mac-and-cheese that weighs 27 pounds and lasts 20 years

The Chef’s Banquet Macaroni & Cheese, listed under Emergency Kits & Supplies, offers 180 servings in separate pouches of elbow pasta and cheddar cheese sauce. That comes out to two servings per dollar.

You begin to understand some of the animosity directed at Amazon around its impending move to Queens, for example, when you see how much money is actually required to live there already, before housing prices are destined to be driven up even further by the company’s expansion. A single parent with two school-age children, for example would need to make nearly $69,427 a year, according to City Harvest’s Self-Sufficiency calculator. That amounts to an hourly wage of just under $33.

The Washington Post: ‘As long as it takes’: Los Angeles teachers go on strike in nation’s second-largest system

The union is demanding that the school system invest in reducing class sizes and hiring more support staff. Many schools have nurses only one day a week, and counselors are overburdened with students. The union, which also seeks a 6.5 percent pay raise, hopes those investments will prevent families from leaving comprehensive public schools for the city’s robust charter school network, taking state funding with them. Average class size hovers above 32 students for middle and high school students, with some teachers contending with up to 42 students in a single class.

In reference to the full-time author income of $20.3k, here’s a hypothetical breakdown of a cartoonist’s income drawing a graphic novel. It’s no joke. This is why we draw at a breakneck pace, take speaking fees & do multiple full-time projects at once. We have no other option. pic.twitter.com/jWxt6HlWP1

Tressie McMillan Cottom, at Time: I Was Pregnant and in Crisis. All the Doctors and Nurses Saw Was an Incompetent Black Woman

To get the “healthcare” promised by the healthcare bureaucracy, it helps tremendously if the bureaucracy assumes that you are competent. When I called the nurse and said that I was bleeding and in pain, the nurse needed to hear that a competent person was on the phone in order to process my problem for the crisis that it was. Instead, something about me and the interaction did not read as competent. That is why I was left in a general waiting room when I arrived, rather than being rushed to a private room with the equipment necessary to treat a pregnancy crisis. When my butt hurt, the doctors and nurses did not read that as a competent interpretation of contractions and so no one addressed my labor pains for over three days. At every step of the process of having what I would learn later was a fairly typical pregnancy for a black woman in the United States, I was rendered an incompetent subject with exceptional needs that fell beyond the scope of reasonable healthcare.

1. We Did Good, Billfold
2. Question Wednesday
3. What I Learned From Five Years of Writing and Editing for The Billfold
4. How a Program Assistant Dealing With a New Paycheck System Does Money
5. Classic Billfold: What I Wanted From My Move to Portland and What I Got
news roundupthe washington post piece on how much food Trump bought and whether it was enough to feed everyone is fascinating