Improving Your Finances, Cutting Your Spending, and Maybe Retiring Someday? 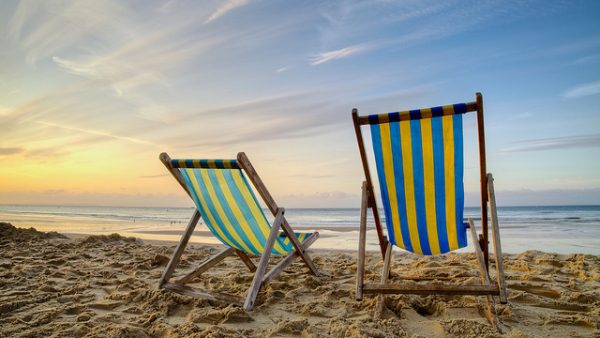 It’s the Tuesday News Roundup! I love it when all of my favorite financial articles from the past few days fit into a theme, so HERE WE GO:

First, at The New York Times: What I Learned From Tracking My Spending for a Month:

I didn’t just write down my purchases — I also wrote down the items I was tempted to buy, and the emotions and justifications I attached to them. This might seem a little touchy-feely, but so much of personal finance is touchy-feely. It helps to understand how you feel when you’re tempted to spend, so that you can watch out for those feelings later.

To quote the Barenaked Ladies, it really is all about value.

The NYT piece encourages you to go from tracking your spending to reducing your spending, though if that feels too arduous you could take Lifehacker’s advice and simply work on improving your finances by 1 percent in 2019:

If you’re getting your finances in order in the new year, here are some suggestions to help you improve by one percent, some courtesy of ChooseFi.com:

If you do choose the “earn 1 percent more” goal, you might have to consider a new job or a side hustle — because the Washington Post just reported that 14 percent of workers aren’t getting raises:

For comparison, the last time the United States had an unemployment rate under 4 percent — in the go-go dot-com years — the number of workers getting $0 raises fell below 10 percent, according to an analysis of Labor Department data from former Treasury Department economist Ernie Tedeschi.

You could also go after the “save 1 percent more” goal by buying less stuff for your baby, as presented in this excellent essay from former Awl contributor Tom Scocca:

First step back and ask the deeper question: What does a baby need? This is the question from which clarity follows. What a baby needs is to get over being a baby.

Do not worry about furnishing “the baby’s nursery.” Designating a room of your home to be “the baby’s nursery” is only marginally less pointless than deciding to call your living room “the Christmas room,” painting it red and green, and bolting a permanent tree stand to the floor. Unless you have a lot of house and are planning to have a lot of babies, the nursery will soon be a plain old bedroom, occupied by a plain old child.

If you’re one of the many people who have many valid reasons for feeding a baby with a bottle, you may hear about needing a bottle warmer. Ignore it. Treat yourself to a nice, fast electric kettle.

The whole piece is hilarious and insightful and kind of sad, rather like Scocca’s earlier essay on the real biological clock:

If my firstborn waits till he’s 35, going on 36, to have a child, the way I did, my grandchild will arrive the year I would turn 71. When that grandchild finishes fifth grade, I’ll be due to turn 81. And that would be the first of my grandchildren.

Are you ready to have a child? Take your age right now and add 18. And nine months, if you want to get particular about it, but call it 18. That’s how old you’ll be for high school graduation. Add 25 and picture yourself traveling to visit your grown-up child in a new city. Add 30. Add 40.

Which brings me to the two retirement-themed articles that’ll round out today’s News Roundup. We’ll go back to the NYT to learn why you might not need as much retirement savings as you think:

Even when it declines, retirement spending in today’s dollars doesn’t always follow a straight path. It often resembles a smile, according to a study by David Blanchett, head of retirement research at Morningstar. That is, it starts high, gradually declines, and then increases toward the end of a retiree’s life. He based his study on real-life data from the Health and Retirement Study, a project of the National Institute on Aging and the University of Michigan.

Those later-year gains in spending are almost always related to health care, Dr. Blanchett said. Even with those increases, however, retirees in their 70s and 80s still tend to spend less than when they first quit working.

And close with The Guardian’s article on early retirement:

[Mr. Money Mustache] divided his life into two phases – the working, earning, saving part and the living, creating, parenting part. “As a young engineer, I remember seeing what a challenge my older colleagues faced with having to divide their attention between their careers and their kids,” he says. “It seemed like they were not able to give their full efforts to either endeavour. So, I decided to focus purely on my work for that period of my life, and then focus on being a dad for the 18 years thereafter. I’m currently on year 13 of the second project.” He and his wife divorced recently, but he says they are “still very close co-parents”.

But you can’t ignore what one Fire aspirant called the movement’s “dirty little secret”: saving on a low income is hell. What does Fire offer those who are on low-paying or zero hours contracts, can’t escape high rent or childcare costs, and will be lucky to get out of poverty and enjoy leisure on a reasonable income at 70, let alone 40?