The Cost of Learning a New Language 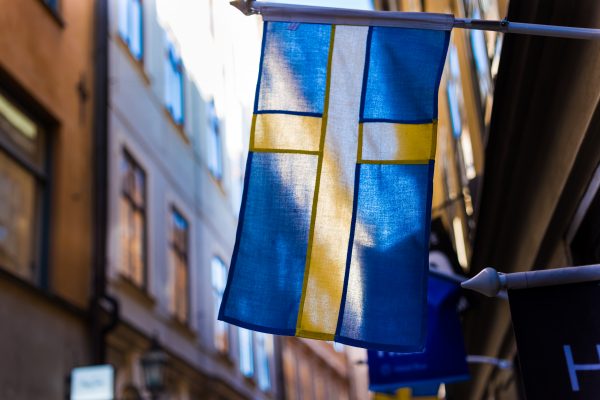 Photo by Jonathan Brinkhorst on Unsplash.

My standard response to the question “If you could have any superpower, what would it be?” is that I would choose to be fluent in every language. There has barely been a year since I was five years old that I haven’t been learning one. Yet I’m only fluent in English and I’m frustrated by my piecemeal knowledge of several other languages.

When I started going out with a Swede I finally had a reason to properly commit to learning a language to fluency. Three-and-a-half years later, I should probably be fluent by now. After all, I’ve spent a hefty proportion of my income on that goal.

I started learning Swedish by taking a night course at my university.

A year of classes for two hours per week cost me $485 AUD (all dollar figures are Australian). I was lucky to have a friend who had studied Swedish and he gave me his copy of the textbook which saved me about $50. I bought the exercise book online for about $35. This was cheaper than buying it from the university bookshop, but did cause some headaches for me. All my classmates had bought from the bookshop, which only stocked an older edition, so the teacher had to give me personalized homework each week.

I made a lot of progress in the first year, and enthusiastically signed up for level two. For my second year of classes, I got serious about the discounts. My boyfriend and my dad enrolled in classes at the same time and the enrollment person generously gave all three of us a ten percent discount for “referring” each other. I got another ten percent on top of that because I was working at the university in addition to being a student there. Plus, in an ultimately failed venture, I enrolled in a French course at the same time, earning myself another ten percent off for enrolling in multiple courses at once. Overall, I saved about $120 on the second year of Swedish.

After two years of learning Swedish in Australia, I moved to the U.K. Brisbane, my home town in Australia, is a city of under two million people which is certainly not known for its cosmopolitan population. Having easily found a course catering to my level in Brisbane, I assumed that it would also be easy to find one in London, one of the world’s great metropolises. This was not the case. Swedish courses are few and far between in London, and the vast majority are for absolute beginners with no prior exposure to Swedish. All of them cost almost as much as my absurdly high rent. I also had to upgrade to the next textbook, which set me back about £30.

I found a course, paid up, studied alongside three retirees for a year, progressed little, and went on my merry way.

Result: I reached an intermediate level after my two years of study in Brisbane, but I think my painfully slow class in London actually caused me to regress. Unless I fork out for private classes, this method has exhausted its usefulness.

So far I have lacked the self-discipline to fully commit to learning through immersion. But I think it’s quite possible for a future, more conscientious, me to do so for cheap or free thanks to the generosity of the world wide web.

My worst Swedish language skill is listening, which is something that would come more easily if I was learning the language organically by living in Sweden. In the UK, the best I can do to simulate that environment is watch a lot of Swedish films, and listen to Swedish songs, audiobooks, and podcasts. I can get these for free but I struggle to make myself sit down and focus on them. When I’m tired after work, it’s much more appealing to watch a TV show I can understand than one in which I can’t figure out if they are talking about getting married (gift) or being poisoned (gift). It’s also more fun to buy new, expensive books even though these only contribute to improving a skill in which I’m already quite strong. My battle with myself over this issue is a work in progress.

A number of people have recommended the language software Rosetta Stone, but it seems like the Encyclopedia Britannica — popular before the internet came around but a waste of money now that so much is available for free. In the early stages of learning, I used Duolingo every day. It was fun and free to use, but it’s angled towards students who want to pick up useful phrases for traveling and there’s only so far it can take you towards fluency.

One of my best free resources is my boyfriend. We have designated Thursdays as a day on which we only speak Swedish with each other. Except I tend to schedule things with my friends on Thursdays so I can limit my time at home, speaking Swedish to my boyfriend. If only I worked as hard at learning as I do at finding ways to avoid it! Either way, I always feel hugely relieved when I wake up on Friday and realize I can speak English again.

Result: not much so far, but potential route to fluency if I stop being a lazy sod.

I have convinced myself that the fastest route to fluency is to do an intensive course in Sweden. This is also the most fun route and, of course, the most expensive. I have obviously taken my cues from Julia Roberts in Eat Pray Love, imagining that I would learn the language by day and sample the delights of the local cuisine by night. Sadly, it turns out that there’s not much demand for that sort of thing in Sweden, and few teaching institutes offer the Julia Roberts package. But the many hours I’ve spent fantasizing about reaching fluency through this method have not been in vain. I’ve got my eyes on one at the university in my boyfriend’s hometown, which means I could sleep on a friend’s couch and avoid paying for the course’s exorbitantly-priced accommodation.

If I won a few grand to pay for the course itself, this is one of the first things I would blow my holiday allowance on. Until then, at least I can use my inability to attend an intensive as an excuse for my lack of fluency!

(Expected) Cost: £3,000 without accommodation but including other living costs.

Where do I go from here?

The cheapest route is to exercise some self-control and focus on learning through the methods that won’t cost any new money: working through the books I already own, consuming Swedish media, getting serious about Swedish Thursdays and perhaps expanding the rule to other days of the week.

If I have a sudden influx of cash, I’ll also consider a few private classes. A cursory Google search tells me that these will be around £30 an hour for a high-quality tutor, and I think I would need them semi-regularly to make them worth the cost. It would be like doing a budget intensive, without the travel. All I need to do is buy some IKEA meatballs (£4.50/kg) and I can have my Julia Roberts experience at home.

Louise Scarce lives in London. She works in politics and writes about other stuff. You can find her buying lottery tickets and using three different search engines to look up flights to Sweden.

1. We Did Good, Billfold
2. Question Wednesday
3. What I Learned From Five Years of Writing and Editing for The Billfold
4. How a Program Assistant Dealing With a New Paycheck System Does Money
5. Classic Billfold: What I Wanted From My Move to Portland and What I Got
experience serieslanguagelearning by doing